In Maryland, 'lax' is code for their favorite sport, played in places where the attitude is anything but. 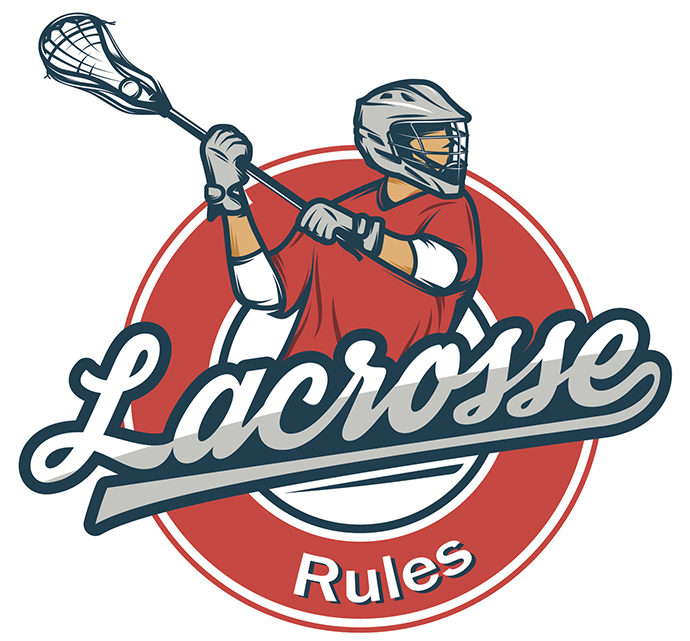 The game of lacrosse, though born further north, is as tightly woven into Maryland’s institutions as the pocket on the crosse itself, ever since members of the Baltimore Athletic Club saw it played in Newport, Rhode Island, in the 1870s.

US Lacrosse and its predecessors had been headquartered on the Johns Hopkins campus in Baltimore for decades. But about a decade ago, as the sport blossomed nationally, the organization’s HQ was bursting at the seams after a sequence of expansions on Johns Hopkins property.

“They’d given us free land,” says Steve Senersen, president and CEO of US Lacrosse, of the organization’s longtime hosts at the university. “They said ‘We love you, but we can’t chew up more land with you.’ That triggered a search for a new headquarters.”

A Baltimore native who grew up playing at lacrosse powerhouse St. Paul’s School and went on to play on two national championship teams at the University of North Carolina, Senersen came to the former Lacrosse Foundation as a way to give back to the sport, which is on a booming growth trajectory — national participation tripled between 2001 and 2015. US Lacrosse today has an annual $4-million economic impact on Baltimore Count, employs more than 80 full-time staff, serves more than 450,000 members nationwide, and has 68 regional chapters in 45 states.

The national HQ search wasn’t corporate, but followed dynamics from which any company can draw lessons. “There was a good, appropriate debate about maybe being more geographically centered,” Senersen says. Thus the discussion included such locations as Indianapolis (known for its national sports organizations and facilities); Columbus, Ohio; and Colorado Springs, known for its national Olympic training centers — “We’re not Olympic, but we aspire to be Olympic one day,” Senersen says. 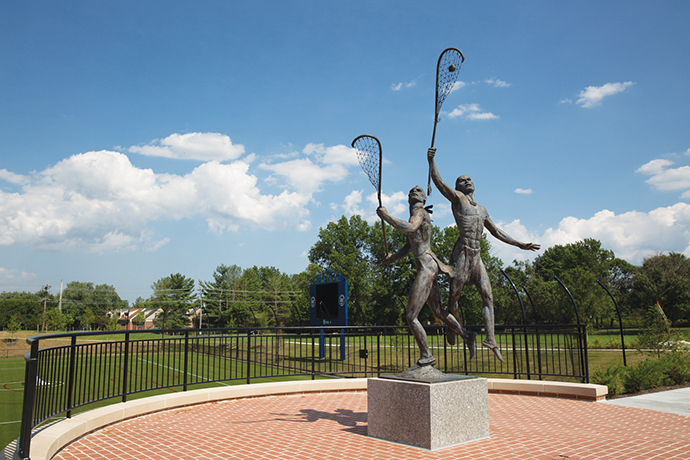 In the end, however, “We felt we were a Maryland organization, and though we serve the nation, we should stay here,” says Senersen, not least because of potential staff disruption from a move. But there was deeper thinking at work too.

“Lacrosse has had a stereotype of being a sport just for some,” Senersen explains, due in part to its spread at wealthy prep and private schools. “So we liked the idea of staying because a core component of our mission is to grow the game, and have everyone have exposure to a lacrosse experience,” including urban youth in Greater Baltimore. There’s a historical thread to such urban areas too, according to a compelling theory Senersen harbors about why certain places like Long Island, Boston and Baltimore became lacrosse hotbeds.

“The uneducated proposition I’d put forth was because those were port towns,” he says, where all manner of culture came and went. Combine Baltimore’s tradition of introducing “new and funky things” with its port history and the early institutional adoption of the game, and you begin to understand why lacrosse occupies such a large profile in Maryland.

The focus first led US Lacrosse to a prized piece of land, among the final undeveloped parcels that was part of a larger commercial development on Baltimore’s Inner Harbor, Harbor Point.

“The PUD [planned unit development process] required public use, and they liked us being a 501(c)(3) non-profit, having a museum, having a field adjacent,” Senersen says. “But it was a development that required a significant TIF [tax-increment financing] from the city, a big number like $100 million.”

The TIF process was taking too long to come together, however, and US Lacrosse couldn’t wait. As time passed, certain aspects didn’t look so attractive after all. It was “sexy” to be part of a prominent commercial development on the Inner Harbor, he says, including the free land, “but it was more expensive to build there. We wouldn’t have equity in the building. And there were complications the TIF created for us. For example, the city charter said no land improved with a public financing instrument can be privately owned or controlled — we can build a field, but can’t control it.”

The organization, not without some controversy, pulled out of the deal, which triggered a new search. Leasing was considered, but, says Senersen, “We concluded it doesn’t make sense to spend $300,000 to $500,000 a year on a building we don’t have the equity in. Better and more prudent to raise the money and own it, and at some point in the future we can either expand here, or decades from now liquidate and have that money to reinvest in the next opportunity.”

Two years after that new search began, US Lacrosse found its new home on 18 acres at Loveton Corporate Center in Sparks, two doors down from spice giant McCormick, and neighbors with companies ranging from a Becton Dickinson site with 3,000 employees to video game company Firaxis Games. The grand opening took place in September 2016.

“We love it,” Senersen says. “We own the land, so it’s prudent for the organization. We own the building, so 25 years from now if we decide to pick up and move to Colorado Springs because we’re an Olympic sport, we can sell it. We’re just north of Hunt Valley, which used to be sleepy, but now is 10 million square feet of mixed-use town center, just north of Towson. A quarter-mile north of us is the urban development demarcation line. So we look out on open, beautiful rolling hills.”

Part of the $15-million fundraising effort for the new HQ was a national campaign whereby collegiate lacrosse programs could purchase a naming opportunity on attractive pillars. Among the pillars so far are a number of Maryland institutions: Johns Hopkins, the University of Maryland, Loyola University of Maryland, the Naval Academy and Washington College in Chestertown.

Washington College was the first college chartered in the new nation of the United States of America in 1782, located on Maryland’s Eastern Shore. With recently awarded grant funds from the Maryland Department of Commerce’s Maryland E-Nnovation Initiative (MEI), the college is developing a new Eastern Shore Food Lab dedicated to studying and experimenting with sustainable food systems, using the Eastern Shore food-shed as its primary context.

The University of Maryland (UMD) continues to help its graduates and community win too. New outgrowth near the institution’s Prince George’s County campus includes the Discovery District, a 150-acre live-work-play and research district located adjacent to MSquare, Maryland’s largest research park and home to 6,500 jobs.

Since 2009, enrollment in the University of Maryland’s Department of Computer Science has tripled to approximately 2,300 students. Hence the development of the Brendan Iribe Center, which will house nationally recognized centers of interdisciplinary research in cybersecurity, computational biology, quantum computing, data science and other tech fields. The six-floor facility, named for UMD alumnus and Oculus VR Co-founder and CEO Brendan Iribe, will support research in virtual and augmented reality, artificial intelligence, robotics, computer vision, algorithms, programming languages and systems. Iribe’s contribution of $31 million for the center was the largest gift in the university’s history.

The U.S. Naval Academy, the first higher learning institution in the US to require cybersecurity classes for all students, in October 2016 broke ground on a new cyber building to be named after Grace Hopper, a pioneering computer scientist and United States Navy Rear Admiral. The first midshipmen with a major in cyber operations graduated in May 2016. As of 2016, more than 42,000 Marylanders worked in cybersecurity occupations.

Johns Hopkins led US universities in R&D spending for the 37th straight year in fiscal 2015, with a record $2.3 billion. “Whether in health or engineering, the sciences, social sciences or humanities, the knowledge generated here ultimately benefits all of humankind,” said Denis Wirtz, the university’s vice provost for research and a professor of chemical and biomolecular engineering, pathology and oncology. “We’re proud at the same time to be supporting the economy in Baltimore and Maryland by doing so much of this work in our home city and state.”

Some of that R&D is pretty far-flung. But the school is grounded locally too. Not long ago, Johns Hopkins and 24 other Baltimore-area businesses unveiled a sweeping plan called the BLocal initiative, pledging to spend more and hire more with local and minority- and women-owned businesses. The commitment from the likes of Under Armour, BGE and others is expected to infuse some $69 million into those businesses over the next three years.

Like the best lacrosse squads, they are starting with the end goal in mind — and aren’t standing around waiting for something to happen.