Projects requiring hundreds of workers per site are increasingly common in The Land of Enchantment. 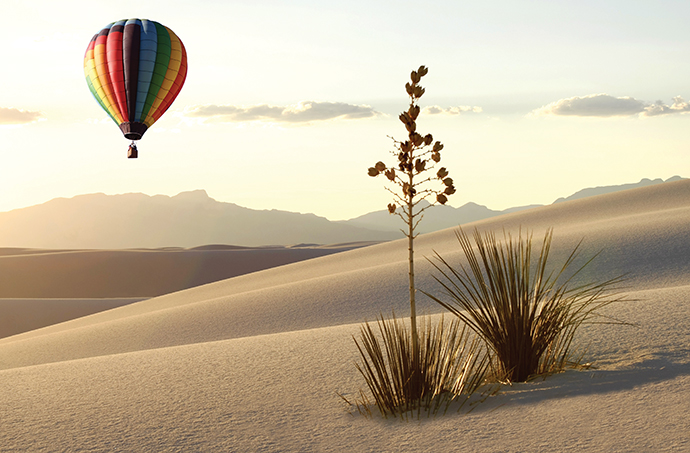 Facebook’s plans to open a sprawling data center complex in Los Lunas garnered lots of headlines in mid-2016. New Mexico beat Utah for the project, the first phase of which will involve a $250-million investment (see the Southwest Spotlight in the November 2016 issue for details). But it won’t employ as many as the Land of Enchantment’s other big win in 2016, at least not yet.

In late June, Safelite AutoGlass announced plans to open a claims processing center in Rio Rancho that will employ 900 — the largest single job creation project in New Mexico since 2009. With that big a payroll, it’s easy to see how the right workers and a commitment from the state to help train them were the deciding factors on that location.

Brian O’Mara, vice president, client service delivery, explains: “There is a cost of getting people up to the skill level we need them to be to represent our brand. We don’t consider ourselves a traditional contact center. We consider ourselves to be best in class. To have the state and the community invest in training dollars to make sure the people we employ can be as successful as possible speaks a lot to the culture of New Mexico and of Rio Rancho.”

It’s more about the workforce than the training dollars, O’Mara insists. “We are a company that relies heavily on our people to represent our brand,” he explains. “They have to be people that are sympathetic, empathetic and compassionate about serving others. We felt that New Mexico and specifically Rio Rancho fit that mold. I have locations in multiple states, I have looked for space in multiple states, and they made it very easy for me to say, ‘Yes.’ ”

The Affordable Solar project demonstrates Facebook’s commitment to buying local materials and hiring local employees as they prepare to build and staff a facility that will span more than half a million square feet in its initial phase. “PNM is committed to renewable energy, and we’re excited to be working with Affordable Solar to expand our solar capacity and power the new Facebook data center,” said Pat Vincent-Collawn, chairman, president and CEO of PNM Resources. “This project is an example of what we can do in New Mexico when we work together toward the common goals of growing our economy, supporting local small businesses and creating good jobs for our community.”

“This project is an example of what we can do in New Mexico when we work together toward the common goals of growing our economy, supporting local small businesses and creating good jobs for our community.”
— Pat Vincent-Collawn, chairman, President and CEO of PNM Resources

Facebook will power the facility with 100 percent renewable energy created by new solar and wind farms. The renewable energy supply will initially be composed of the three solar facilities built by Affordable Solar. The first solar farm is projected to be completed by January 1, 2018, with the other two following close behind. Facebook’s new high-tech data center is projected to be online in 2018.

In mid-February, Governor Susana Martinez announced that SolAero Technologies, a homegrown company, is moving manufacturing operations from California to Albuquerque, creating 100 new high-tech manufacturing jobs. This expansion will help One Web Satellites — a joint venture between the world’s second-largest space company, Airbus Defence and Space, and One Web — to bring satellite Internet to every corner of the globe.

“Thanks to the business-minded reforms under Governor Martinez, we’re able to expand and create new jobs right here in New Mexico,” said Dr. Brad Clevenger, CEO of SolAero. “Without powerful incentives like LEDA [Local Economic Development Act] and JTIP, and a multitude of strong tax incentives, an expansion of this scale would not be possible.”

The New Mexico Economic Development Department has awarded SolAero with $182,090, through the Job Training Incentive Program (JTIP), to support employee training for the expansion. SolAero was the first tenant of the Sandia Science & Technology Park as Emcore Photovoltaics, in 1997. A successful technology transfer startup from Sandia National Labs, Emcore became SolAero Technologies through a 2014 acquisition.