Texas Bests its Neighbors for Renewables

The Lone Star State expects a solar boom to go with its oil & gas resurgence. 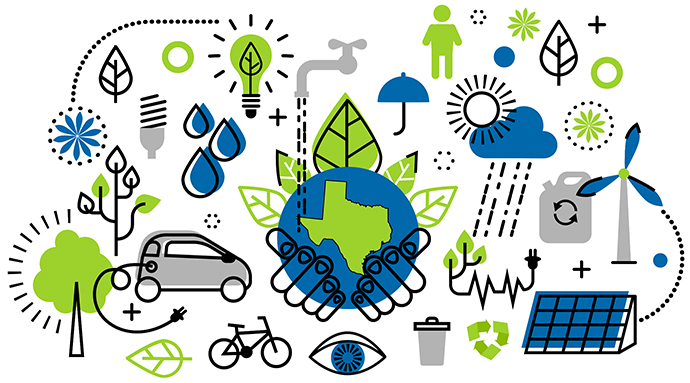 Collectively, the south central states of Texas, Oklahoma, Louisiana and Arkansas have taken a measured approach to developing renewable sources of energy. But as the nation expands its renewable capacity, parts of the region are finding potent strengths to play to and are offering possible lessons to their slower-developing neighbors. Texas and Oklahoma are helping to lead the way in wind power generation, and the region’s long experience in traditional energy sectors is helping it develop a deeper renewables footprint.

Texas, never to be confused with perennially green California, has nonetheless become the No. 1 state in the nation for wind power. No one needs convincing that a lot of wind blows in the Lone Star State, but the growth of the Texas wind power industry appears to testify to its viability. Texas now gets roughly 15 percent of electricity from the wind.

Then-Governor George W. Bush set the policy table for the Texas renewables in the late ’90s with a market-oriented deregulation of the Texas energy industry that also required the state to generate at least 2,000 megawatts of renewable energy by 2009. Texas easily eclipsed that goal as well as those set by Bush’s successor, the current US Energy Secretary Rick Perry. It was the first state in the nation to hit 10,000 renewable megawatts a year, and in 2016, electricity produced by renewables in Texas reached 19,000 megawatts. A 2016 poll by the Texas Clean Energy Coalition found that 85 percent of Texans favored expanding renewables.

Now the Lone Star State is gearing up for solar.

According to the Solar Energy Industries Association (SEIA), Texas invested $372 million in solar installations in 2015, a 48-percent jump over the previous year. Over the next five years, says SEIA, Texas is expected to vault from 10th in nation in solar capacity to second, just behind California.

In a projection released in December, the Electric Reliability Council of Texas (ERCOT) predicted that by 2031, the state will add between 14,500 megawatts and 40,532 megawatts of new energy capacity. The kicker, says the report, is that most of that is likely to come from the sun.

SEIA says there are currently around 500 solar companies in Texas employing some 7,000 workers and providing products and services ranging from solar system installations to the manufacturing of components used in photovoltaic panels.

“There’s a significant amount of investment,” says Sean Gallagher, SEIA’s vice president for state affairs, “and as these investments grow we expect the jobs numbers to grow as well.”

Like Texas, Oklahoma is more readily identifiable as an oil and gas producer than as a source for renewable energy. Yet, Oklahoma ranks a robust fourth in the nation for wind power generation, according to the U.S. Energy Information Administration. In 2015, the state received more than 18 percent of its electricity from wind power. That Oklahoma has lagged in solar, ranking 45th in nation, may largely be a matter of policy. 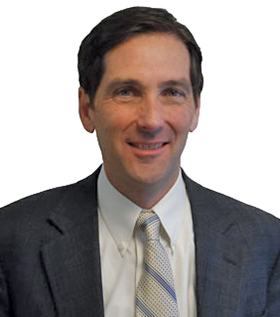 “Most states that have good solar markets have done things to spur the market.”

Gallagher notes that the state’s renewable energy portfolio, adopted in 2010, set renewable energy standards as targets, not requirements. Oklahoma, he says, also lags in “net metering,” which allows rooftop solar systems to sell unused power back to the grid.

“Most states that have good solar markets,” says Gallagher, “have done things to spur the market.” Oklahoma, he says, has not.

As in Texas, where traditional energy companies are also sliding into renewables, Louisiana’s vast oil and gas industry has potent know-how and manufacturing skills that can give it an edge on certain renewable projects.

To that extent, two Louisiana concerns with deep ties to the oil and gas business left an indelible stamp on Deepwater Wind, the nation’s first offshore wind farm, the five-turbine project off Block Island, Rhode Island, which began supplying current late last year. The 400-ton stands that anchor the farm’s massive turbines were designed by Keystone Engineering of Mandeville, built by Gulf Island Fabrication in Houma, and floated by barge to Block Island. The massive structures resemble radio towers, and are based on designs for offshore oil platforms, which the companies have decades of experience constructing. Keystone says the design used at Block Island withstood a direct hit from Hurricane Katrina in 2005 and shaves 20 percent off the cost of traditional supports.

Louisiana currently derives less than 4 percent of its net electricity from renewables, with electricity generated from wood and wood wastes accounting for more than two-thirds of that. Hydroelectric power supplies most of the rest. Louisiana has minimal wind generating capacity, and state subsidies for solar systems, first made available in 2008, expired on January 1, 2017.

One of the top 10 natural gas producers in the nation, Arkansas’ efforts at going green have moved with fits and starts.

One highly publicized failure was that of Nordex USA, which erected a $100-million facility in Jonesboro to manufacture wind turbine components, only to close the plant four years after it opened. LM Wind Power had to repay $3.4 million to Arkansas in 2014 for the same reasons Nordex did, as uncertainty surrounded renewal of the federal tax credit for renewable power businesses. However, the company consolidated operations with a new warehouse begun in spring 2016 at the Little Rock Port Authority Industrial Park.

The state ranks near the bottom in solar energy jobs, according to the 2016 National Solar Jobs Census from the National Solar Foundation. However, a total of 16.3 MW of solar capacity were installed in Arkansas in 2015, a 640-percent increase over 2014 and good for 23rd-most installed capacity for the year.

Growing companies in Arkansas are interested in growing their own renewable power capacity too, and are doing their part to lead the way on policy. Aeroject Rocketdyne, which in 2015 committed to an $18-million, 85-job expansion at its complex in East Camden, that year also finished work on a new solar farm.

“Technology adoption is often the hardest part of innovation,” said Jack Rockstad, site lead at Aerojet Rocketdyne’s Camden facility, when the project in May 2016 won the inaugural Arkansas Department of Environmental Quality (ADEQ) TECHe Award. “The 12-megawatt solar farm has broken down the social and political barriers required for the adoption of large-scale clean renewable energy in Arkansas.”