‘Big’ is a relative term in Southwest Louisiana, as industrial plant investors from around the world converge on a 5-parish area rich in resources and infrastructure. 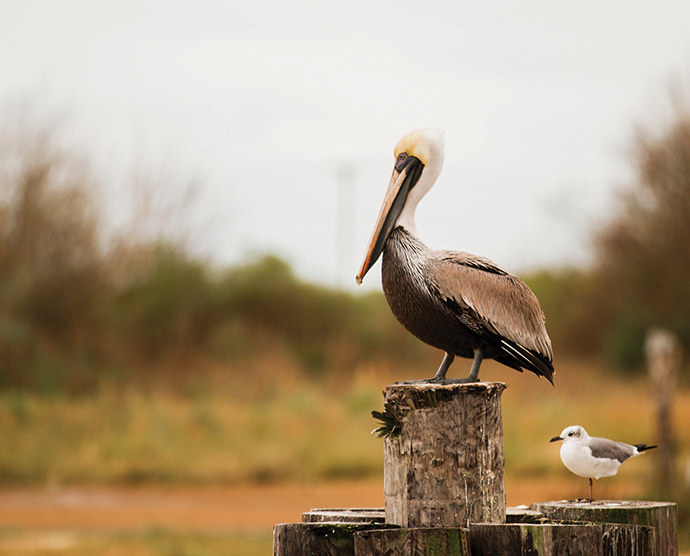 When your region has $43 billion in capital investment projects under construction, plus another $74 billion in projects announced or pending final approval, it might be tempting to become complacent.

In Southwest Louisiana, the mood of the business community and the civic leadership is anything but complacent. In fact, it would be more accurate to sum up the mantra of the five-parish region as “full speed ahead.”

Bolstered by a petrochemical and transportation infrastructure network that is second to none in the US, Southwest Louisiana has already seen $1.74 billion in construction completed since 2012. By 2020, if all goes as planned, that number will top $117 billion.

To put that staggering figure into perspective, consider this: that sum is about a third of the total capital investment that takes place in the entire US in a typical year.

That it is happening in a region of 300,000 people is even more remarkable. The folks who call Allen, Beauregard, Calcasieu, Cameron and Jefferson Davis parishes home have become accustomed to driving around and through large construction zones.

Because, in this fertile region of the Southern Louisiana bayou, hardly anything is done small.

“Today, more people work in the Greater Lake Charles area than ever before in history,” says Don Pierson, secretary of Louisiana Economic Development. “That same robust level of commerce will likely continue through 2017, 2018 and 2019. We continue to entertain opportunities around additional facilities and expansions. At the same time, we are very focused on allowing small businesses to access the opportunities represented by these major corporate investments.”

“The infrastructure of gas pipelines in the US allows for Southwest Louisiana to be a key location for these large-scale capital investments,” says Pierson. “The gas supply itself has grown exponentially as new technology has allowed us to unlock an extraordinary supply of low-cost natural gas. Southwest Louisiana has such robust port access that allows this commerce, aggregated from all over America and brought to this location through all the pipelines to the Henry Hub, to then go globally from there.”

Kim Cusimano, manager of public affairs for Sasol North American Operations in Westlake, Louisiana, says that Sasol remains on track for completion and initial operation of its gas-to-liquid chemical production complex in 2018. 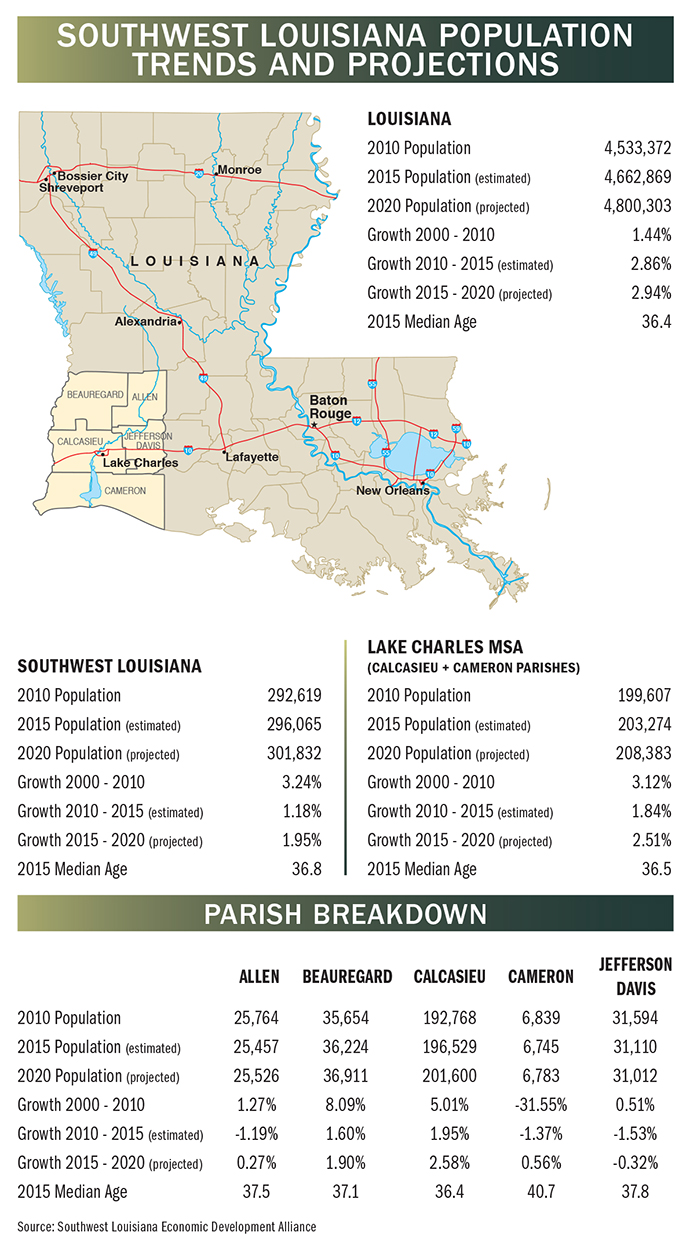 “Overall completion of our ethane cracker and derivatives project in Southwest Louisiana reached 55 percent this past fall,” she says. “Site civil and concrete work is nearing completion; and mechanical, instrumentation and electrical work is ramping up with approximately 5,000 workers on site. Procurement of equipment is nearly 100 percent committed.”

Training these workers is the responsibility of a public-private partnership between Sasol, the state of Louisiana and SOWELA — the technical college for the region. The state provided $20 million to build a new training facility on the campus of SOWELA at the Chennault International Airport in Lake Charles.

Demand for workers shows no sign of slowing anytime soon, says George Swift, president and CEO of The Southwest Louisiana Economic Development Alliance. “Some 15,000 construction workers are here right now working on building the many large-scale industrial plants in our area,” he says. “We will pick up another 10,000 construction jobs this year. They come from all over the country. I see a lot of trucks from Texas, but they come from everywhere.”

That is not an idle observation. Louisiana ranks as the No. 1 construction environment in the nation, says a new scorecard called “Building America” from Associated Builders and Contractors. States were ranked on seven criteria: job growth, CTE education, workforce development, public-private partnerships, right-to-work, PLAs, and prevailing wage. On that basis, Louisiana ranks first, topping No. 2 Virginia and No. 3 North Carolina.

Ports Provide Gateway to the World

Workers flock to Southwest Louisiana for many reasons, but none bigger than the Port of Lake Charles, which tends to drive the economic engine of the region.

“We are reaching up to a headcount of 4,000 construction workers on site at the port every day,” says Bill Rase, director of the Port of Lake Charles. “Cameron LNG is under construction. Sasol is under construction. And we just completed a lease agreement with a new LNG plant operator called Driftwood that includes a lease option on 620 acres at the port. Located just north of Cameron LNG and south of our industrial canal, Driftwood is expected to be an $8-billion-$10-billion capital investment.”

Port infrastructure is expanding to keep pace. “We added a 115,000-sq.-ft. modern shed and took down two older sheds to put in an open-dock situation for handling cargo,” says Rase. “Our new grain elevator is now functioning, allowing us to bring a lot more grain product into the port. Southern Ionics already brings aluminum dehydrate into the port; and Lake Charles Methanol will be a $3.6 billion investment, and the port will be the operator of the feedstock coming in and the final product coming out.”

We will be in the top 10 in cargo tonnage in the US in two to three years. That is quite an achievement for a small community like Lake Charles.”
— Bill Rase, Director, Port of Lake Charles

The port is also home to two of the largest employers in the region: Golden Nugget Lake Charles and L’Auberge Lake Charles, casinos that employ more than 5,000 workers combined.

“The future of the port looks good,” Rase says. “This methanol project will stabilize our bulk terminal for 20 years. At City Docks, between the grain elevator and Southern Ionics, that is stable for the next 20 years too. We will be in the top 10 in cargo tonnage in the US in two to three years. That is quite an achievement for a small community like Lake Charles.”

From the Airports to an Inland Port?

“We are always growing, and right now we are looking at establishing an inland port here,” Robb says. “We have hired an engineering consultant to determine the development potential at Chennault. It is virtually unlimited. Rail that goes by Chennault terminates at the Port of Long Beach in California. We may cooperate with Union Pacific on that project. With 32 million people residing within 600 miles of Chennault, that is a very big market for perishable goods.”

Chennault is expanding to keep up. “We have completed the widening of Taxiway A to serve as an alternate runway and completed the conversion to LED lighting on it. We have made room in Hangar H for a boutique airline,” he says. “They will be moving into it in March with over 750 jobs for a headquarters and primary hub. In addition, three companies are vying for Hangar G for MRO work on the A-320, the Boeing 737 and C-130 aircraft.”

Meanwhile, tenants at Chennault continue to grow and hire more workers. Northrop Grumman, Millionaire and Louisiana Millwork are all expanding their workforce and their facility footprint on site, says Robb.

“A company that wants to put a renewable energy plant just south of the airport on our 160-acre tract there should start building just prior to summer,” Robb says. “We are coordinating with the Port of Lake Charles because they want to export their product through the port. This project will be in the range of $900 million.” 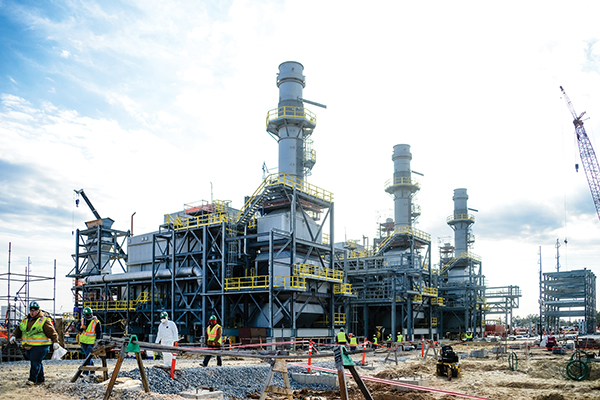 Clair Marceaux, Port Director, Cameron Parish Port, Harbor & Terminal District: “With these LNG facilities coming online and adding 195 LNG vessels and 5,000 offshore support vessels to the Calcasieu Ship Channel, we need to make dredging of the ship channel a top priority. We also hope to see construction begin soon on the $1.5-billion Port Cameron LLC project, a 500-acre, deepwater staging port. JLL is working to locate the tenants, but this project is expected to create 1,200 jobs.”

Ryan Bourriaque, Parish Administrator, Cameron Parish Police Jury: “We have around $30 billion in private investment going on in two LNG facilities — Cheniere Energy in Johnson Bayou and Cameron LNG in Hackberry. Cheniere is exporting LNG now and is the first exporter of LNG in the lower 48 states. The LNG sector is significant for us. It could not have come at a better time.” 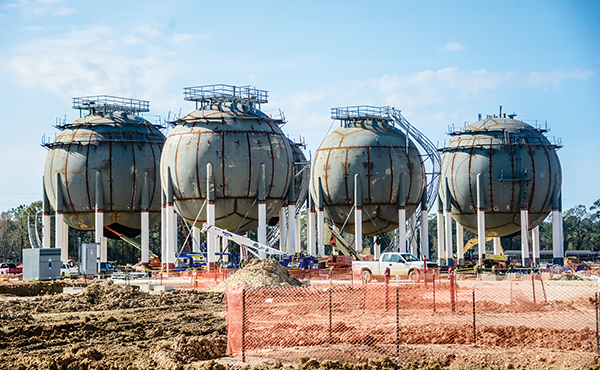 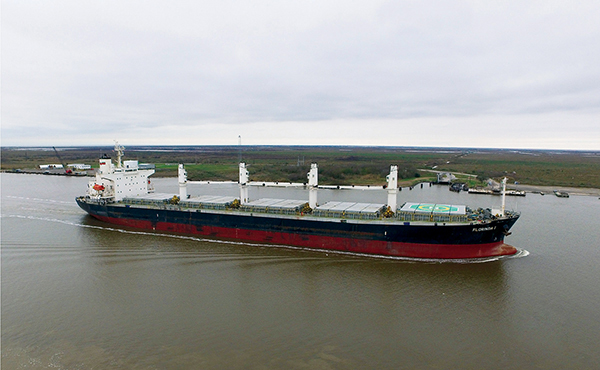 A New Airport Park Takes Off

The port is not the only transportation infrastructure that’s vital to the regional economy. At Beauregard Airport in DeRidder in Beauregard Parish, a new certified site is being heralded as the start of a new era of industrial growth.

LED approved the application to make the 1,187-acre parcel a certified site. DeRidder Mayor Ron Roberts said the designation would improve the community’s chances to land industrial projects in the future.

The land is zoned industrial and features access to KCS/Timber Rock Railroads with a rail spur, access to US Highway 190 and US Highway 171, onsite utilities and a 5,495-foot runway.