Looking at the biggest spenders in the most active industry sectors offers insight into the flow of worldwide commerce and investment. 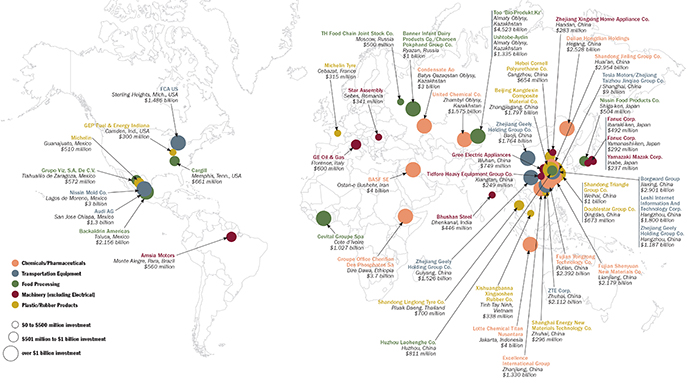 For the first time in years, the industry sector tallying the most projects in a given calendar year is not transportation equipment. 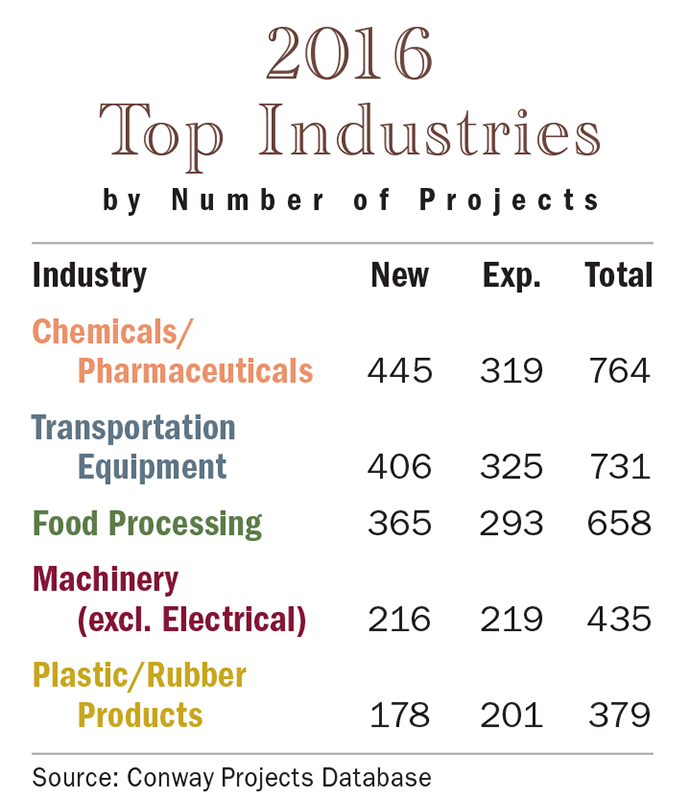 Site Selection’s analysis of the Top Industries for corporate facility investment in 2016 reveals the Top 10 projects by capital investment in each of the five leading sectors, depicted in the map. Though both of the top two sectors surged in total project numbers, chemicals/pharmaceuticals overtook vehicles as the top sector, with 70 more projects tallied by the Conway Projects Database than in 2015. Food processing and machinery took the third and fourth spots as in past years, with plastic/rubber products edging out fabricated metals in fifth position.

The proprietary Conway Projects Database tracks private-sector facility investments around the world, based on at least $1 million invested, at least 20,000 new sq. ft. or at least 20 new jobs created. The number of projects tallied overall in the five leading sectors totaled 2,967, more than 200 more than the 2,760 tallied in 2015, largely due to more projects tracked outside the US. In fact, most of each top sector’s top 10 projects by investment occurred outside the US.

Trends among these big projects include continued investment in China across all five sectors; big-ticket projects in Japan and Kazakhstan; and a continued lean toward more greenfield investment, as 54 percent of the qualified projects (identical to the percentage in 2015) were new facilities, not expansions.