The inaugural World Trade Day in Atlanta will address issues on everybody’s mind.

When the World Bank released its 2017 Global Economic Prospects report on January 10, 2017, the 10 days remaining until a newly elected US president took office overshadowed the report’s projections like a terrifically huge cloud of uncertainty.

The report forecasts 2.7-percent global economic growth. But investment growth in emerging-market and developing economies fell to 3.4 percent in 2015 from 10 percent on average in 2010.

“We can help governments offer the private sector more opportunities to invest with confidence that the new capital it produces can plug into the infrastructure of global connectivity,” said World Bank Chief Economist Paul Romer.

But even as that global connectivity increased with such developments as the European Parliament’s approval early this year of a free trade agreement with Canada, trade policy questions in the US and abroad keep hovering.

To officials at The World Trade Center Atlanta, the time couldn’t be better to talk things through. The organization is establishing the 1st Annual World Trade Day in Georgia on May 2, 2017, when a daylong conference will be held at the Georgia International Convention Center, a five-minute train ride from the main terminal at Atlanta Hartsfield-Jackson International Airport. The conference will feature a keynote address by Matthew T. McGuire, a financial services leader from Chicago who served under President Obama as the US executive director at The World Bank Group.

“One of the striking things to me is the degree to which overseas investors want to invest in the United States” due to deep and well-regulated capital markets and the quality of US companies themselves, McGuire says. “High on the list of things other countries want are our businesses and our R&D. We’re a font of innovation and technology research. US companies are thought of as less corrupt. And people just like America. We generally have a lot of goodwill around the world, and that redounds to our businesses. Most businesspeople are really commercial diplomats.”

And those leaders have families — the ultimate ties that bind. McGuire recalls when a leading Nigerian businessman said to him, “I have six nieces and nephews in Los Angeles, but I don’t have any in Shanghai — who do you think I want to do business with?”

Do trade agreements help? At their most basic, McGuire says, “having access to more markets is important if US companies are going to grow at the rate we would all like to see them grow.” He also notes that advisors to the new president and commerce department include some, such as Dow’s Andrew Liveris, who advised the former administration too, “so there is some continuity.” And he calls attention to one salient point: It’s not just about shipping goods. It’s about moving people back and forth too. 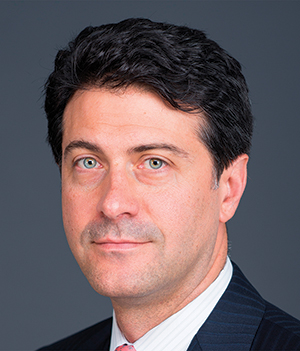 “That’s one of the reasons the initial moves on the bans of people from those seven countries were seen as a warning flag by a lot of businesspeople,” says McGuire, noting that the first point of business when a US-Brazil business council meeting took place a few years ago was a plea from Brazilian CEOs to ease movement of their people to and from the States. Quick action ensued to get more consulates in place to issue visas.

“You get on planes and go visit people,” says McGuire. “That flow of people is so important.”