From Bud to Full Bloom 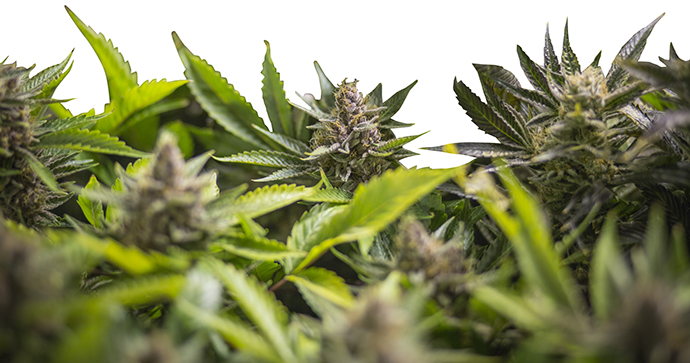 If you’ve been to Colorado lately, you’ve probably noticed more than a few marijuana dispensaries popping up on street corners. But what you may not have noticed is the number of ancillary businesses supporting the industry behind the scenes.

In 2000 the state first legalized the use and possession of medical marijuana, which paved the way for the state’s next lift of marijuana prohibition in 2014, thus allowing adult recreational use. Over the years, marijuana dispensaries, cultivators and product manufacturers have worked through the industries’ growing pains and become legitimate corporations.

Sally Vander Veer is the president of Medicine Man, which operates two dispensaries in the Denver area and employs 75 people. She says people are often surprised by what they see when they tour her facilities. Where people might expect to see long-perpetuated stoner stereotypes as employees, they’re instead greeted by college-educated professionals in a clinical environment. The company is expecting to add another 15 employees with the opening of another dispensary location and has also opened a cannabis consulting firm, Medicine Man Technologies, that is providing services in 14 other states.

To put it bluntly, the legal marijuana industry has a huge impact on the state’s economy. According to the Marijuana Policy Group’s 2016 Market Intelligence Report, marijuana was the second largest excise revenue source, earning $121 million in both sales and excise tax revenues, in 2015. The report also indicated the industry generated $2.39 billion in state output and created more than 18,000 new full-time equivalent jobs that same year, and is the fastest-growing sector in the state.

According to MPG’s projections, the demand for legal marijuana in Colorado is expected to grow by 11.3 percent each year through 2020 — when it is likely, like a robust bud, to reach full saturation.

If you ask marijuana professionals in the state, they’ll tell you the market is already highly saturated with dispensaries, cultivation operations and cannabis-infused product manufacturers.

“Colorado reported $1.3 billion in marijuana revenue in 2016, but it’s being divvied up across 2,900 licenses at 1,100 businesses,” Emily Gordon says. “The total revenue is likely to increase as the stigma associated with marijuana fades, but it’s logical to expect the market to consolidate as it matures. As a result, new startups are more likely to find opportunities as service providers to the industry rather than as licensees in the industry.”

Gordon serves as the in-house council for compliance software company Simplifya, located in Denver. The company was founded in 2016, and recently launched its cloud-based app to help marijuana businesses perform simple self-audits in order to remain compliant with complex industry regulations on both state and local levels. The company is planning to launch in California, where recreational marijuana also has been legalized.

“A lot of people are migrating to Colorado,” Steve Weitzner, site selection and economic development consultant with Silverlode Consulting Inc., says. “The millennial workforce is largely defined by this interesting phenomenon: Not all of them, but a lot of them, choose a place to live first and then they consider employment options.

Whereas prior generations used to find a job and move to where that job was. So an interesting thing we’re seeing in site selection is that companies now are moving to follow the labor force, rather than establishing a presence somewhere and hiring people and bringing them to where they’ve chosen.”

This phenomenon can be clearly seen in the Denver metro area. In 2015, Metro Denver’s population was 3,075,701. The population is expected to grow by more than 500,000 in the next decade, according to the Metro Denver Economic Development Corporation. More than 43 percent of the metro population have at least a bachelor’s degree.

“That Denver metro area is really a magnet for bright, young people, and that really acts as a magnet for a lot of companies to locate there and access that workforce,” Weitzner says.

Take Xero, for example: Xero offers international cloud accounting solutions for small businesses. Earlier this year it announced it would move its Americas headquarters from San Francisco to Denver. The company has hubs across the US in San Francisco, Austin, Seattle and New York.

Now you see entrepreneurs who aren’t afraid of the risk coming up with creative, outside-the-box solutions to all of the needs of the industry — HR, staffing, compliance — you name it, there’s probably a marijuana specific startup for it.”
— Emily Gordon

“We originally opened the Denver office to be a small customer support and sales site. We quickly realized we could access great talent here and expanded those teams to include DevOps and now we are hiring across all functions at Xero,” says Andy Burner, vice president of People and Business Operations at Xero.

“Colorado is the second fastest growing state in the US, and Denver is making important investments in infrastructure and transit to accommodate growth and help attract world-class talent,” Burner says. “While we were establishing hubs across the US in order to widen our talent pool and be more compatible across time zones, at the end of the day, Denver is beautiful. The lifestyle it affords young tech talent is plentiful, with the mountains just a stone’s throw from downtown. There’s a lot going on to keep you occupied and inspired.”

While Xero does have a number of subscribers in the marijuana-related industries, it primarily serves more traditional small businesses.

Where One Door Closes, Another Opens

“Colorado’s marijuana industry has basically opened up a whole new world of opportunity, in large part due to the fact that many existing, traditional businesses are unwilling to work with marijuana businesses,” says Gordon. “So now you see entrepreneurs who aren’t afraid of the risk coming up with creative, outside-the-box solutions to all of the needs of the industry — HR, staffing, compliance — you name it, there’s probably a marijuana-specific startup for it.”

Vander Veer echoes the sentiment, saying there are still many business services that won’t serve the marijuana industry. But she notes there are also more traditional business and professions taking advantage of the underserved market.

“In marijuana we’re dealing with real estate, taxes, contracts, enforcement and all kinds of government agencies, not to mention it’s a very, very regulated environment,” Vander Veer says. “So initially it was difficult, but now I think early adopters are seeing a huge opportunity for a practice for them to come in and specialize in marijuana. Find a niche, get in there early, establish yourself and be smart. It’s really exciting.”

Some examples of marijuana industry innovators include Denver-based MassRoots and O.PenVape. MassRoots is a social media platform with over 1 million users that allows marijuana users to rate strains on medicinal efficiency at treating various illnesses including epilepsy and chronic pain. This company was established in response to advertising limitations placed on dispensers and growers by popular social media platforms.

O.penVape, a vaporizing pen that allows consumers to use marijuana without having to smoke it, began in 2012 and has become one of the largest brands in the industry.

While the opportunities are vast, Weitzner cautions against looking at changes in Colorado’s workforce and economy through a purple haze, and notes that many of these changes were occurring before the legislation. He says other states with legal marijuana industries, such as Washington, are also experiencing similar surges with the attraction of a highly-educated workforce, creative startup scene and thriving economies. He says he’s interested to see what a few more years of data will reveal about the industry’s effect on economies.

“If you look at this thing through some filter of moral judgment you could probably invent some reason why this is a bad thing,” Weitzner says. “But we haven’t really seen the negative yet, and things overall look quite positive.” 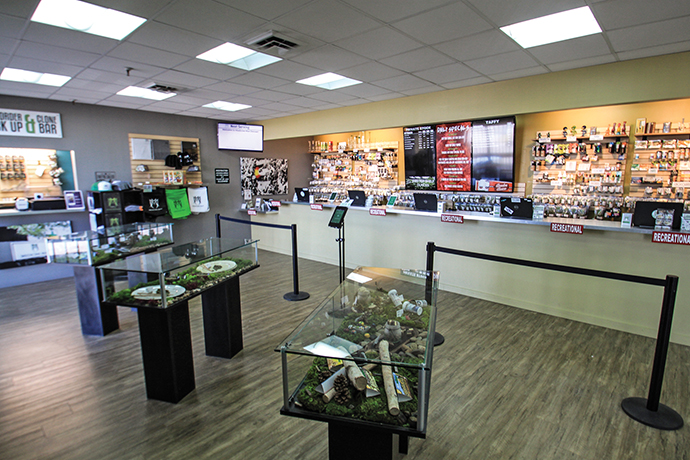