With dark signals from the north looming, the expanding ports of Mexico — along with other infrastructure investment — improve the nation’s trade prospects in all directions. 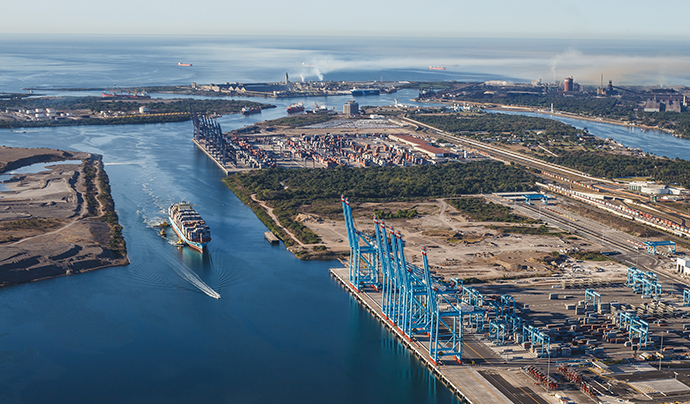 By the final phase of buildout at Lázaro Cárdenas, which is scheduled to happen between 2027 and 2030, the $900-million APM terminal will have a capacity of 4.1 million TEUs, with 15 STS cranes and 10 rail tracks providing intermodal access to Mexico’s interior.
Photo courtesy of APM
by ADAM BRUNS

The long-simmering promise of Lázaro Cárdenas couldn’t be snapping to life at a better time.

Even as protectionist policies from the US threaten US-Mexican trade and commerce, this country (like the other NAFTA partner Canada) has other fish to fry with other nations. Mexico’s ports are key players, as the country handles Latin America’s third largest container volume, behind only Brazil and Panama.

“Mexican ports handled a combined 5.4 million TEUs in 2015, reflecting a growth rate of 7 percent, far outperforming global container market growth of just over 1 percent for the year,” APM Terminals reported last year as it announced it was pushing ahead with its new $900-million, deepwater, semi-automated Lázaro Cárdenas Terminal 2 (TEC2) project, expected to add another 1.2 million TEU in port capacity to the nation’s portfolio.

Investors first started hearing about the growing port there about a decade ago, and it’s now become the nation’s second busiest. Throughput at the Port of Lázaro Cárdenas rose by 6 percent in 2015 to 1.05 million TEUs, trailing only Manzanillo (with 2.4 million TEUs handled in 2015) among Mexico’s busiest container ports.

A major milestone was reached in February, as the new APM terminal received its first official vessel call with the arrival of the 9,600-TEU-capacity Maersk Salalah on the AC2 Transpacific service from Asia (pictured).

“We have a significant portfolio across Latin America, and this will be our second terminal in Mexico after Yucatan,” said Morten H. Engelstoft, CEO of APM Terminals. “We are pleased to be a contributor in helping Mexico to reach its growth ambitions.”

APM Terminals’ other Latin American operations include interests in two terminals in Colombia, one in Peru, one in Argentina, and four in Brazil, with new terminals also in development in Quetzal, Guatemala, and Moin, Costa Rica.

“Mexico is a core part of our strategy of investing in growth markets and building state-of-the-art facilities to run more efficiently the supply chain from the heart of Mexico to Asia and the rest of the Americas,” said Jose Rueda, managing director for APM Terminals in Mexico. “With the capacity to receive the world’s biggest ships and provide additional connectivity inland via our terminal at Cuautitlan Izcalli in the industrial zone of Mexico City which is surrounded by over 200 onward distribution centers, we are in a unique position to facilitate trade for the country.”

The Mexico City area and its 20 million people — including a rising cadre of middle-class consumers — generate 26 percent of Mexico’s economic output.

According to Mexico’s Secretariat of Communications and Transportation (SCT), while some of the country’s planned $586 billion in infrastructure projects between 2014 and 2018 have been affected by the drop in international oil prices, current economic growth will allow many to continue moving forward. In addition to substantial investment to increase rail cargo volume, port projects in addition to include an expansion valued at between $1.5 billion and $2 billion at the Port of Veracruz (first phase projected to move forward by 2018), with a second, $3-billion expansion slated to be finished by 2030.

Meanwhile, in Manzanillo, a $100-million investment in industrial zone infrastructure next to the port is underway, and a new container terminal — whose efficiency will be aided by a new rail tunnel — will double capacity to 4 million TEUs. “Concessions to operate terminals in several ports will become available in the near future,” said the SCT last year, noting business development opportunities in container cranes, heavy materials handling equipment, environmentally-friendly waste management systems, security systems, IT services, design and construction services and dredging. “Concessions to operate terminals at the Port of Veracruz are expected to become available in 2018.” 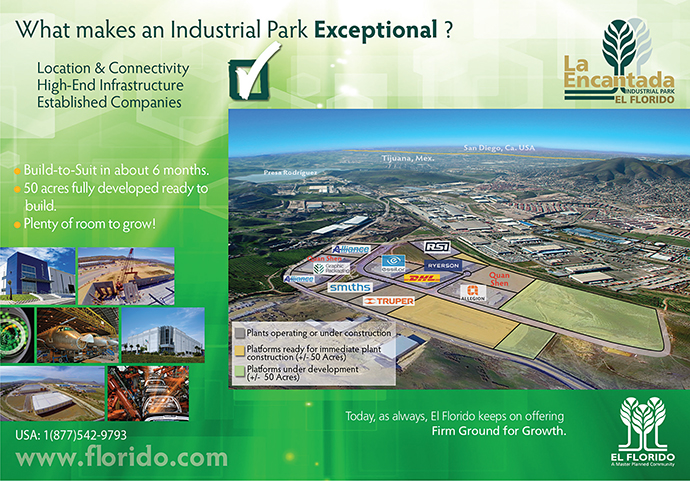