All Those Ones and Zeroes Add Up to BILLIONS 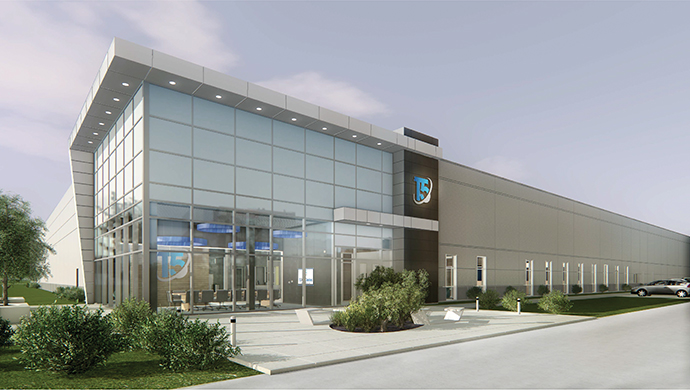 It might surprise you to learn that traditional data center leaders Virginia and Texas have been challenged since 2016 began by Michigan, Iowa, Missouri and Ohio. But one thing all those servers in all those data centers will tell you straight up: Numbers don’t lie. Especially when they come from Site Selection’s Conway Projects Database.

Globally, Ireland, China, India and Canada lead the way in project activity, with server racks lining up in Quebec in particular, as well as in such global metros as Dublin, Melbourne, Frankfurt, Amsterdam and Singapore. But the biggest splashes are coming from a new $750-million Facebook project in the Columbus, Ohio, suburb of New Albany, another investment from Facebook in Virginia; a $1-billion deal from global colocation leader Digital Realty Trust (which officially merged with Dupont Fabros in September) in Garland, Texas; and a $1.3-billion center from Apple outside Des Moines.

According to a report issued by CBRE in September, US data center investment (inclusive of all single asset, portfolio and entity-level/M&A transactions) reached record levels during the first half of 2017, totaling $18.2 billion — more than double the investment tallied during all of 2016.

“Over the past five years, more than $45 billion of investment capital has flowed into the data center sector, with more than 50 percent of that total occurring since the start of 2016,” said Pat Lynch, senior managing director, Data Center Solutions, CBRE.

The Big Seven major data center markets — Atlanta, Chicago, Dallas/Ft. Worth, New York Tri-State Region, Northern Virginia, Phoenix and Silicon Valley — combined for nearly 88 megawatts (MW) of positive occupancy gains in the first half of 2017, said CBRE, with Northern Virginia absorbing nearly 42 MW in H1 2017. “Northern Virginia is the largest and most active data center market in the world,” CBRE noted, “with its wholesale inventory larger than that of any country in Europe or Asia Pacific.”

CBRE tracked nearly 284 MW of wholesale capacity currently under construction in the primary data center markets, with 46 percent of that space already pre-leased (131 MW). Northern Virginia remains the most active development market, with more than 10 new projects (119 MW of wholesale capacity) in the pipeline as of the end of H1 2017. Other markets with significant construction activity include Dallas/Ft. Worth (47 MW), Chicago (41 MW), Silicon Valley (30 MW) and Phoenix (28 MW).

FB Twins in OH and VA

In August, Facebook announced it had chosen to build a new data center in the New Albany International Business Park in the suburb of Columbus, Ohio. The 970,000-sq.-ft. (90,113-sq.-m.) facility will be powered by 100 percent renewable energy. The project, the company’s 10th data center, will be situated on a 345-acre (140-hectare) site, and is slated to begin delivering services in 2019. Facebook expects to employ approximately 100 workers at the site. Among the attractants were the park’s high-speed fiber-optic network, triple-feed electric capabilities and its technology- and shovel-ready sites.

In Northern Virginia in early October, Virginia Governor Terry McAuliffe announced Facebook would invest another $750 million and create another 100 jobs in exactly the same sized data center in the White Oak Technology Park in Henrico County, formerly known for its semiconductor manufacturing. In addition, due to a new renewable energy tariff called Schedule RF designed by Dominion Energy Virginia and Facebook, hundreds of millions of additional dollars will be invested in multiple solar facilities in the Commonwealth to service the Henrico data center with 100 percent renewable energy.

“When considering new data center locations, we not only look for clean and renewable energy solutions, but great partnerships within the local community, a strong pool of local talent, excellent access to fiber, and a robust electric grid,” said Rachel Peterson, director of Data Center Strategy at Facebook. “Henrico County and the Commonwealth of Virginia has it all.”

Apple of My iPhone

One hundred jobs appears to be approaching a standard for enterprise-level data centers. That’s how many positions will be created by the new Apple facility in Reno, Nevada. “Reno has become a hotspot for data centers because of its safe location, proximity to main fiber channels and access to renewable energies,” says Will Steffens, principal at Sugarloaf Associates. “With new interest from Switch and Tesla and a recent land grab of 1,210 acres (490 hectares) by Google, the region’s appeal to the data center market is growing stronger, with no end in sight.”

In August, Apple announced it would build a $1.3-billion data center in Waukee, Iowa, in the Des Moines area, that like Facebook’s sites will run entirely on renewable energy. the The company is contributing up to $100 million to a newly created Public Improvement Fund dedicated to community development and infrastructure around Waukee. Apple plans to bring it online in 2020.

Living On the Edge

Virginia-based EdgeConneX, backed by Comcast Ventures, offers a glimpse into the location strategy of non-enterprise, colocation data center providers. The company says it manages “a proprietary database of 4 million buildings, 14 million businesses and 200,000 cell towers that we collectively use in partnership with our customers to determine the most optimal site for our next build.”

Those optimal sites have included a second data center in Miami announced in January and its first multi-tenant data center in Toronto, its 40th worldwide. 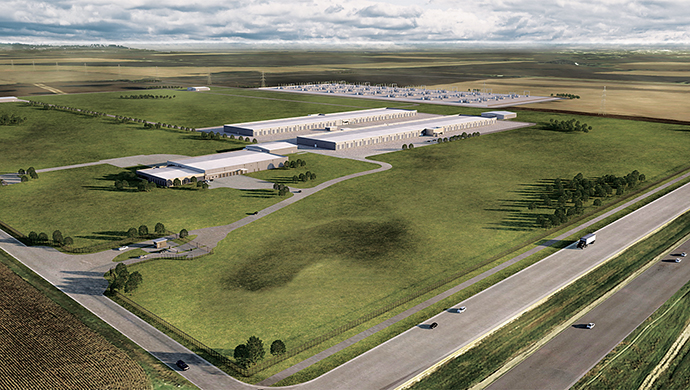