The hidden gem of the Arabian Gulf offers a rich history and a flair for all things modern. 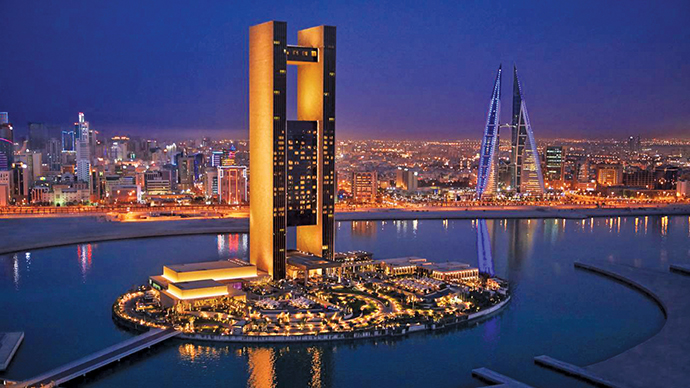 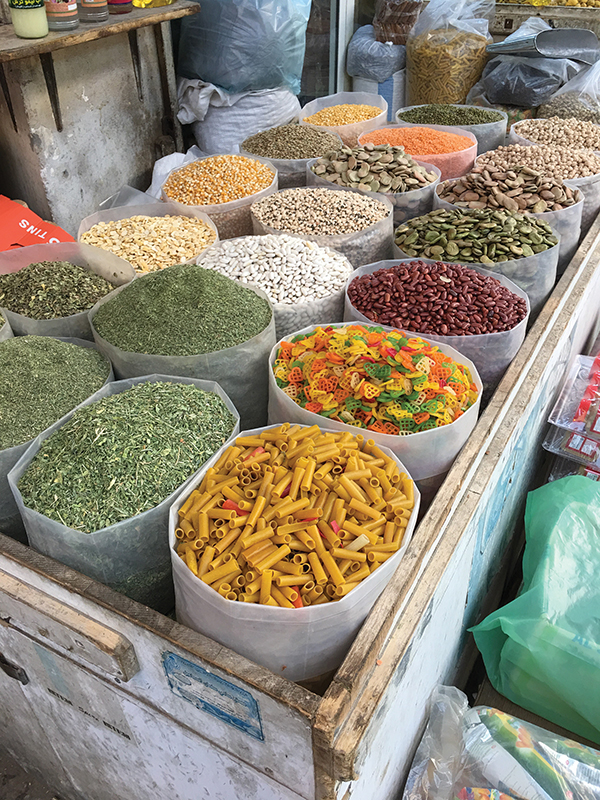 Exotic spices, candies and pastas outside a shop in the Manama souk.
Photo by Gary Daughters

Each weekend, Bahrain’s population of 1.4 million people swells with guests from the length and breadth of the western Arabian Gulf. Drawn by the kingdom’s laid-back vibe and famously friendly people, families pack their cars for the 16-mile excursion across King Fahd causeway to one of the region’s most intriguing assortments of high-end resorts, glitzy shopping malls, inventive cuisines and rich history.

Last year, Bahrain welcomed some 12.3 million guests, nearly 10 times the country’s population and a 6-percent increase from 2015. As the number of visitors continues to grow, the Bahrain Tourism and Exhibitions Authority expects the tourism sector to represent 7 percent of non-oil GDP in 2018, and to further expand in the years beyond.

“As far as promoting Bahrain as a tourist destination we’ve really just started,” says Yousef Alkhan, Director of Marketing and Tourism Promotions at the Bahrain Tourism and Exhibitions Authority (BTEA).

Alkhan, at his office in Manama, tells Site Selection that in 2016, 83 percent of international guests “came from the causeway,” another way of saying from Saudi Arabia and the neighboring countries of the Gulf Cooperation Council. Now, Bahrain is reaching out to the rest of the world, having recently launched an international branding campaign that includes the establishment of tourism offices in western Europe, Russia, India and China.

“China’s a no-brainer,” says Alkhan. “It’s a huge travel market and the growth is exponential.” Alkhan says direct flights between the two countries will commence next year.

Putting on the Glitz

The spring of 2015 marked a milestone in Bahrain’s evolution as a tourist destination, with the inauguration of the Four Seasons Hotel on Bahrain Bay in Manama. The 68-story marvel rises grandly from its own island and serves to announce a city on an upward arc. In a show of Bahrain’s pull with the international glitterati, the Four Seasons last April hosted a lavish wedding party from India, whose hundreds of attendees filled the facility top to bottom, inspiring tabloid headlines from India to Europe.

Major hoteliers are taking note of Bahrain’s expanding cache. In addition to existing 5-star hotels and resorts, which also include the Sofitel, Ritz Carlton and Art Rotana brands, 15 luxury getaways representing some $10 billion in capital investment are expected by 2022. One of the most anxiously awaited arrivals will be the One&Only Seef, a planned beachfront resort in Manama’s premier shopping district, expected to open next year.

The Lure of Antiquity

Behind the kingdom’s modern façade lies a tapestry of history Bahrainis are eager to share. A short drive from the Bahrain National Museum in Manama, which showcases 4,000 years of jewelry, artifacts, rare documents and copper and bronze handicrafts, looms the imposing Qal’at al-Bahrain (Fort of Bahrain), a centuries-old citadel composed of stratified layers reflecting the Dilmun, Kassite, Greek, Portuguese and Persian empires. A tour of the oceanside complex, named a UNESCO World Heritage Site in 2005, leads through narrow tunnels, dimly-lit chambers, intricate archways and majestic towers, connected by a system of broad terraces and steep, circuitous stairways. Architectural digs in and around the fort have yielded, among other treasures, a cuneiform inscription that links the site to Mesopotamian civilization. 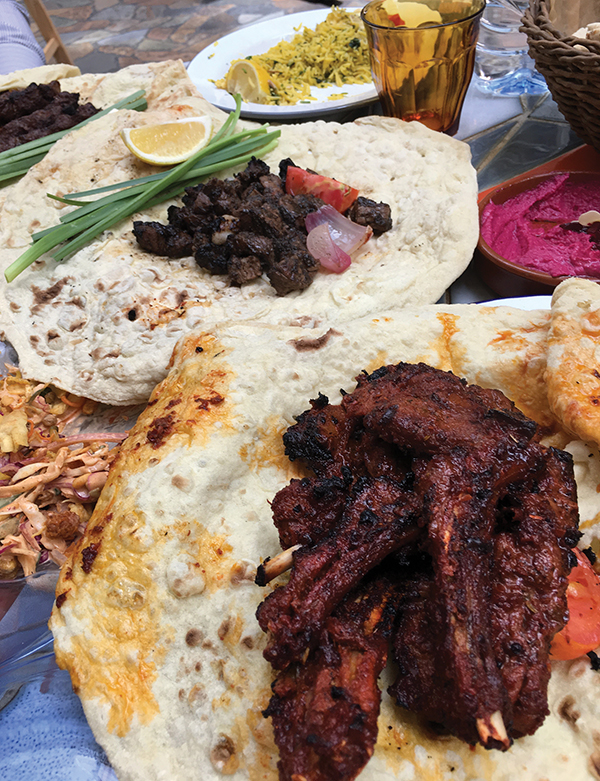 Rustic kebob and tikka with flatbread at Lumee in Manama.
Photo by Gary Daughters

Cruise ships that dock in Bahrain are known to offer excursions to a second UNESCO heritage site, the Pearling Trail on Bahrain’s Muharraq Island, which highlights the country’s once-mighty pearling industry, its primary pre-oil economic driver. Pearl diving trips are an increasingly popular draw among the more adventurous tourists, as is the Bahrain Grand Prix, held annually since 2004 at the Bahrain International Circuit F1 track in Sakhir.

Getting to and from the secluded island nation is becoming quite a bit easier. Last year, Bahrain International Airport launched a $1.1-billion expansion, which will add a new terminal and improve the existing facility by 2020. The initial phase of the project is expected to increase the airport’s capacity from the current nine million passengers per year to 14 million passengers per year.

Bahrain remains in talks with Saudi Arabia over plans to build a second causeway to reduce traffic jams into Bahrain that occur on holidays and busy tourist weekends. The proposed road and rail link is expected to cost upwards of $4 billion, and is likely to involve private as well as public funding, says an official of Bahrain’s Economic Development Board. It’s also expected to yield a healthy flow of new visitors eager to discover Bahrain. 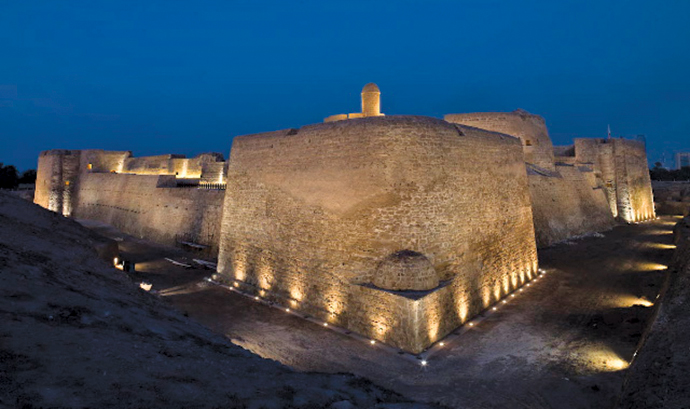 The floodlit Qal’at al-Bahrain (Fort of Bahrain), a UNESCO World Heritage Site, offers a stunning glimpse into ancient civilizations that have graced Bahrain.
Photo courtesy of Bahrain Economic Development Board