Hidden in Plain Sight: The Oversized Impact of Downtown Universities 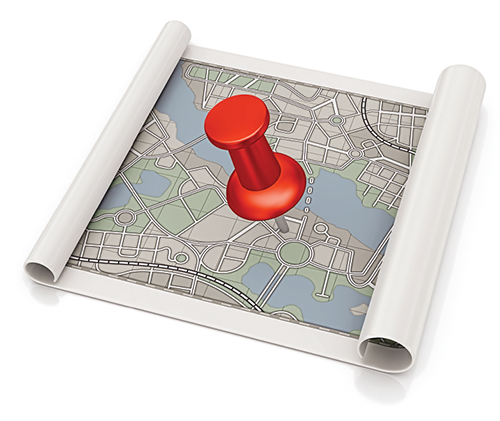 A new report by Scott Andes, a fellow at the Brookings Institution’s Bass Initiative on Innovation and Placemaking, explores the economic impact of downtown research universities and ranks the top such institutions in the United States across five metrics, with New York and Pennsylvania home to four schools each out of the top 25. With the author’s permission, below is a summary of the report’s findings. For the full rankings and recommendations, visit www.brookings.edu.

Top Downtown Research Universities In the Largest 100 US Metros

While research universities are of economic importance anywhere, they are particularly relevant to the economic vitality of cities because their geographic proximity to firms increases the interplay between companies and schools. Economists refer to this feature as “agglomeration” — the process by which firms located near one another and other relevant institutions (like universities) gain additional benefits from their proximity. Hundreds of studies have proved the benefits of density and proximity for innovation. However, relatively new geocoding techniques have allowed researchers to better understand the role of distance and density for firms. Findings suggest that knowledge sharing among universities, research labs and firms exists at the neighborhood level.

Our research compares the commercial outcomes of research universities located within employment-dense neighborhoods (e.g., midtowns and downtowns) in the 100 largest US cities to the average research university. Compared to their peers located in smaller towns or in suburbs or rural areas on a per-student basis, downtown universities:

Examples abound in affiliation with some of the schools ranked highest: The Pennovation District and other physical and programmatic collaborations involving the University of Pennsylvania and other Philadelphia institutions; the powerful corporate and institutional backing of the Indiana Biosciences Research Institute in Indianapolis; the bevy of corporate research centers (12 in the past several years) that have congregated in Midtown Atlanta to be close to Georgia Tech and its Tech Square innovation district; Harvard University’s build-out of the Allston neighborhood portion of its campus into an enterprise research zone that will also give firms proximity to MIT, Boston University and other area institutions; Houston’s Pumps & Pipes program that since 2007 has linked the city’s research institutions and firms such as ExxonMobil around three economic clusters — health care, oil and gas, and aerospace.

Given the positive economic benefits of co-location, “urbanizing” the country’s research base should be a priority of public policy. To this end, downtown universities should accelerate commercialization through industry-aligned, pre-competitive collaboration; connect university research with corporate research centers; and develop programming and incentives for entrepreneurship.

Going forward, universities located in cities should follow what leading research institutions around the country are already doing and position themselves as central nodes of innovation and stewards of their urban economies.

Masons lay brick on the $3.5 million Diades Investments renovation of a WWII-era warehouse that will become restaurants, commercial and retail spaces.

The incredible success emanating from Chaffee Crossing in Fort Smith, Arkansas, has investors around the globe asking how the state has attracted $1.5 billion in capital investments to its second largest city. Arkansas’ premier economic development project encompasses 7,000 acres strategically located in the center of the U.S. A mixed-use master plan has helped attract brand new industry, residential developments, a medical school, and 15 headquarters. But over the past year, one of Chaffee Crossing’s hottest assets date back to 1941.

Tucked along the east side of Interstate 49 is the Chaffee Crossing Historic District, an area listed on the National Register of Historic Places that contains former Fort Chaffee buildings, some of which are eligible for renovation tax credits (up to 45%). What was once a hub of military activity is now a mixed use, walkable area with designated sub-districts, public spaces and recreational amenities.

The first renovation in the Historic District was the Chaffee Barbershop Museum where Elvis Presley received his famous G.I. buzzcut in 1958. FCRA restored the barbershop to look like it did when Elvis walked through the door. This single project has been a catalyst for restoration of other buildings into museums, visual art studios, classrooms, offices and retail stores.

Businesses in the Historic District include a microbrewery, a retail furniture store, an insurance office, a video production company, an employment agency, a plumbing school, university classrooms, a church, a wedding chapel and restaurants.

Streets are shared by FCRA and the City, allowing closures for community events. FCRA, the City and the regional development district are partnering on an EDA grant for sewer upgrades.

The Chaffee Crossing Historic District is attracting balanced mixed-use development and unique amenities, resulting in a more vibrant economy for western Arkansas and the entire state. 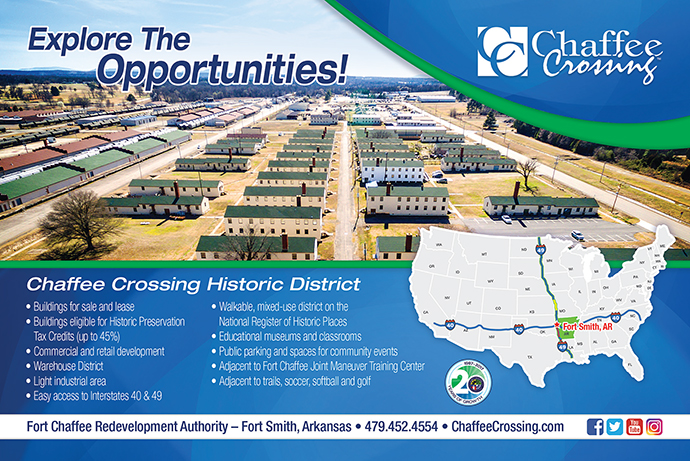