The awards go to two industries — medical devices and aerospace — with long careers ahead of them. 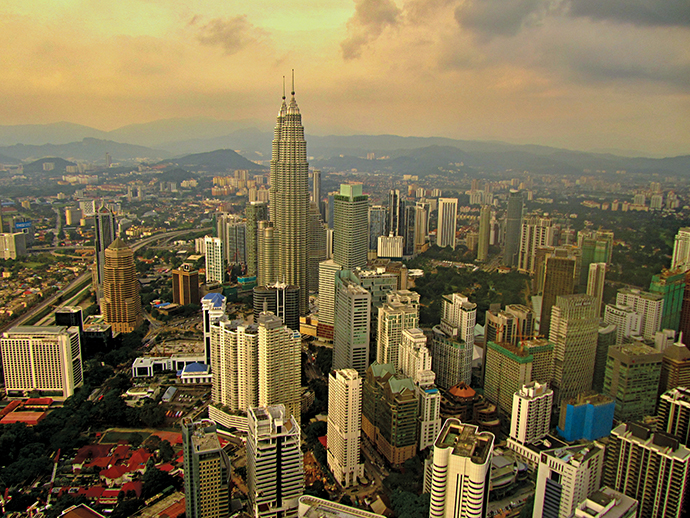 The three industries profiled in the September 2017 issue Malaysia Investment Profile “Sectors on a Mission” — Chemicals, Electrical & Electronics and Machinery & Equipment — are catalytic subsectors fueling Malaysia’s economy. They have strong linkages to other manufacturing subsectors and foster growth and investment in those as well as their own sectors. Think of them as the stars who get top billing in a movie.

According to Dato’ Azman Mahmud, Chief Executive Officer of Malaysian Investment Development Authority (MIDA), “Medical Devices and Aerospace are the supporting roles — they matter enormously to the success of the performance — Malaysia’s economic performance, specifically. Given their considerable time on camera, they may one day get top billing themselves. For now, they are deemed high growth potential sectors in the Eleventh Malaysia Plan, 2016–2020, Anchoring Growth on People. They are the only sectors with that designation.”

The Plan, introduced in 2015 by Prime Minister Najib Razak, is a blueprint for bringing Malaysia across the Vision 2020 finish line three years from now. Vision 2020, launched in 1991, is a framework for transforming Malaysia into a fully developed, high-income country. Enhanced support of the catalytic subsectors and the high growth potential sectors is a primary goal of “Re-engineering economic growth for greater prosperity,” one of six strategic thrusts outlined in the Eleventh Malaysia Plan.

Medical Devices and Aerospace are singled out in the Plan as deserving of new and enhanced resources, to be delivered by MIDA and other parties due to their potential. Consider the numbers:

What does it mean to have high growth potential in practical terms? Henrik Ankjaer Jensen, Senior Vice President, Asia Operations at medical device maker Ambu Sdn Bhd, says it refers to “industries with the ability to develop and create new products — ‘game changers’ — that did not exist in the past, and their growth potential is related to consumer demand; growth or its potential must be larger than average.” 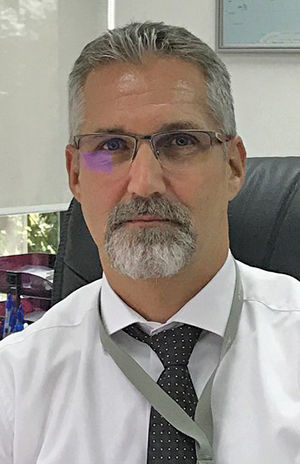 “The attention from the market and the ability to recruit the best employees is so much easier when you become a market leader with high growth potential.”
— Henrik Ankjaer Jensen, Senior Vice President, Asia Operations, Ambu Sdn Bhd

Ambu, based in Denmark, specializes in market diagnostic and life-support devices, including ventilation bags for artificial respiration, for hospitals and rescue services. One of its three production facilities is in Penang, Malaysia. “It is definitely beneficial to belong to a defined high growth industry,” says Jensen. “The attention from the market and the ability to recruit the best employees is so much easier when you become a market leader with high growth potential.”

Jensen says Malaysia is “competitive with other low-cost manufacturing sites but offers so much more in terms of skills and abilities of its working population. The infrastructure is well set up to support manufacturers, and this includes transportation, supporting industries, service providers and strong intellectual property protection enforcement. Many government agencies, including MIDA, provide incentive schemes and assist us in doing business in Malaysia.”

The Aerospace industry is no less poised for global and regional expansion. In Malaysia alone, the sector has five components: aero manufacturing; maintenance, repair & overhaul (MRO); system integration; engineering and design services; and education and training. High potential growth? Lots of it: 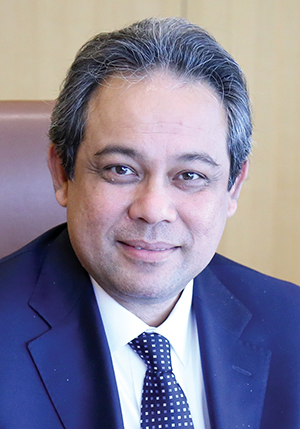 “Medical Devices and Aerospace are the supporting roles in the Eleventh Malaysia Plan singled out as deserving of new and enhanced resources, to be delivered by MIDA and other parties due to their potential.”
— Dato’ Azman Mahmud, CEO of the Malaysian Investment Development Authority (MIDA)

In June, the company announced plans to expand manufacturing operations at Subang to accommodate increasing volumes of assembly work on aerostructure components for commercial airliners. The company plans to add a 50,000-square-foot manufacturing facility adjacent to other buildings on its campus. Operations will commence in mid-2018. Spirit expects to eventually add about 300 workers to the current site population of 700.

“Aerospace, and in particular aerostructures, is a high growth potential industry in Malaysia due to the high demands of aircraft projected over the next 30 years,” says Zulkarnain. “Both Airbus and Boeing are projecting demands in excess of 30,000 aircraft over the next 30 years period. Estimated value of work is around $4 trillion. With that volume of work in the background, there are plenty of work opportunities for Malaysia [aerospace companies] to secure and increase work in the country.” That will accelerate, says Zulkarnain, as Malaysia develops the ecosystems for raw materials, machining, fabrications, composites, consumables and services suppliers.

A key aerospace player in Malaysia, Spirit Aerosystems already has benefitted from grants, incentives and training programs, he adds. “The Malaysian location provided a platform for the company to be competitive not just for cost but also in meeting customers’ requirements through competent engineering and excellent product quality. This is accomplished through availability of learned resources in engineering and trained technicians through the Malaysian education and technical training systems.” 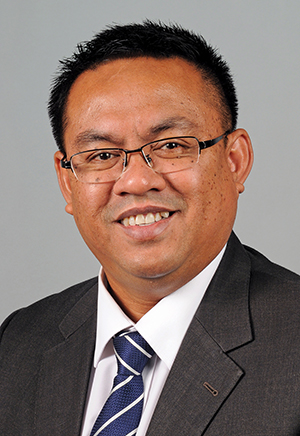 “Aerospace, and in particular aerostructures, is a high growth potential industry in Malaysia due to the high demands of aircraft projected over the next 30 years.”
— Zulkarnain Mohamed, Operations Director, Spirit Aerosystems Malaysia

“The Malaysian aerospace sector needs to evolve from a ‘low-cost’ country mentality to a balanced approach, towards Industrial 4.0 with emphasis on technologies that accentuate Malaysian competitive edge in labor and cost of operations.”

GE Aviation has operated in Malaysia for more than 25 years. Today, GE Engine Services Malaysia Sdn Bhd operates a Center of Excellence for CFM56 engines from which it provides MRO services to more than 30 Asian airlines. It also services next-gen LEAP engine powered A320neo aircraft to be operated by AirAsia. The Center is in the right place at the right time. 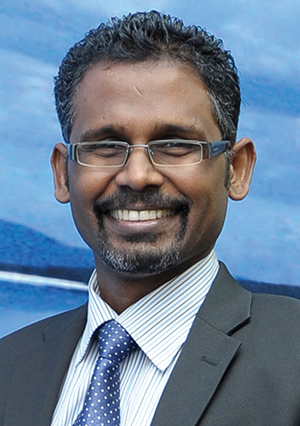 “Strong growth in passenger numbers together with the significant fall in Asia-Pacific’s air transport operating costs due to the sharp decline in oil prices are boosting aviation industry profits,” explains Suresh Kumar Shunmugam, Managing Director, GE Engine Services Malaysia. “This will further boost the MRO industry in Malaysia, which is forecast to grow rapidly in order to support the strong growth in airline fleets, and will be an important source of new, high-value-added jobs as well as building Malaysia’s aerospace industry cluster. GE Engine Services Malaysia hopes to be able to benefit from the strong growth of this sector.”

GE employs more than 1,100 Malaysians and has invested in excess of $235 million in its Malaysia operations. More importantly, it is a full participant in the government’s Economic Transformation Plan to turn Malaysia into a high-income economy by 2020.

“[We] forecast Malaysia to grow into much more than just an operator of equipment/aircraft,” says Suresh. “As we expand into MRO, manufacturing, design & engineering, more relevant high-income jobs will be created. With it will come more demand for local suppliers, supporting economic growth in general.” That is exactly the point of identifying and supporting high potential sectors — all entities involved will win.