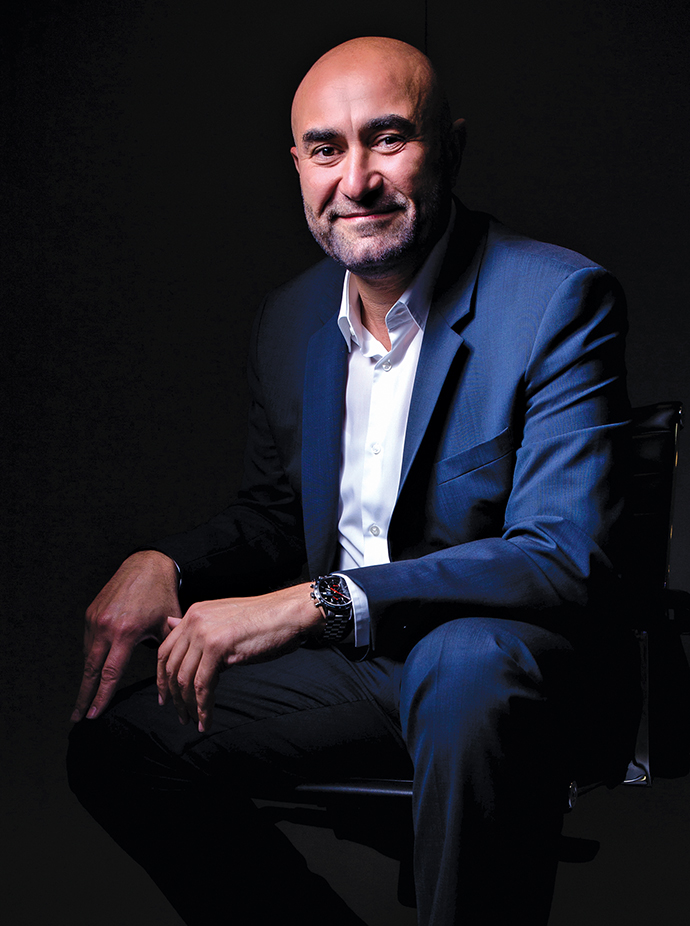 SOUQ.com founder Ronaldo Mouchawar is among the entrepreneurs bringing e-commerce to the Middle East.

Cash is still king in the Middle East, where online shopping cannot yet compete with the region’s swanky, air-conditioned malls. According to the Arab Federation of E-commerce, established last year, most Arab consumers still prefer face-to-face payments and tend to be reluctant to provide personal data online. Attitudes are changing, though.

As a percentage of retail sales, online commerce currently accounts for just 2 percent of transactions in the Middle East, compared to 11.7 percent in the US, 15.5 percent in China and 16.8 percent in the UK.

For Arab economies, that is a wealth of untapped potential. In a recent report titled “Digital Middle East: Transforming the region into a leading digital economy,” management consulting firm McKinsey & Co. concluded that widespread adoption of digital payments could boost Middle East GDP by $95 billion, or 3.8 percent, by 2020.

“The Middle East,” says the report, “is on the verge of a massive digital disruption.”

Several key factors support the notion that the region is ripe for e-commerce:

“All the pieces of the puzzle are finally coming together,” Ahmed tells Site Selection. “The logistics are there. Payment software is there. Fulfillment and warehousing are there. The next few years are going to be very interesting.”

A race for domination of the Middle East market, home to 218 million people, began in earnest in March when Amazon moved in. The US-based colossus bought Dubai-based SOUQ.com, the Arab world’s biggest online shopping platform, for a reported price of $586 million.

Founded by Syrian Ronaldo Mouchawar, a former professional basketball player, SOUQ.com accounts for nearly 80 percent of the region’s online shopping, with more than eight million products and 45 million visits per month. The sale to Amazon was rated by Goldman Sachs as the biggest-ever technology M&A transaction in the Arab world.

“The SOUQ acquisition,” says Ahmed, “gave the green light for a lot of the venture capitalists in the region to get very excited about this space and start to invest in startups that are based on an e-commerce model.”

“It’s a very different landscape now. All the pieces of the puzzle are finally coming together.”

SOUQ.com’s Mouchawar says e-commerce in the Middle East is currently growing at 45 percent a year, and predicts annual online sales will increase from $3 billion today to $70 billion within the next decade.

“The potential in this region is massive,” said Mouchawar in an August interview with Arabian Business.

‘Data Is the New Oil’

In a further show of Amazon’s interest in the Middle East, Amazon Web Services announced plans in September to build three cloud data centers in Bahrain next year. The launch of the AWS Middle East “availability zone” will give the company 44 such regions worldwide.

AWS says it chose Bahrain because of the country’s commitment to renewable energy and its agreement to construct a new solar power facility to meet the needs of the massive data centers. Officials also said the Middle East region had represented a “hole” in the company’s global data center network.

At an “AWS Global Summit” held in September in Bahrain’s capital of Manama, AWS CEO Andy Jassy said that “as countries in the Middle East look to transform their economies for generations to come, technology will play a major role, and the cloud will be in the middle of that transformation.”

Khalid Al Rumaihi, chief executive of the Bahrain Economic Development Board, says the addition of cloud-based supercomputing enabled by the AWS data centers will empower entrepreneurs across the Middle East.

“This is going to unleash innovation,” says Al Rumaihi. “We think this is a game changer for the entire region. My favorite quote is that ‘data is the new oil.’ ”

Regional retailer Noon.com hopes to give Amazon/SOUQ a run for its money. After nine months of delays, the long-awaited online shopping portal debuted October 1, beginning with service to the United Arab Emirates. Its website trumpets: “Coming Soon to Saudi Arabia.”

Noon.com was launched with $1 billion of financial backing, half from the Saudi government’s Public Investment Fund and the rest from billionaire Mohamed Alabbar and a group of Persian Gulf investors. Alabbar, chairman of the UAE’s state-backed real estate developer Emaar Properties, is Noon’s principal driver. Emaar, which also operates Dubai Mall, the world’s biggest shopping center, made an unsuccessful $800-million bid for SOUQ.com just before Amazon snatched it for less.

Launched in Dubai (where SOUQ early this year opened a new customer experience center), Noon plans to shift its headquarters to Riyadh, Saudi Arabia, as it expands offerings throughout the region.