As recently as 2015, there were well over 4,000 free zones. One could be forgiven for thinking there might be a unique name for every individual zone: free zone, foreign trade zone, special economic zone … the list goes on. But the name isn’t what’s important: Results are. So Conway has created a Top Free Zones ranking for the first time, recognizing the top two zones per world region, as determined by survey results from industry experts and site selection consultants based on the following selection criteria:

Congratulations to all of the zones recognized on the following pages.

While there has been an explosion in the number of free zones operating worldwide in the past few decades, including the number of countries with a free zone increasing from less than 30 in 1975 to 130 in 2006, not every free zone is a guaranteed success. India has hundreds of zones that haven’t gotten off the ground, including more than 60 in Maharashtra state alone. 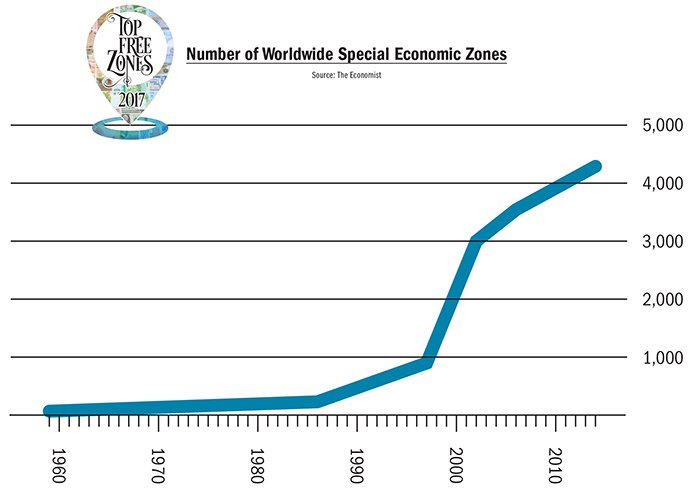 Vision, adaptability and good management are required to ensure a free zone succeeds.

There have been other free zone successes over the past few decades. Site Selection Managing Editor Adam Bruns noted “China’s first special economic zone — Shenzhen — is now one of its most developed and innovative cities.” The Economist has argued South Korean zones are amongst the world’s most successful due to their ability to foster links between companies operating in the zones and local suppliers. Honduras has also been successful at connecting local industries with companies operating within their zones and at ensuring at least 85 percent of the total wages are given to local workers.

US Foreign Trade Zone export production in 2015 ($84.6 billion) was the second highest export total ever for the US, dipping slightly from the previous year due to worsening petroleum market conditions. A total of 2,900 companies operate within US FTZs and 420,000 people are employed in the FTZs.

Honduras has also been successful at connecting local industries with companies operating within their zones and at ensuring at least 85 percent of the total wages are given to local workers.

While these are impressive statistics, it is also worth emphasizing that many zones still have work to do. Too many free zones feature terrible working conditions, low pay and high turnover. The vast majority of free zone workers are women, many of whom are exploited with lower wages and longer working hours than their male counterparts. 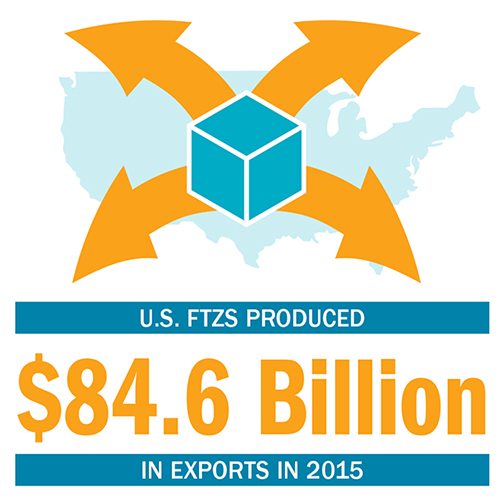 The ILO notes women zone workers face numerous challenges, including a lack of job security, inadequate maternity protection and widespread sexual harassment and assault. Women zone workers also lack access to affordable good-quality food, causing many of them to be undernourished and prone to illness. Many zone workers are internal migrants, traveling from rural areas to urban areas to work in the zones, but typically do not have access to high quality public transportation. This lack of public transportation causes many zone workers to walk long distances just to reach work. Overtime working is also widespread in zones, contributing to zones’ high turnover rates.

The message is clear: zone projects cannot just be financial incentive zones for international businesses. They must improve the wellbeing of the surrounding community.

Farole notes there is a strong correlation between infrastructure quality and investment, exports and employment in zones. Trade facilitation, such as South Korea’s fostering of strong and positive relationships between free zone companies and local suppliers, is also strongly correlated with program outcomes. Farole found that traditional indicators of competitiveness, including low wages, trade preferences and fiscal incentives, are not correlated with zone success. Despite those indicators not being linked with zone success, the ILO notes many zone employers prefer young women because they can pay them less than men and more experienced workers. 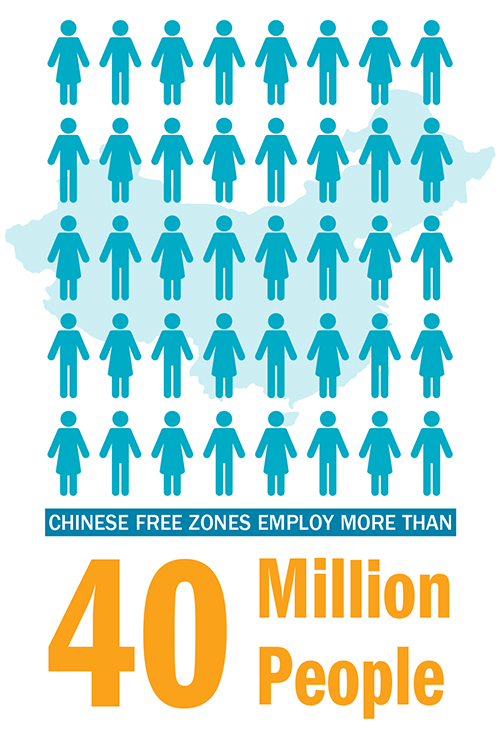 Many free zones are burdened by interconnected and easily remedied impediments to their success, including lack of community support stemming from a disregard for local community development. In its 2016 piece “Mexico’s Special Economic Zones: White Elephants?”, the Woodrow Wilson International Center for Scholars’ Mexico Institute advised the Mexican government to “define success as local development, not as foreign investment” and to “avoid industries that reinforce competitiveness via low-paid-jobs.” The Mexico Institute argues long-term free zone success, and even survival, depends on supporting and developing the local community. The Institute cites specific examples in India and Bangladesh of disenfranchised and poor communities rising up against zone projects that do not support the local community.

The message is clear: zone projects cannot just be financial incentive zones for international businesses. They must improve the well-being of the surrounding community. 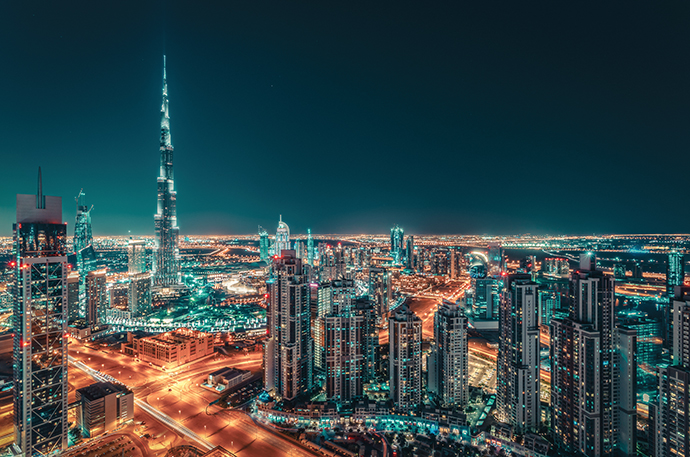 The tie-up aims to help define the future of mobility in the region through dedicated events, targeted mentorship, and accelerator programs that will take place at the Dubai Technology Entrepreneur Centre (Dtec), DSOA’s wholly owned technology incubator center and the largest of its kind in the Middle East, currently hosting firms from 70 countries.

“We appreciate the company’s efforts in supporting Dtec, currently the base of operations for more than 700 startups,” said Mrs. Shahla Ahmed Abdul Razak, deputy CEO of DSOA. “Our strategic partnership opens a two-way corridor of collaboration between our organizations, and will significantly benefit of the pool of entrepreneurs available at Dtec, especially those in the field of smart transportation.”

DSOA, a 100-percent government-owned free zone, was established by the Government of Dubai in 2005. The technology park DSO is an urban master-planned community spanning 7.2 million sq. m. (77.5 million sq. ft.), divided into 5 main pillars based on industrial, commercial, education, living and residences, and public facilities.

Among its other projects is Silicon Park, Dubai’s first smart city, being constructed across 150,000 sq. m. (1.6 million sq. ft.) at a total cost equivalent to US$354 million. In addition to the usual free wifi and solar panels, some of the 21 features of the smart city recently on exhibit included a “Corporate Happiness Diploma” launched by DSOA and Rochester Institute of Technology in Dubai in cooperation with Smart Dubai Office and Gallup, and a smart irrigation system that helps rationalize water consumption and reduce current consumption levels and operational costs at DSO by 40 percent.


What are Free Zones? 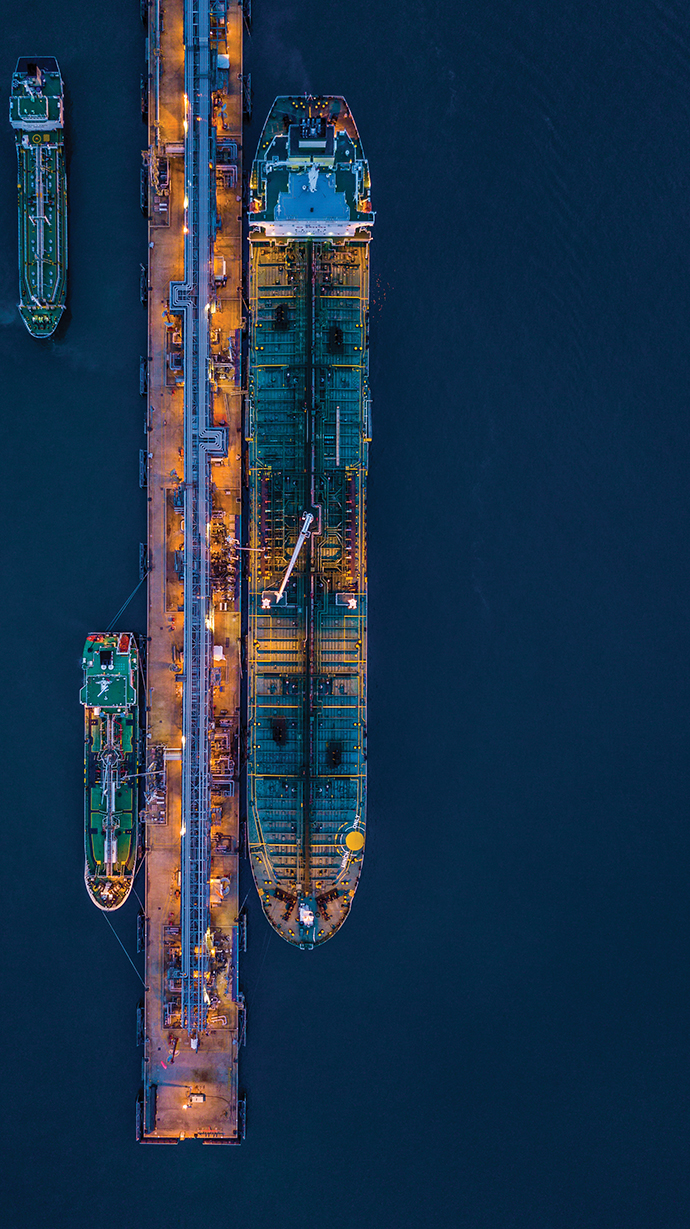 The World Bank defines an EPZ as an industrial estate, typically a fenced-in area of 10 to 300 hectares (740 acres), that offers businesses free trade conditions and a liberal regulatory environment. The United Nations Industrial Development Organization defines EPZs as relatively small, geographically separated areas within a country that focus on attracting export-oriented industries by offering them highly favorable investment and trade conditions. The International Labour Organization defines EPZs as industrial zones with special incentives set up to attract foreign investors and in which imported materials undergo some degree of processing before being exported again. The United Nations Conference on Trade and Development defines EPZs as industrial estates that form enclaves within the national customs territory and are usually situated near an international port and/or airport, with their entire production being exported and most imported products not being subject to a customs duty. 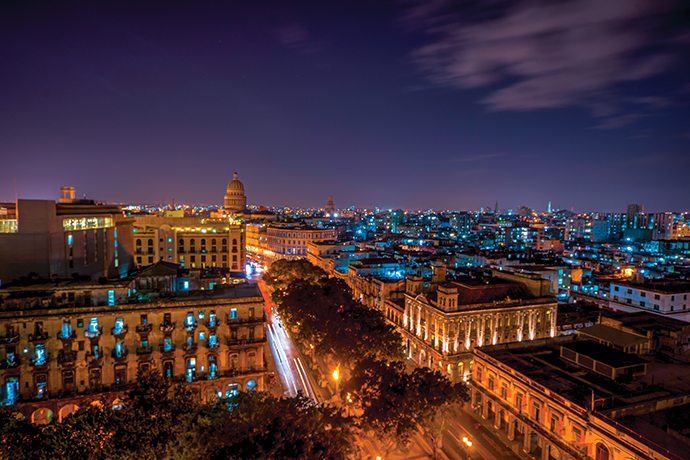 Nearly 30 miles west of Havana, Cuba’s Mariel Special Economic Development Zone began largely vacant. Large open spaces dominated the zone. That is now slowly changing. Cuba’s government has approved 27 enterprise plans, including leveling and fencing in a 25-acre plot of land for the development of the BrasCuba factory. The $100-million plant, a joint venture between Brazil’s Souza Cruz and Cuba’s Tabacuba, will produce multiple brands of cigarettes for domestic consumption and export.

Dutch equipment supplier Womy recently completed the construction of its building in the zone, and UK consumer products manufacturer Unilever has completed site preparation for a joint venture with Cuba’s Intersuchel. The joint venture will produce numerous consumer products, including shampoo, deodorant, soap, detergent and toothpaste, and is expected to be fully operational by 2018. The government has also finished developing a site for a Cuban biotech factory.

While zone development is speeding up, there are concerns the government will not be able to attract export-oriented companies. Richard Feinberg, a professor of international political economy at UC San Diego’s School of Global Policy & Strategy, argues the zone’s financial incentives will serve as subsidies for domestic production if none of the companies operating in the zone are focused on producing exports.

Cuba’s government hopes the zone will eventually attract $2.5 billion in annual foreign investment, though that is a long-term ambition. Six Spanish companies have received approvals to operate in the zone, whereas zero US companies have received approvals. An estimated 7,000 workers already work in the zone. The government has completed a rail line connecting the zone with Havana and is completing a passenger terminal at the zone so that workers will be able to commute by rail. The terminal is due to be completed in January 2018.