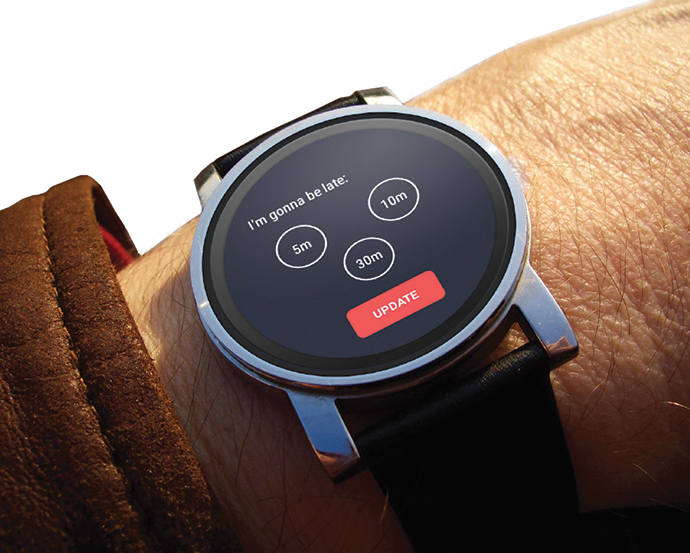 The queuing app developed by Bahrain’s Skiplino allows Android and iOS users to reserve a spot in line remotely.
Image courtesy of Skiplino

If Zaman Abdulhameed Zaman had his way, you’d never stand in line again.

Zaman, 34, is a serial entrepreneur and founder and CEO of Skiplino, a Bahraini startup that offers a free queuing app allowing users to do what its name implies: skip lines. Designed for both Android and iOS users worldwide, Skiplino searches for points of customer service, estimates wait times and can even reserve users a wait-free spot in queues.

“How it’s done now is not efficient,” says Zaman. “We’re looking to fix that.”

Skiplino was launched last year and immediately garnered attention as one of the top 20 new global startups at the 2016 Next Web festival in Amsterdam. In March, Skiplino was named a winner of the World Summit Award, an IT competition sponsored by the United Nations.

“We’ve actually been surprised at our success,” says Zaman. “With the Next Web award, we knew we had a product with global potential. So, we’ve expanded the platform to eight languages and have customer-facing applications in 69 languages.”

“In Bahrain, it’s easy to test your product. It’s a good launch environment and it’s very cost-effective.”
— Mustafa Ahmed, Saudi entrepreneur and lecturer at King Fahd University in Dhahran and co-founder of Paytabs

Launched from Bahraini startup factory Level Z, Skiplino has grabbed a foothold in the banking and public services sectors, and is looking to expand into other verticals. The company employs 15 people at its headquarters in Manama and plans to double its workforce next year. Zaman says he expects to recruit new workers from within Bahrain.

“In my first technology venture, back in 2014, we were hiring mostly foreigners,” says Zaman. “Now, it’s a different situation. We have a lot of technology students graduating in Bahrain. It’s fresh talent with a fresh mindset.

Zaman tells Site Selection that despite Bahrain’s small size, the Kingdom’s entrepreneurs own the means to launch products that can compete around the globe.

“You have to innovate and add value,” he says. “You can’t just clone a business from the West and bring it the Middle East. I always encourage entrepreneurs to solve problems that can have an effect on the global level.

“Queuing,” says Zaman, “is a global problem. Now we’re expanding vertically to take on other things that we think we can do better than our international counterparts.”

Regional startup PayTabs is one of the Kingdom’s brightest success stories, and Mustafa Ahmed was there from the start. A Saudi entrepreneur and lecturer at King Fahd University in Dhahran, Ahmed mentored the company’s current CEO, Abdulaziz Al Jouf, and has lent support to the enterprise since its founding in 2014. While PayTabs is incorporated in Saudi Arabia, the fintech startup runs its operations in the Kingdom of Bahrain. As of 2017, the online payments provider boasts earnings of $100 million a year and clients in more than a dozen countries.

“In Bahrain,” says Ahmed, “it’s easy to test your product. It’s a good launch environment and it’s very cost effective. Dubai gets all the attention because of all the glitz and glamour, but that comes with a cost. Bahrain is not just easier, it’s just a lot more cost-effective.”

Bahrain offers business costs up to 30 percent lower than its neighbors, as well as a history of entrepreneurship, laws allowing full foreign ownership, and a growing ecosystem of angel investors.

“Bahrain,” Ahmed tells Site Selection, “is where a lot of momentum is. The country is doing great things to promote entrepreneurship and digital startups, especially in the area of financial tech.”

The formula for local startups is to follow the PayTabs model of incubating within Bahrain, then expanding into other countries of the Gulf Cooperation Council (GCC), which Bahraini officials are quick to point out is a market the size of Canada or India. As a test bed for smaller, early-stage ventures, Bahrain’s advantages include the government’s keen interest in growing tech-centric enterprises from fresh food delivery to fintech.

Bahrain’s focus on developing its financial technology sector ties in neatly not only with the country’s tech-savvy and youthful population, but also with the Kingdom’s reputation for being the financial center of the GCC.

In March, the Bahrain Economic Development Board (EDB) partnered with incubator and ecosystem builder Singapore Fintech Consortium and with Dubai-based Trucial Investment Partners to develop a fintech ecosystem and regulatory framework for the kingdom.

Maissan Al Maskati, Trucial’s managing partner, says the strategic partnership will introduce innovations hatched in Bahrain that will change the landscape of the GCC’s financial industry.

“Bahrain,” says Al Maskati, “offers many factors that would support the development of a thriving fintech ecosystem, including having a highly-reputed regulator, a young and innovative local population, world-class technological and telecom infrastructure and a size advantage, like Singapore, that is well suited for startups.”

To that end, the government is rolling out a series of initiatives meant to attract and grow fintech startups. In June, the Central Bank of Bahrain (CBB) announced new regulations to create a regulatory sandbox that will allow startups and fintech firms to test technology-based solutions in a virtual space for a limited time, without having to undergo a full authorization and licensing process.

H.E. Rasheed Mohammed Al Maraj, Governor of the CBB, says the new initiatives “are a continuation of the CBB’s efforts to provide the right mix of policies and products to develop and enhance the quality and competitiveness of services in the financial sector.”

Other coming initiatives include a fintech venture capital fund as well as a fintech incubator and accelerator.

“We believe,” says H.E. Khalid Al Rumaihi, Chief Executive of the Bahrain Economic Development Board, “that we have a unique positioning to be able to become the hub for fintech in the Middle East.”