The Race to Zero

California banks on the fortunes of an autonomous, zero-emission, all-electric vehicle future. 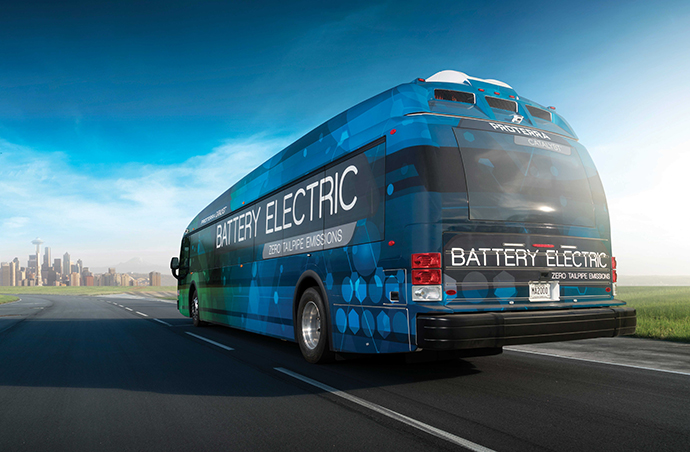 Proterra just opened its new $20-million bus factory in the City of Industry.
Photos courtesy of Proterra.
by RON STARNER 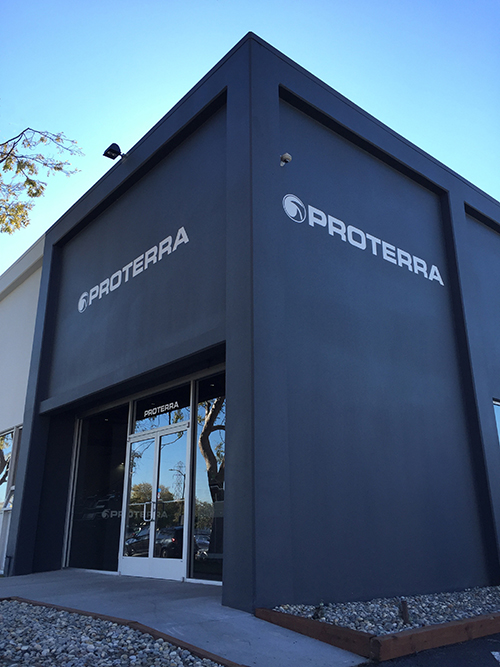 When General Motors announced April 14 that it would invest $14 million and add more than 1,100 new jobs in a new research and development facility for Cruise Automation in San Francisco, the move signaled a sea change in automotive manufacturing.

If Detroit is Motor City, then GM’s decision sent a loud message that it was banking on California to be the Motor State of the 21st century.

With new technology enabling the deployment of driverless cars and zero-emission electric vehicles, coupled with widespread adoption of ride-sharing, the automotive world is changing at a pace not seen since Henry Ford built the first Model T more than a century ago.

And California has become ground zero for most of these industry-disruptive changes.

“Expanding our team at Cruise Automation and linking them with our global engineering talent is another important step in our work to redefine the future of personal mobility,” said GM Chairman and CEO Mary Barra. “Self-driving technology holds enormous benefits to society in the form of increased safety and access to transportation. Running our autonomous vehicle program as a startup is giving us the speed we need to continue to stay at the forefront of development of these technologies and market applications.”

GM’s new investment includes repurposing an existing plant in San Francisco that will more than double the R&D space used by Cruise. The Cruise team plans to move into the new space by the end of this year and hire more than 1,100 new workers over the next five years.

“We are excited to significantly expand our footprint in California and continue on our rapid growth trajectory,” said Kyle Vogt, CEO of Cruise Automation. “As autonomous car technology matures, our company’s talent needs will continue to increase. Accessing the world-class talent pool that the San Francisco Bay Area offers is one of the many reasons we plan to grow our presence in the state.”

The California Governor’s Office of Business and Economic Development (GO-Biz) awarded the GM-Cruise entity $8 million in California Competes Tax Credits for the expansion.

“GM’s investment is further proof that California is leading the nation in the design, engineering and deployment of autonomous vehicles,” said Panorea Avdis, director of GO-Biz.

The GM-Cruise initiative also furthers California’s mission to have 1.5 million zero-emission vehicles (ZEVs) on the road by 2025.

“Accessing the world-class talent pool that the San Francisco Bay Area offers is one of the many reasons we plan to grow our presence in the state.”

But cars aren’t the only vehicles pushing California toward a zero-emission future. A few hundred miles south of Cruise’s San Francisco plant, Proterra is ramping up production at its new plant assembling heavy-duty, all-electric buses.

The Silicon Valley-based Proterra selected the LA area after an extensive search (chronicled in the January 2016 Site Selection Energy Report by Managing Editor Adam Bruns). California’s embrace of mass transit and electric vehicles were driving factors in the site selection, according to Proterra CEO Ryan Popple.

“As car culture wanes and more communities embrace 21st century, multi-modal transit, California has a unique opportunity to lead the country in this market transition,” said Popple. “We are grateful for Gov. Brown and the state’s support as we work to modernize and decarbonize transportation for all.” 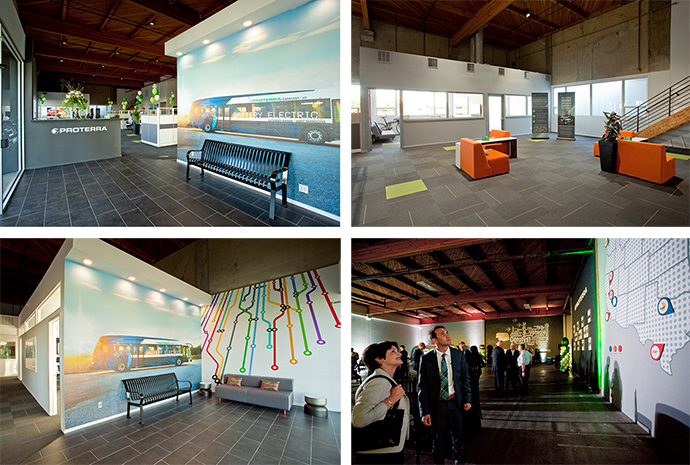 Popple added that Proterra plans to cement its manufacturing leadership in California and support the state’s ambitious climate goals while creating jobs and reducing air pollution.

Gov. Brown notes that “in order to achieve California’s climate goals, we need more electric cars, trucks and buses on the road. Manufacturing these electric buses in California creates good jobs and cleans up the air.”

Proterra plans to have 60 employees working in the LA plant by the end of this year and close to 100 employees by the end of 2018. The project was partially funded by a grant from the California Energy Commission.