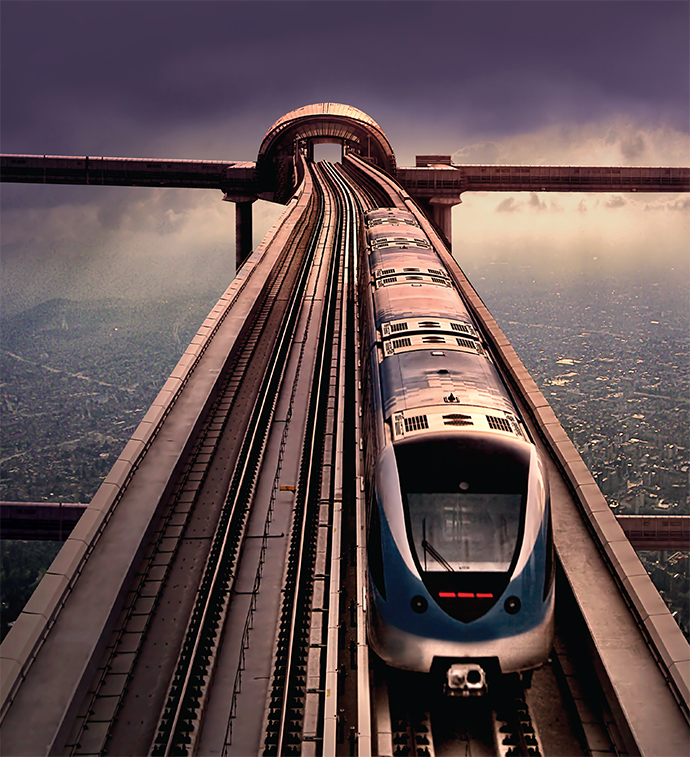 To understand where the United States Public-Private Partnership (P3) market is going, you have to review where it came from. History tends to repeat itself, and learning from the market’s past will aid the Trump Administration as it begins to shape its “Trillion-Dollar Infrastructure Initiative.”

The US P3 market emerged in the mid-’90s, when private-sector engineering, procurement and construction firms approached states with enabling P3 legislation and presented proposals to deliver mega infrastructure projects ahead of what the states had envisioned. Having the ability to make step change investments in infrastructure, versus incremental fixes, enabled the state to increase commerce and therefore enhance tax benefits back to the state. While these unsolicited proposals ultimately resulted in the delivery of many excellent projects, the states had little to no staff to manage the complex nature of P3s, and lacked the overall strategic program vision. 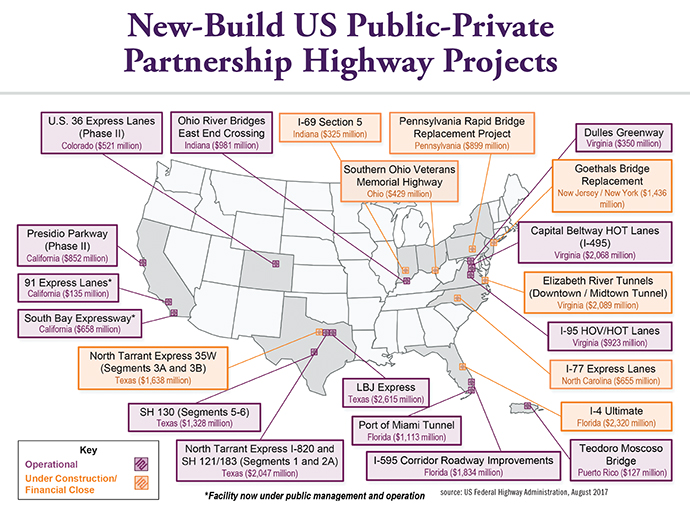 To correct course, many states began to question this alternative delivery method and adjust the legislation in an effort to better manage P3s. The most successful states established program offices that allowed the private sector to gain confidence in the state’s ability to deliver megaprojects. This included structured contracting methodologies, and staff familiar with implementing these complex projects.

As the P3 market matured over the last decade, states began to move away from unsolicited proposals and shifted toward a competitive bid process. The industry responded to this market shift, and companies like Fluor have been able to deliver innovative heavy-civil projects years ahead of the status quo. As confidence in the P3 market grows and more states enable legislation, we believe there is a willingness to embrace large-scale projects. This market timing appears to align with the Administration’s Infrastructure objectives.

Where to Turn Next

When we start to look into the horizon of the Trump Administration’s infrastructure initiative, there is still uncertainty as to what will be included, but there is reason for optimism due to the robust pipeline of projects. While the details of the Trump program are subject to a political process, we applaud the Administration for starting the conversation and support this strong contributor to economic and long-term prosperity. We encourage Congress and the Administration to seek opportunities that: 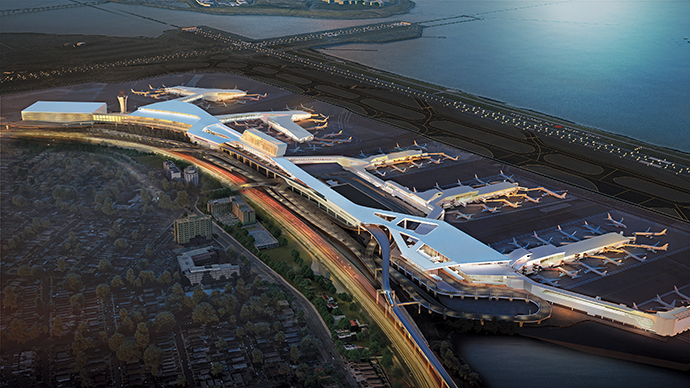 The $4-billion P3 renovation of LaGuardia Airport in New York is led by LaGuardia Gateway Partners.
Image courtesy of HOK 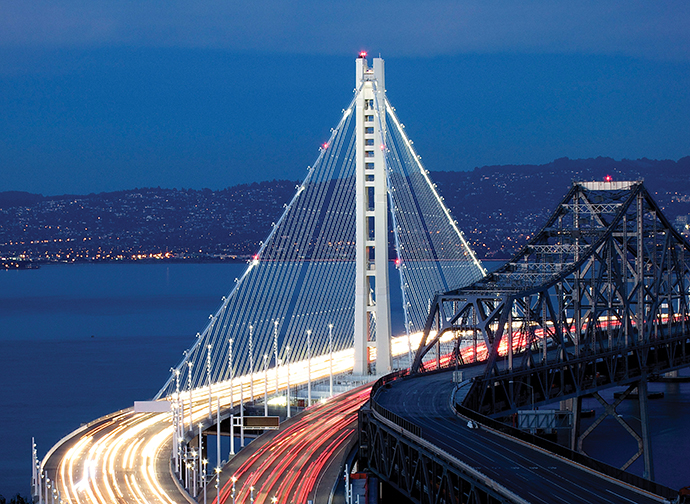 As we approach the Administration’s Trillion-Dollar Infrastructure Initiative, we can assume the private sector will be asked to come to the table with revenue financing in place and the ability to quickly start up projects. The current market reflects few tolling revenue projects in the pipeline as states have shifted to availability payments, thus creating a potential gap in the Administration’s plans.

While the Trump plan is broad and the federal government support is in place, private-sector firms need to stand ready to respond to the market demands. We know the states are now deeply motivated to deliver P3 projects. 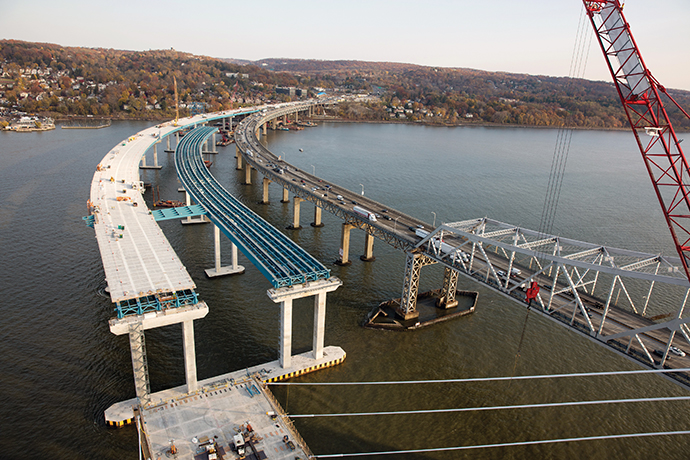 The complete Tappan Zee Hudson River Crossing bridge (where the westbound span opened in late August) is expected to be complete in 2018. Through a public-private partnership, Tappan Zee Constructors — a consortium of firms such as Fluor, American Bridge, Granite, Traylor Bros., HDR, Buckland & Taylor, URS, and GZA — is working with the New York State Thruway Authority and the state DOT.
Image courtesy of Fluor

Fluor recently completed two P3 projects in Virginia, the 495 and 95 Express Lanes. These projects showcase our 20-year legacy of providing well-structured and executed projects backed by the types of security packages and guarantees needed to effectively insulate investors from design-build and operations and maintenance risk. It is our hope that the Administration can look to these types of projects as strong examples of what the private sector and government can deliver when partnered together.

We encourage the Administration to look at states such as Virginia as leaders in the industry and utilize lessons learned to shape the future of the P3 market. These lessons include:

As we move forward into the next few months awaiting the concrete details on the Administration’s Infrastructure Initiative, we believe the private sector needs to be ready, nimble and flexible to respond in order to deliver what this country needs: new infrastructure that will last for generations to come.


P3 Approach Makes Inroads in Brazil and China, But is Largely ‘Untapped’ 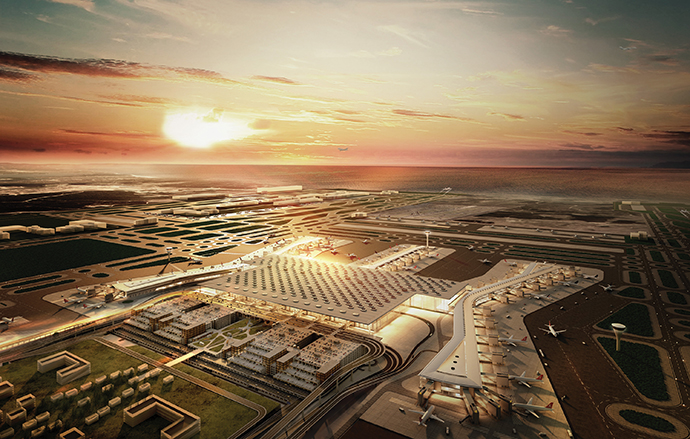 According to the annual report of the World Bank Group’s Private Participation in Infrastructure (PPI) Database, investment commitments in infrastructure projects with private participation in developing countries totaled US$71 billion on 242 projects in 2016, a 37-percent drop from the year before. The report noted that the substantial slide was in part due to the completion of three mega-projects the year before, including the US$35.6-billion IGA Airport in Istanbul (pictured above).

The PPI Database comprises more than 8,700 infrastructure projects with private participation, dating from 1984 to 2016.

“Brazil, a popular destination for private participation in infrastructure projects, attracted US$15.2 billion in commitments — the highest level of investment in 2016,” said the report. Investment commitments in China reached US$11.4 billion in 2016, an increase of 75 percent from the five-year average, and the improvement may reflect early success for China’s recently launched PPP program. Investment volumes in Indonesia rose to US$6.9 billion.

Among lower-income countries, investments amounting to US$2.9 billion reached financial closure for 14 projects across seven countries, with Ghana and Honduras reporting the most activity.

“Infrastructure in developing countries are untapped investment opportunities, with only a small percentage of projects attracting private-sector investment so far,” said Laurence Carter, senior director for the Infrastructure, PPPs and Guarantees Group at the World Bank, when the report was released in June 2017. “The potential within regions and sectors is enormous, and the World Bank Group will continue to prioritize supporting infrastructure investments in order to boost more inclusive growth.” 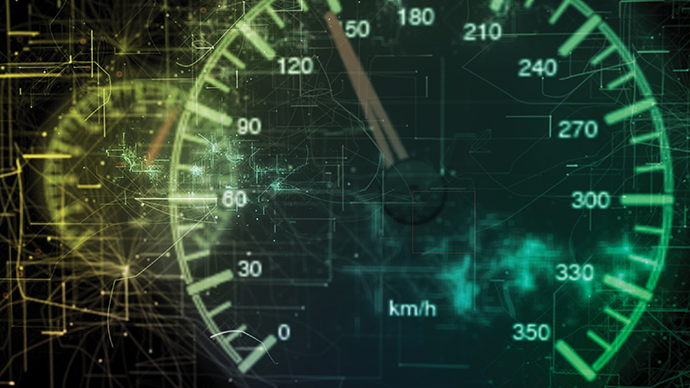 Broadband connectivity is now ‘a critical connection to a better education and living.’
by ADAM BRUNS 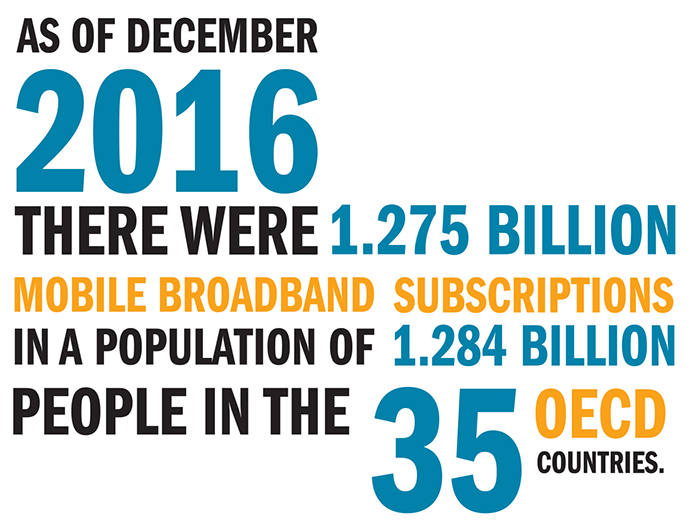 The Organization for Economic Cooperation and Development (OECD) reported in July that high-speed internet use continues to grow in the 35-country OECD area, with mobile broadband penetration reaching 99 subscriptions per 100 inhabitants in December 2016, up from 91 per 100 inhabitants a year earlier, according to new data.

Poland, Slovenia, Chile, Portugal, Turkey and Mexico were the fastest growing countries in mobile broadband penetration in the previous six months, with growth rates ranging between 22 percent and 12 percent.

Yet even in broadband-rich nations, a broadband gap persists. This summer, Microsoft President and Chief Legal Officer Brad Smith highlighted the company’s ideas for a new national rural broadband strategy in a July 10 speech at the Willard Hotel — the same building where, Smith noted in a blog, 800 of America’s leaders in science, business, art and government convened 101 years ago to honor Alexander Graham Bell’s patent for the telephone and look to the future of long-distance communications.

“A century later, a new generation of connectivity issues are arising at a critical time,” Smith blogged, noting that 34 million Americans (23.4 million of them in rural areas) lack broadband internet access. Broadband connectivity, he said, has “become a critical connection to a better education and living. New cloud services are making broadband a necessity to start and grow a small business and take advantage of advances in agriculture, telemedicine and education. In short, broadband has become a vital part of 21st century infrastructure.” 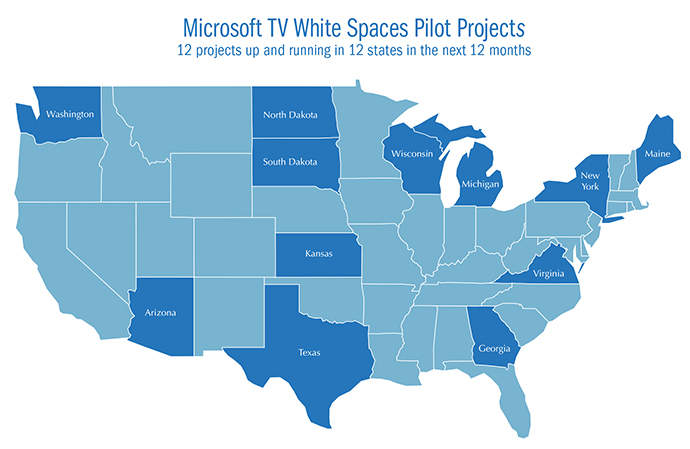 But just as with transportation infrastructure, obstacles such as high costs, regulatory conditions and a lack of innovation have hampered progress. So Microsoft has pledged to help the nation reach the goal of eliminating the rural broadband gap completely by July 4, 2022, through a program developed with Boston Consulting Group called the Rural Airband Initiative.Among other aspects, their research suggests that a technology model that uses a combination of the TV white spaces spectrum, fixed wireless, and satellite coverage can reduce the initial capital and operating costs by roughly 80 percent compared to the cost of using fiber cables alone; and by approximately 50 percent compared to the cost of current fixed wireless technology.

Microsoft has committed to three elements on a five-year basis:

1) Direct projects with partners: Microsoft will invest in partnerships with telecommunications companies with the goal of bringing broadband connectivity to 2 million people in rural America by July 4, 2022. “We and our partners will have 12 projects up and running in 12 states in the next 12 months,” said the company. Among the states are Virginia and Washington.

2) Digital skills training for people of all ages: “Our first partnership under the Rural Airband Initiative will be a multi-year partnership with National 4-H Council — engaging America’s largest youth development organization, 4-H, to provide digital literacy skills training to youth, as well as teen-led learning programs in rural communities.”

3) Stimulating investment by others through technology licensing: A new technology program to stimulate investment “through royalty-free access to at least 39 patents and sample source code related to technology we’ve developed to better enable broadband connectivity through the use of TV white spaces spectrum in rural areas.”

To make it happen, said the company, the public sector has to do its part, through three assignments of its own:

1) FCC needs to ensure that the white space below 700 MHz continues to be available for wireless use on an unlicensed basis in every market in the country;

2) federal and state infrastructure investments; and

3) improved data collection by the FCC on the state of rural broadband coverage, thereby aiding policy makers and the private sector in making targeted investments. 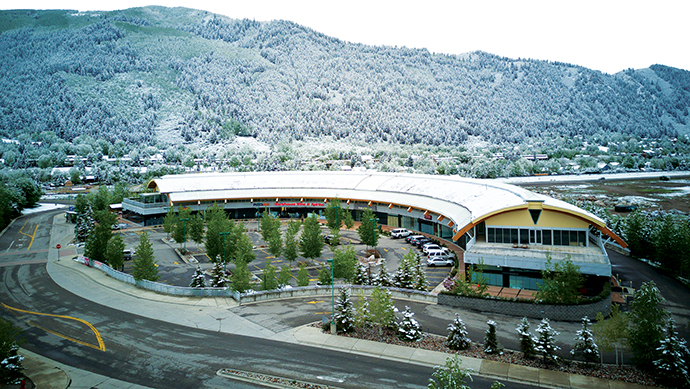