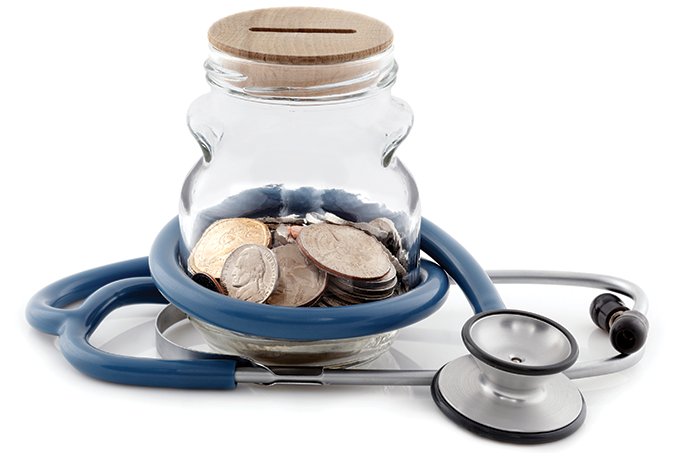 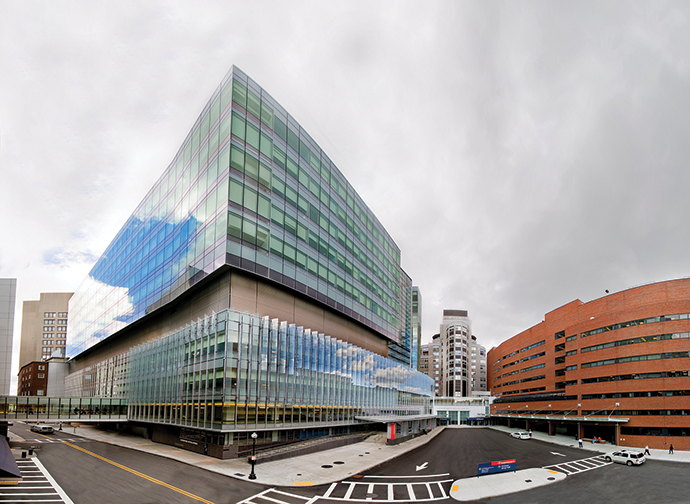 A recent corporate real estate study adds weight to the notion that anchor institutions, chiefly hospitals and universities, play a crucial role in the trajectories of the local economies they inhabit.

The report by Ian Anderson, director of research and analysis for CBRE, produced a finding that may seem startling: Employment in education and health services (Eds & Meds) has grown every year since 1940, the first year the study covers. As that fact sinks in, consider that Eds & Meds is the only employment sector that can stake such a claim.

In an interview with Site Selection, study author Anderson expressed a measure of surprise at his own finding.

“It’s remarkable,” says Anderson. “When you look at the data, I think the real hidden job generator in this economy is education and health services.”

The CBRE study found that “over the past 50 years, no major US employment sector has grown as quickly (500 percent) or added more jobs (18.8 million — more than one out of every five)” than the education and health services sectors.

Together, hospitals and universities employ about 8 percent of the US labor force and account for more than 7 percent of gross domestic product. Anderson’s study suggests the long-term effects of Eds & Meds clusters are akin to shock absorbers on a local economy, smoothing out bumps created by ups and downs in the economic cycle. The size, purchasing power and stability of anchor institutions (universities, after all, do not just pick up and move) help to reinforce their long-term value.

Anderson believes the Eds & Meds effect may be accelerating.

Similarly: “As we’ve moved away from a manufacturing and industrial economy toward a more knowledge-based economy, education has become more important than ever.”

“The United States,” he says, “still has the best educational and healthcare services system in the world. So, we are still attracting a disproportionate amount of people from overseas who are coming here to essentially purchase our education and health services.

“I don’t think we’re talking about a bubble. If we were a closed economy, I’d be more worried. But the fact that we continue to lead the world in offering educational and health services and the incredible growth in populations in places like India and China, there’s an overflow that’s going to be driven here for what have essentially become exports.”

Aaron Renn, senior fellow at the Manhattan Institute for Policy Research and author of The Urban State of Mind, sounds a cautionary note against over-exuberance. Noting the successes of Philadelphia and Pittsburgh, Renn says the Eds & Meds sector has come to dominate other cities’ development strategies, and perhaps unwisely so.

“Most places are not the Mayo Clinic or the Cleveland Clinic, places where people come from all over the world for treatment,” Renn tells Site Selection. “Most places are just providing services for their local community. It’s sort of like a grocery store.”

Renn argues that some of the economic and social trends that have buttressed the growth of Eds and Meds are likely to soon reverse.

“As the US starts to groan under the weight of spending on health care and higher education, it’s clear that as a society, we need to spend less, not more, on these items,” he says.

More crucially, says Renn, fundamental demographics should cause communities that might be affected to think about where things are headed. On the Eds side, he notes that some colleges, even universities, are beginning to struggle to attract the numbers of students they need.

“We had the baby boom,” says Renn. “Then we hit the very large millennial generation. But for a decade we’ve been in sort of a low birth-rate environment. As a result, cohorts of people are smaller. So to the extent that cohort sizes are declining, that’s the future customer base of universities. There was a bulge of millennials passing through, and when that bulge is past, now you have a structurally declining market.

“It’s the same thing,” says Renn, “with health care. Health care has benefited enormously from the aging population. The baby boomers are aging, and that’s lots of demand. When that’s over, you’re going to have a decline in the numbers of elderly people who consume a lot of health care services. If you look at a lot of communities in America, in the not-too-distant future, the over-65 population is going to start declining. If you’re building massive new hospitals, and your elderly population is going to turn south in a few years, that’s going to be overcapacity. “

Despite their opposing outlooks, Anderson and Renn agree that the most prominent and well-established of the Eds and Meds clusters are likely to thrive well into the future.

“If you’re at the top of the heap,” says Renn, “if you are the superstar, things are going to go well.”

Or, as Anderson writes: “As some of the more routine tasks become deliverable via technology, the education and medical institutions with the greater expertise and specialties are expected to benefit. Consequently, consolidation is occurring and — generally speaking — those with the most sought-after expertise will survive and flourish.” 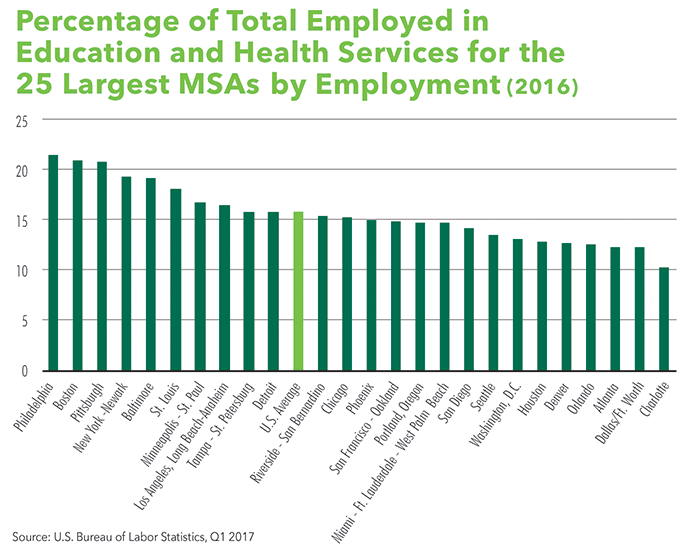