How the Experts Export 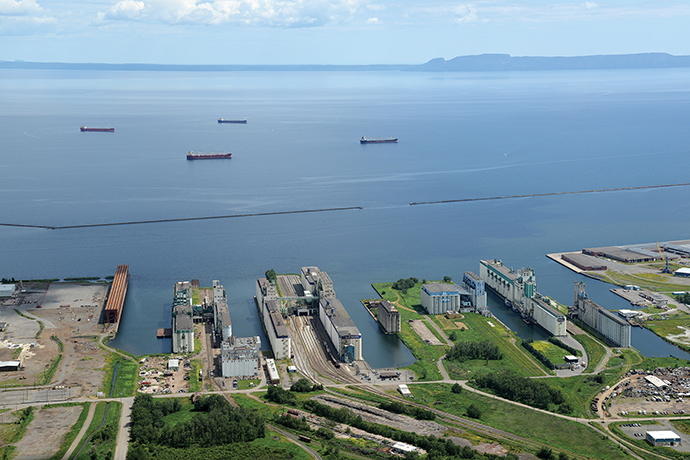 Only one Canadian port city is mid-way between the Atlantic and Pacific Oceans, is the largest outbound port on the Great Lakes-St. Lawrence Seaway System and the furthest inland port in Canada, and offers sophisticated transshipment services via rail, the TransCanada Highway, air and cargo ship: Thunder Bay, Ontario. Larger, better known Canadian commercial centers, like Vancouver or Montreal, can’t offer the logistics assets and connectivity Thunder Bay can. Its location on Lake Superior near the U.S. border, and just a few hours’ drive to the Minneapolis-St. Paul metro area, places it mid-continent with direct access to the Midwest and central United States.

The centerpiece of Thunder Bay’s transportation infrastructure is the Port of Thunder Bay, which reports overall cargo volumes at 15 percent above average halfway through 2017. Western Canadian grain exporters are the port’s main clientele. The facility has eight grain elevators and the largest grain storage capacity in Canada. Coal and potash shipments, primarily to Brazil and Europe, are another key port function, the latter due in part to its being the only potash-loading port on the Great Lakes. May saw the highest recorded potash volume since 2007 — 134,000 metric tons.

Canadian National and Canadian Pacific Railways serve the port, and Thunder Bay’s international airport is the third busiest in Ontario. Here, too, Thunder Bay’s location in Northwestern Ontario, rather than in the more populated southern part of the province, is an advantage, explains Ed Schmidtke, president and CEO of the Thunder Bay International Airports Authority. 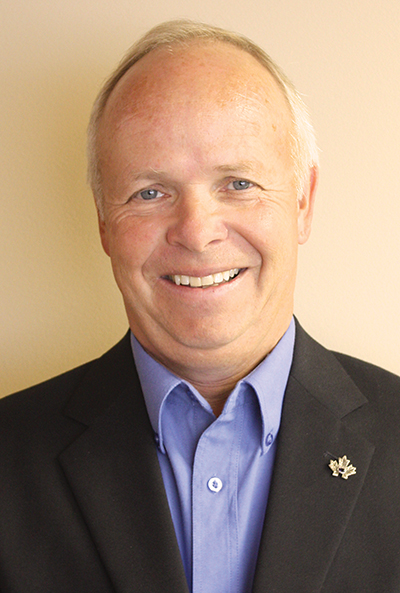 Only his facility in Ontario delivers “low operating costs, geographic competitive advantage in the center of the continent, partnerships with a technical college with flight training, aircraft maintenance and advanced manufacturing curricula.” As for Thunder Bay being remote relative to other Canadian markets, Schmidtke argues distance is not an issue in the aviation sector. “Remoteness generates employee loyalty as those that work here generally stay here.”

Besides reduced employee turnover, he adds, site selectors would be interested to know about Lakehead University and Confederation College, which graduate more than 3,600 students annually in a range of high-tech fields, the region’s history of low inflation, “big city amenities in a small town, exceptional health care and excellent air service.”

Two types of companies typically include port access in their evaluation of potential sites, says Tim Heney, CEO of the Thunder Bay Port Authority: “Western Canadian producers looking to access the St. Lawrence Seaway to export their products to markets in Europe, North Africa, the Middle East and Latin America, and European or Middle Eastern companies looking to access markets in Western Canada and the central U.S.”

Recent investments at the port illustrate the strategic significance of its location and port facilities’ ability to scale up as investors require more capacity, says Heney. These include “the purchase of Valley Camp Terminals by AGT Grain to repurpose the facility for shipment of lentils to Algeria, and the acquisition of the former Current River grain terminal by Richardson International, doubling the company’s capacity for grain exports.” The Thunder Bay operation is a mainstay of Richardson’s export operations and a leading Canadian handler of durum wheat, feed peas and oats.

Large Infrastructure for Its Size

Canada Malting’s logistics requirement is neither the airport nor the Port of Thunder Bay, although both play roles in the success of its Thunder Bay plant, where malt is produced for brewers, distillers and food processors. The company depends heavily on the Canadian National and Canadian Pacific Railroads for moving barley in from Canada’s Eastern Prairie provinces of Manitoba and Saskatchewan and malt out to points throughout North America.

“Thunder Bay is a key rail hub, which makes it easy for us to get rail cars to service the areas where we’re shipping,” says Paul Ritchie, plant manager of the Thunder Bay facility. “These include the Golden Horseshoe area of Southern Ontario [a region on the western side of Lake Ontario that includes Greater Toronto and Hamilton] and its more than 9 million residents, and south into the U.S. Midwest and beyond.” A growing part of the company’s business is the burgeoning craft brewery industry, which includes two craft breweries in Thunder Bay.

Ritchie says the company has shipped malt via water in the past, from the Port of Thunder Bay, but it is less economically feasible to do so at present than by rail — and it’s not exporting product beyond North America, so rail remains the preferred transport. “We have the capability to load vessels, and we could make that happen if need be,” adds Ritchie.

“Thunder Bay may be a smaller city, but it has a large rail infrastructure for its size,” he points out. “The international airport makes it easy to bring in people or parts and equipment. Between roads, air and rail, the area is very well served.”

This Investment Profile was prepared under the auspices of the Thunder Bay Community and Economic Development Commission. For more information, call (807) 625-3960 or visit www.gotothunderbay.ca.