Manufacturing advances from historic forging territory to beyond Earth’s atmosphere 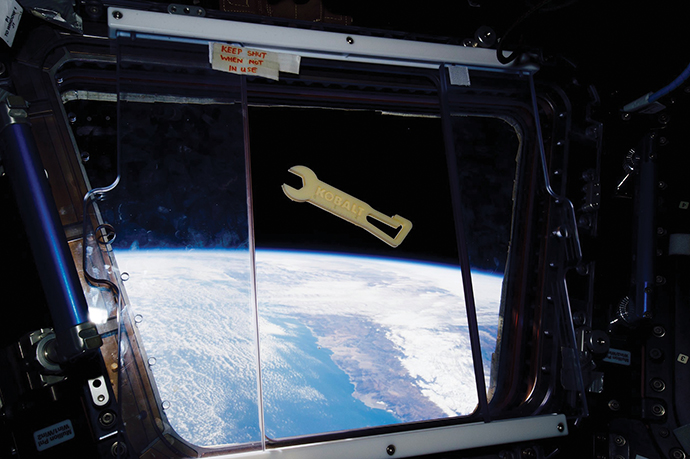 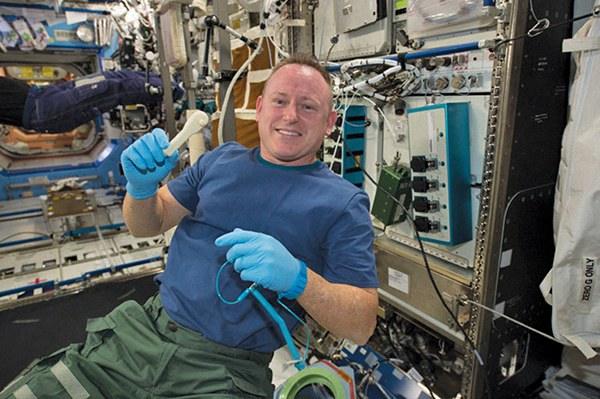 Astronaut Barry Wilmore and his new 3D-printed ratchet, courtesy of Made in Space’s additive manufacturing facility on the International Space Station.
Photo courtesy of NASA and Made In Space

Manufacturing doesn’t get more advanced than putting machines into human bodies — the ultimate precision machines. When you make titanium or plastic parts for shoulders, hips, knees and spines, you’d better get it right.

One company getting it right since 1988 is Perryman Company, whose manufacturing campus locations include sites in Houston and California … both names of towns in Pennsylvania, and not far from another Perryman campus in Frackville. Its offices range from Philadelphia and Los Angeles domestically to London, Zurich, Tokyo and Xi’an, China.

In November, Perryman announced it had purchased approximately 35 acres of land and buildings located adjacent to its current HQ and manufacturing facilities in Houston for the establishment of a new advanced manufacturing campus, complementing the integrated titanium operations of its other Pennsylvania sites.

Aerospace and medical industries continue to be key drivers for Perryman, which has grown steadily through incremental expansion as well as acquisitions over the past eight years. “Technology advancements in materials are occurring simultaneously with advancements in new aircraft design and orthopedic procedures,” said President and CEO Frank Perryman. “This campus will be dedicated to supporting Perryman’s growth opportunities in these and other industries.” The new investment is expected to support current and future growth over the next 10-15 years.

Titanium used in the additive/3D industry has been identified as an area for immediate growth. Viewed by many as a transformative technology, Perryman has been supporting titanium additive/3D users for over 10 years. “Our strength as a fully integrated titanium producer uniquely positions us to support the growth of this emerging industry. Our aim is to ensure there’s a reliable, high quality source of supply,” Perryman said.

Perryman’s HQ sits only 100 miles from America Makes, aka the National Additive Manufacturing Innovation Institute, in Youngstown, Ohio. As the national accelerator for additive manufacturing, America Makes is the first Institute within the Manufacturing USA infrastructure and is driven by the National Center for Defense Manufacturing and Machining (NCDMM). In late November, it announced a project call for phase 3 of the “Maturation of Advanced Manufacturing for Low-Cost Sustainment (MAMLS)” program, funded by the Air Force Research Laboratory (AFRL), Materials and Manufacturing Directorate, Manufacturing and Industrial Base Technology Division. With the addition of this project call, America Makes will soon have a portfolio of more than $114.5 million in public and private funds invested in advancing US advanced manufacturing. “Phase 3 of MAMLS will improve rapid part replacement/maintenance for legacy aircraft, enable on-demand replacement of critically damaged or obsolete components, and reduce the cost and lead time to fabricate replacement components,” said Rob Gorham, America Makes executive director.

“Footprint 2020: Expansion and Optimization Approaches for US Manufacturers,” a new study from Deloitte and the Manufacturers Alliance for Productivity and Innovation (MAPI), asks companies which geographies they plan to invest in next and which levers do the intended countries pull in terms of increasing shareholder value. How important is groundbreaking innovation? Very. When the authors asked company leaders which factors are driving investments today and which will drive them three years from now, here’s how they responded:

Today: “Manufacturing executives responding to the survey indicate market opportunities, the search for talent, and business disruption concerns top their priority list when determining where to set up or expand their facilities.”

2020: “Executives responding to the survey anticipate a shift in these primary location drivers. They project the need to establish their operations in locations that can support and provide access to the latest technological advances [italics added]. In addition, they are more aware of the importance of a strong talent pipeline, as measured by investment in the local educational infrastructure.”

The survey found many companies “are now shifting their assessment away from countries’ infrastructure and focusing more on countries’ investments in technology advancements (e.g. 3D printing). Technology investments can help manufacturers further innovate, automate and advance their processes and, thus, remain competitive in the market.”

But do any of those companies plan to advance manufacturing beyond the atmosphere? One does.

In December, Space Florida announced what it called a first-of-its-kind financing agreement with Made In Space (MIS), Inc.

“MIS products are utilized both in space and on Earth, and the company was the first to manufacture hardware off the planet,” Space Florida announced. “Under the agreement, Space Florida provided debt financing to MIS in support of the company’s entrance into the fiber-optics manufacturing market. Provided as security for the loan are space-based or space-bound hardware utilized to manufacture fiber optics in the microgravity environment of the International Space Station. The agreement breaks new ground in how space assets can be financed and collateralized by lenders, as well as paves the way for expanded commercial financing in the segment.

Aboard the December 12 SpaceX CRS-13, MIS launched its Fiber Optics payload that will manufacture ZBLAN optical fibers in microgravity in a specially designed additive manufacturing facility (AMF) on the International Space Station that was launched in March 2016. “It is anticipated that in-space production of ZBLAN will create a fiber of higher quality — one that cannot be made on Earth,” said Space Florida. “This space-produced product will remain competitively priced against fibers produced terrestrially.

Under the agreement for use of AMF, Made In Space owns the manufacturing device while NASA and commercial customers use it as a service. During its time on the ISS, the AMF has manufactured a number of parts, tools, devices, and multi-part assemblies to be used on orbit and on Earth. AMF’s broad potential has already been leveraged to provide medical parts, aerospace equipment, art, and STEM research to people and organizations around the world.

“We believe ZBLAN fiber will be the first commercially produced product manufactured in space that is brought back to Earth for use,” said Andrew Rush, president and CEO of Made In Space, Inc. “It’s potential to impact life on Earth and mankind’s utilization of space is tremendous. Space Florida’s assistance has been invaluable as we have worked to develop this truly revolutionary product.” 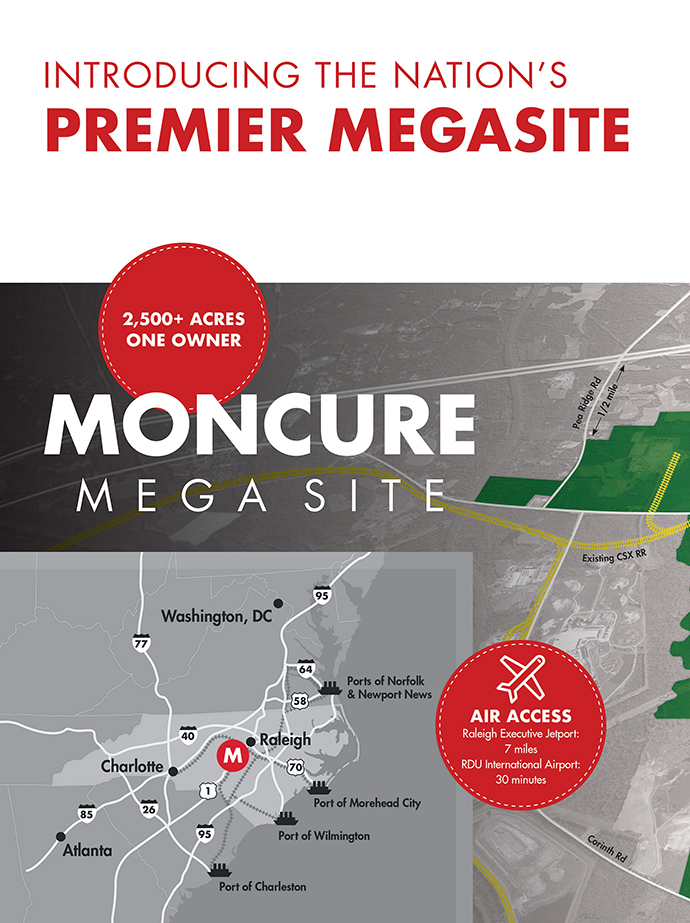 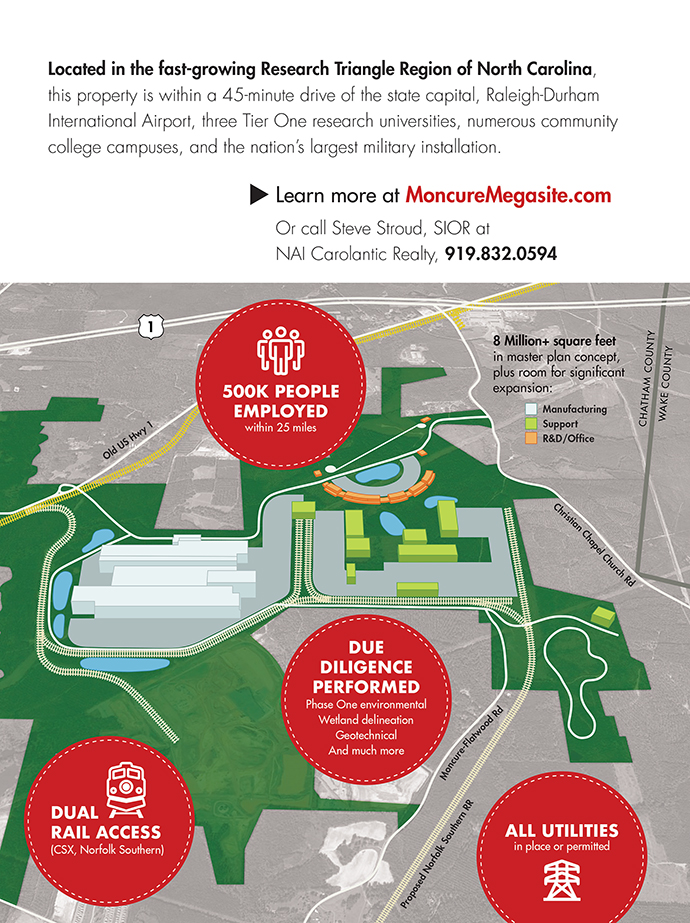 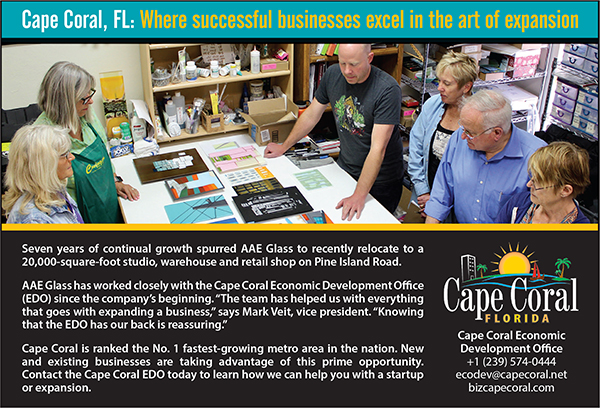 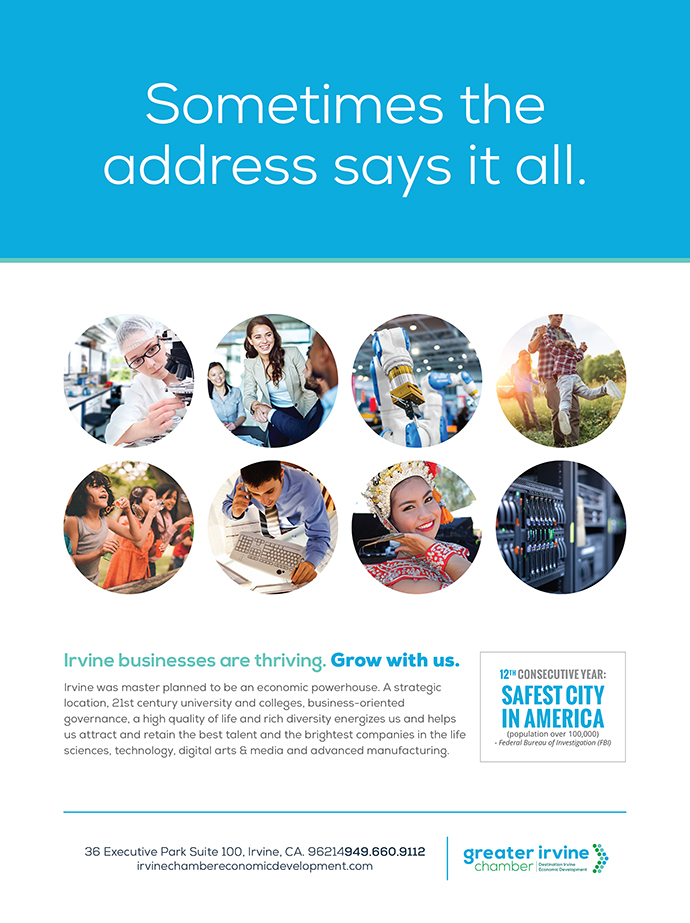 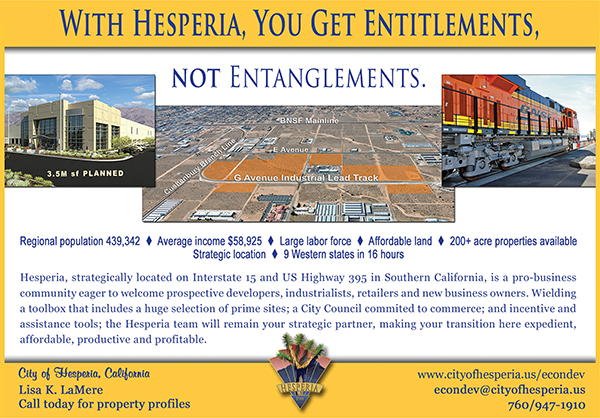 Peoria AZ is the SMART Choice for Business Location 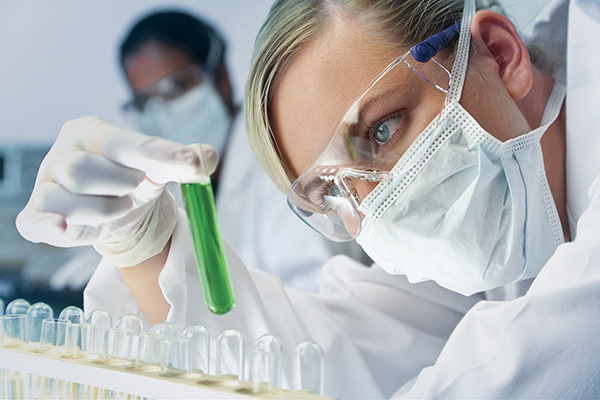 Peoria, Arizona, has an abundant, educated workforce within a 30-minute drive time from major employment centers. This makes the relocation or expansion decision more reliable for investors and businesses who are ready to make a move.

From its stunning topography to diverse workforce, Peoria Arizona is becoming an increasingly popular place to live, work and invest. Peoria is in a unique position. It is a growing city with a thriving business community, a high-quality workforce, premier sites for investors and developers, as well as opportunities for public-private partnerships. Peoria is developing its economy to compete for local, national and global business. With a supportive mayor and highly involved city council driving the economic development strategies, Peoria’s leaders are not only taking control of its future, they are creating it.

Adopting an aggressive strategy has allowed the city to attract smart people and smart businesses to the area. Additionally, Peoria is a low-cost option for both business and workforce attraction when compared to Austin, Dallas, Denver, Salt Lake City, San Diego, San Francisco and Los Angeles.

Having an available, high-quality workforce is essential in today’s competitive business environment. Peoria has an abundant, educated workforce within a 30 -minute drive from most major employment centers in the Phoenix metropolitan area. The average professional is approximately 35 years old, with a college degree. A strong and talented workforce makes the relocation and/or expansion decision easier for investors and businesses that are ready to make a smart move.

Peoria is home to one of Arizona’s largest lakes, beautiful parks and more than 25 miles of hiking trails throughout the city, Peoria offers many outdoor recreational opportunities. Peoria also boasts exceptional arts and cultural amenities, breathtaking golf courses and the P83 Entertainment District, which is spring training home to the San Diego Padres and Seattle Mariners.

With a high quality of life, many development opportunities, and targeted workforce development initiatives, Peoria is a great place to live and work for families, professionals and business owners alike. Our economic development team is ready to help you make your move to one of Arizona’s premier cities. 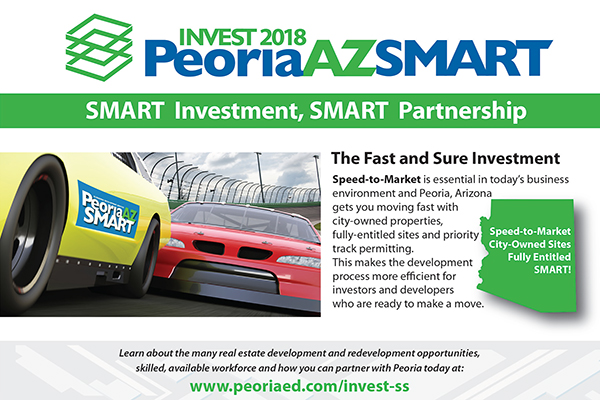