Who’s achieving the American Dream and who’s not? A unique survey sheds light on both. 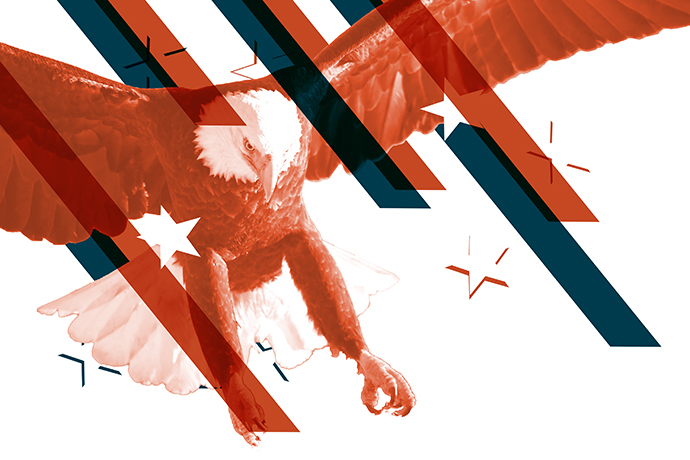 How we define the American Dream may be changing, but a recent survey shows that residents of Louisiana and Idaho are attaining that dream better than most. At the community level, people in Salt Lake City, Baton Rouge, Toledo and York, Pennsylvania, say they are achieving that dream more often as well.

Better enabling the American Dream starts with knowing what it really is. Simply stated, the American Dream is the national ethos of the United States. It is rooted in the Declaration of Independence with the phrase “all men are created equal, that they are endowed by their Creator with certain unalienable rights, that among these are life, liberty and the pursuit of happiness.”

Over time, descriptions of the American Dream have been supplemented with ideals. For example — owning a home, upward mobility, success is a result of hard work and determination. But, these descriptions have served to create confusion rather than provide clarity.

The researchers found the American Dream comprises 35 dimensions including: a) economic factors such as home ownership, financial security and job characteristics; b) personal well-being factors such as family and friends, leisure and happiness; c) societal factors such as trust in government, justice, civic participation; d) diversity factors; and e) physical environment.

The methodology is conceptually similar to classic brand equity research. It relies on a national survey of roughly 1,000 respondents who are statistically representative of the US population. The questionnaire is fielded monthly and contains 139 statements pertaining to various aspects of the American Dream. Responses are combined to create the 35 dimensions that make up the American Dream. In addition, the 35 dimensions were tested to see if they could be grouped into themes. This led to the definition of five super-dimensions or sub-indices. Each dimension is assigned to one sub-index. The ADCI is the first measurement that quantifies the American Dream in its entirety.

Annually, the team at Xavier provides The Burghard Group LLC with a rolling three-year database of ADCI and dimension scores by zip code for use in conducting a secondary analysis to gauge how well residents at the state and MSA level are achieving the American Dream. Researchers at Xavier include only states and MSAs where enough responses exist to ensure confidence in the results. Consequently, not every MSA is included in the database. For perspective, the scores are based on a scale from 0 to 100. The score represents the percent of the way to achieving each dimension and the American Dream overall.

These are the states where residents report achieving their American Dream to a statistically significantly greater degree than the national average. Each year the designation is awarded based on three years of data ending the prior year. For the 2017 designation, the data includes responses from the 2014, 2015 and 2016.

These are the cities where residents report achieving their American Dream to a statistically significantly greater degree than the national average.

States and MSAs can drop in and out of significance if there are insufficient observations far enough away from the mean to say with confidence the underlying true average is different from the nation. This conservative approach in interpreting the data provides an added layer of confidence that, when a location is awarded the American Dream designation, the observed difference isn’t simply a matter of chance.

For example, in the report published last year, the states of Hawaii, Oregon, Utah, Minnesota and Indiana were designated American Dream States. In this report, the ADCI score for these states is no longer statistically significantly greater than the national average and they dropped out. In January 2017, some 14 states qualified for the American Dream designation. In this report, only seven states qualify. Similarly, in January 2017 only 14 MSAs qualified and in this report 14 again met the criteria.

Researchers at Xavier observed an interesting macroeconomic trend: Calendar 2016 data was markedly more volatile than any previous recorded year. There were a lot of all-time high scores recorded. The most notable ADCI changes were associated with dimensions related to the political and social environment.

The following are the top three performing states for each of the 35 dimensions. The national score represents the sentiment of US residents on the percentage of the way the nation is toward fully realizing that dimension. Only states with a statistically significant positive difference are considered in the ordinal ranking. Read the chart as “the degree to which residents of Hawaii, Delaware, and Idaho believe they are achieving financial security is numerically higher than residents in any other state.” An asterisk indicates there were only two states with scores statistically significantly above the national average.

It is expected the rankings may not align with your personal perception of a location. But rather than dismiss the results out of hand, the question you should ask is, “Why do people living in the location have a perspective that is so different than my own?” In addition, you should always look at credible secondary data related to the dimension in order to assess if the resident score is underpinned by reality or merely uninformed perception.

The ADCI (mean score across all dimensions) is 64.8. The dimension scores for Freedom of Expression, Political Freedom, and Family Support stand out in a positive light relative to the overall ADCI score. The dimension scores for Trust in Government, Civic Participation and Trust in Business stand out in a negative light. Based on an ANOVA analysis of the dimension data, the following demographic categories have statistically significant effects on the main ADCI score (listed in order of highest significance to lowest significance):

Even though these are statistically significant effects, they have what we call a low effect size. Meaning, all of the above effects only account for about 3 percent of the total variation in the ADCI score. That means even though we can say a higher salary is associated with a higher ADCI score, it doesn’t make that big of a difference. This finding reinforces the multi-dimensional nature of the American Dream.

Ed Burghard is the founder and CEO of Strengthening Brand America Project (www.strengtheningbrandamerica.com). He is the former executive director of the Ohio Business Development Coalition and former Harley Procter Marketer at Procter & Gamble in Cincinnati. For additional information on how to leverage the ADCI data for place branding, contact Ed Burghard at eburghard@mac.com.