As in other emerging markets, Vietnam’s opportunities grow clearer when viewed at the regional level. 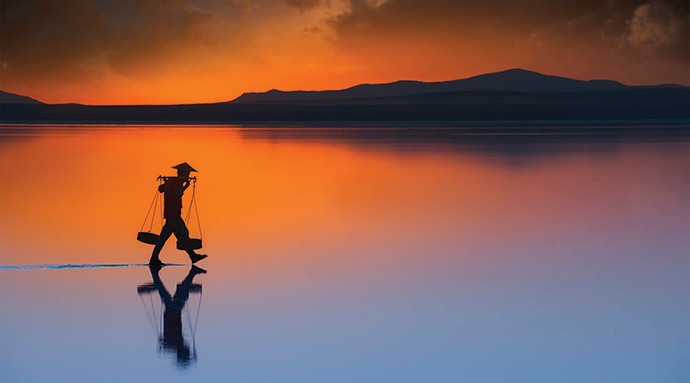 Business leaders internationalizing their operations must first examine where to locate new production facilities. China, the traditional hub for Asia-bound investment, is quickly shifting from a low-cost hub for manufacturing toward a high-end production destination with a thriving middle class.

Amid this shift, Vietnam has become the clear standout in the Association of Southeast Asian Nations (ASEAN). Between 2010 and 2016, the economy nearly doubled as more than US$86.7 billion was added to gross domestic product.

Foreign investors, however, will find that success in Vietnam is much more nuanced than growth figures let on. Foreign investment can quickly become a complicated process without proper market research and due diligence. Many investors will find that the selection of an optimal location in Vietnam is among the most important and time-consuming considerations, and a prerequisite to the implementation of financially sound operations.

To date, Vietnam has established four Key Economic Regions (KER) throughout the country. The following gives a brief overview of three of them, the advantages that each region provides and some of the constraints that investors may face when selecting this location for investment.

Vietnam’s Northern KER is best positioned as a hub for China-plus-one manufacturing — a process whereby existing manufacturing in China is supplemented by one or more low cost jurisdictions such as Vietnam. Many companies choose to invest in Northern Vietnam to take advantage of lower labor costs compared to China, while ensuring that facilities retain close proximity to Chinese supply chains.

As a direct result of their proximity to China, Northern Vietnamese cities such as Hanoi and Hai Phong have attracted major investment from the likes of Chevron, and Bridgestone — companies with existing operations in China. The influx of investments in heavy manufacturing and petrochemicals has also concentrated talent and infrastructure suited to heavy manufacturing within the north of the country.

The Central KER excels by providing investors with an investment environment with comparatively less competition than more explored investment hubs in the north and south of the country. In recent years, the region’s largest city of Da Nang has emerged as a hub for seafood, food processing, and manufacturing.

In addition to production, Da Nang in particular benefits from a greater degree of urban planning and development than many cities in Vietnam. Investors such as IBM, GE, and Cisco have become actively involved in the upgrading the cities’ telecommunications networks, and showcase the profitability of working with governmental authorities through public-private partnerships.

While enjoying the benefits of better organizational structure than other regions throughout the country, Da Nang is constrained by its population. The scalability of retail is a primary concern in this regard. While Da Nang and other cities within Vietnam’s central economic reg ion are likely to provide ripe opportunities for investors, the central KER is unlikely to provide the avenues to establish lasting brand identity.

Encompassing the provinces of Binh Duong, Binh Phuc, Long An, Ho Chi Minh City, Tay Ninh, Dong Nai, Vietnam’s Southern KER has attracted the most FDI projects to date in 2017, with 793 projected listed as of August 2017.

Vietnam’s Southern KER is economically diversified. As a result, businesses from more niche sectors are likely to find that the South provides a more suitable environment for investment. This is particularly true for Small and Medium Sized Enterprises (SME). SMEs are likely to benefit from a greater degree of balance between support for small and large-scale investment. In recent years, Ho Chi Minh City in particular has become a hub for startups and tech entrepreneurs for this exact reason.

Consumption is another major advantage for the Southern region. Investors seeking to establish brand identity with Vietnamese consumers are sure to find opportunities in the South, home to Ho Chi Minh City, the country’s largest metro area. For this reason, Ho Chi Minh City is the preferred destination for companies trialing food and beverage products, pharmaceuticals, and luxury goods.

Vietnam’s Southern KER lacks the proximity to China found in the north Vietnam. As a result, it is more time consuming for investors exploring China-plus-one expansion strategies to ship components between factories in China and assembly facilities in or around Ho Chi Minh City. Investors with time-sensitive production chains would be best served by considering locations in the North of the country. 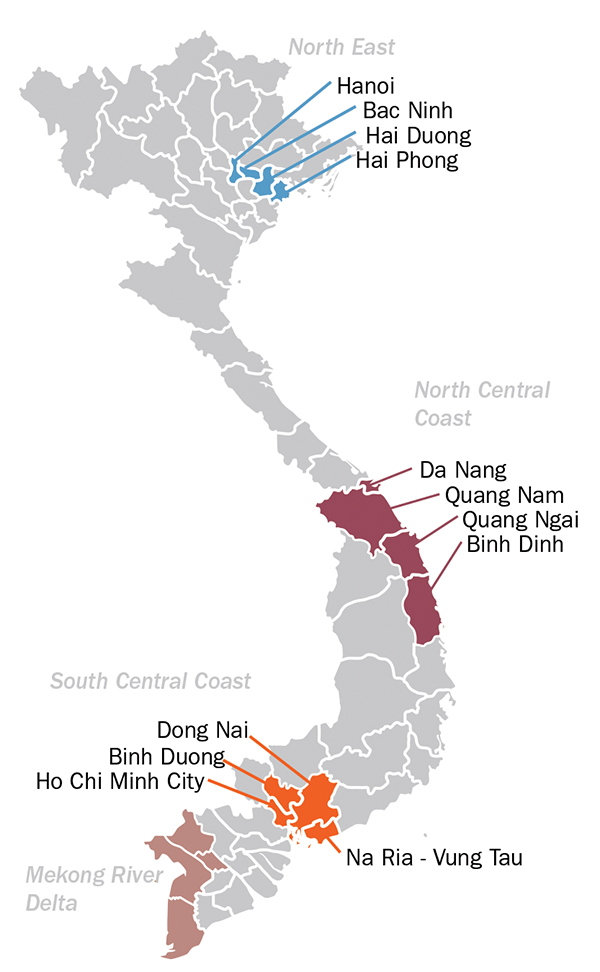 
To China and Back

The economics of where to manufacture apply equally to companies making their own products and those that wouldn’t dream of it. The latter turn to companies like Atlanta-based East West Manufacturing, a contract manufacturing, design, engineering and logistics provider with facilities in China, Vietnam and India. It may soon add the United States to that list as the company mulls acquiring one or more US manufacturing operations.

How did you get started in Asia?
At first, in China, we were exclusively a sourcing facilitator — we didn’t own our own factories. That began in Changzhou through a joint venture. HVAC is one of our key markets. The electric motors we make in that facility are used to drive air and water movement in pumps and fans that are part of HVAC and refrigeration devices. We make 1 million-plus motors in that facility each year that end up in the North American and European market. 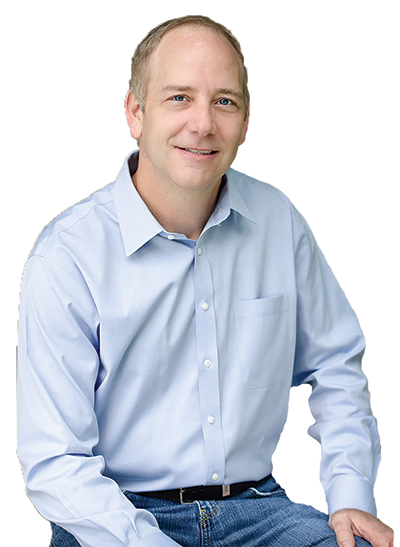 We then expanded into Vietnam with the same model of being a bridge between suppliers who weren’t quite capable of selling to the West. We originally went to Vietnam for proximity to rubber. We were manufacturing millions of dollars a year worth of anti-vibration rubber products used in HVAC and refrigeration applications. We liked what we saw in Vietnam — lower labor costs, a friendly tax environment. We built our own 50,000-square-foot [4,645-sq.-m.] injection molding and assembly facility in Vietnam in 2007.

Your primary customers are those for whom setting up their own operations in Asia would not be economical?
That’s one subset of our customer base. Another is those who know they need to be sourcing from Asia, but they don’t have the capability, and they recognize it would be too expensive and take too long to develop those capabilities and navigate the maze of establishing an operation in China. It takes time, and there is no substitute for time. You can’t become [fully operational] without a couple years’ experience and building trust with the local government, demonstrating that you’re real, you have capital invested there, you’re employing people. We have the luxury of having that there for 16 years.

Have clients’ reasons for contract manufacturing evolved over time?
Our model does a very good job of adding value to a customer’s supply chain at the one optimum place in the world where that value should be added. Manufacturing customers are always looking for that, whether it’s a large company or a small one.

One trend that appears to be gaining is companies that never have had nor wanted to have — and in no part of their business plan did they ever contemplate — doing manufacturing — virtual companies that really want to focus on design and marketing their products. They know that’s their core competency and have no interest whatsoever in even flirting with the idea of making their own products. One is Innovolt, a power protection and data company, which we just bought. They were so virtual that we were adding as much value or more than they were. We knew how to make the product, how to get it agency approved, improve it incrementally, take cost out, improve features more than they did.

Manufacturing in the US is making a comeback on many levels — Foxconn in Wisconsin being a major recent example. How is that affecting your operations, which are Asia-centric?
It’s adding value where it is most optimal. There is no whim, political or otherwise, that can disrupt that. If Foxconn is building a facility in Wisconsin because that is the most optimal location to do so and offers the most value-add, then it will be successful. If not, then it probably won’t be, because it may be subject to some whim that can be taken away. We’re confident our model approaches value-add from where the right place is to do it.

“Our model does a very good job of adding value to a customer’s supply chain at the one optimum place in the world where that value should be added. Manufacturing customers are always looking for that.”

Today, we’re under a letter of intent to acquire a domestic electronics manufacturer. We see the value-add of domestic manufacturing. We always have, but now we see the value of putting that under our own umbrella. Domestic manufacturers are very good at doing things that we’re not good at — high mix, low volume, quick response, getting prototypes and production runs of 100 units to a customer in 10 days. We need to add that to our capability set, and the best way to do that is to acquire a customer rather than build a facility from scratch. We’ll then have a seamless, integrated offering from design through prototype and domestic manufacturing, and as they ramp up, we can discuss taking some of that offshore to reduce costs and keep portions domestic if they need to. Today, domestic manufacturers lose business to people like us. If we can make it integrated, then it’s seamless for the customer.