The Caribbean rides the crest of rising call center and BPO activity. 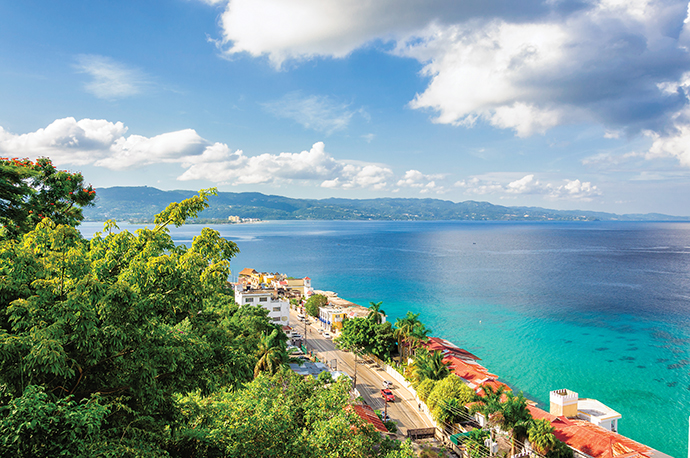 Yoni Epstein, 37, is the founder of what could well be the world’s coolest back office, one that willfully slays the image of the cramped call center packed with underpaid, over-worked employees.

Last September, Epstein’s itelbpo opened a new headquarters that’s Silicon-slick throughout its 44,000 sq. ft. (4,090 sq. m.) of workspace. “Google-like” is how he describes it. It’s bright, open, interactive and vibrant, and its panoramic views of an azure blue bay provide a touch of the near-surreal. Himself a former customer service agent, Epstein recognizes fundamental value in going to bat for his 400 full-time agents.

“Creating an environment and culture that’s second to none makes your team members want to come to work each day,” Epstein tells Site Selection. “It makes them want to produce better and exceed expectations.”

Having started his business from scratch in 2012, Epstein has seen it grow from seven employees to nearly 800. The most satisfying aspect, for Epstein, is that he’s pulled this off in his native Jamaica. Epstein boasts that itelbpo, with its new home base in Montego Bay and outposts in Kingston, the Bahamas and even Tampa, is Jamaica’s biggest “indigenous” company.

“It’s the warmth of the Jamaican people that’s helped make us and so many other companies in the sector become so successful here,” says Epstein. “The BPO business,” he says, “is built on human capital.”

Epstein views the timing as propitious, with BPO (business process outsourcing) providers looking to “de-risk” themselves from investments in India and the Philippines, the world’s top locations for call centers. “Our region has never seen anything like this,” he says of BPO growth in the Caribbean. “It’s exploding.”

With automation marching throughout the call center industry, Jamaica is among the Caribbean nations betting heavily on the notion that North Americans faced with customer care issues would welcome the chance to speak one-on-one with a friendly, informative islander in a region known for providing service with an irresistible smile. 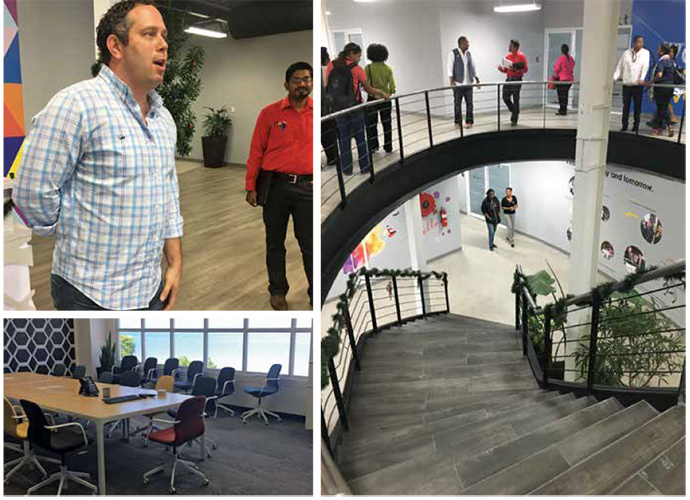 Founder Yoni Epstein has grown itelpbo from seven employees into the largest indigenous company in Jamaica.
Photos by Gary Daughters

In Jamaica, where the unemployment rate among 18-to-25-year-olds runs at 30 percent, the expanding BPO sector thus represents a significant strategic opportunity.

“It’s the quickest provider of jobs,” says Claude Duncan, vice president of sales and marketing for JAMPRO, Jamaica’s national investment and export promotion agency. He says the average hotel room, for example, takes $200,000 to build and creates an average of three employees.

The 50-odd companies taking part in the sector in Jamaica include powerhouses such as Sutherland Global, IBEX and HGS.

The Montego Bay Free Zone, a 42-acre (17-hectare) free trade area, is considered the birthplace and on-going catalyst of Jamaica’s BPO industry. The zone hosts 19 contact centers, including spaces leased by Teleperformance and Xerox, and employs close to 9,000 people. Its current array of 230,000 sq. ft. (21,370 sq. m.) of call center space is expanding, with facilities currently under construction expected to increase the stock by 10 percent, says Gloria Henry, associate vice president for operations for the zone. A BPO incubator, on-site workforce development, and 24/7 transportation to and from work are among the zone’s amenities.

Several busloads of trade and promotions professionals toured the facility in December as part of Outsource to the Caribbean, a two-day conference organized by JAMPRO, the Caribbean Export Development Agency and the Caribbean Association of Investment Promotion Agencies.

“The whole point,” says Diane Edwards, JAMPRO’s president, “is to expose Caribbean companies to what’s going on in the industry and to sound the message that we have a real nearshore advantage to offer to North America. We’re saying, ‘You need to come to the Caribbean, get your foot in the door and climb the value chain with us.’ ”

The Caribbean can claim proximity to US shores, cultural bonds established through its tourism business, political stability and an unusually young and abundant workforce. In addition, countries throughout the region have invested heavily in communications infrastructure, with most having at least two submarine fiber-optic lines; Jamaica itself has five.

Given the recent destruction wrought by Hurricanes Irma and Maria, should service providers blanche at marching headlong into the Caribbean? To some, the answer lies in the fact that very few places in the world are disaster-proof. Witness the recent California wildfires.

“It comes down to diversification,” says Ryan. “It’s important, if there’s an unfortunate circumstance, to be able to divert the work to another part of the world seamlessly. That’s something,” he says, “that this sector does already.”