An Electric Lifeline for Manufacturers 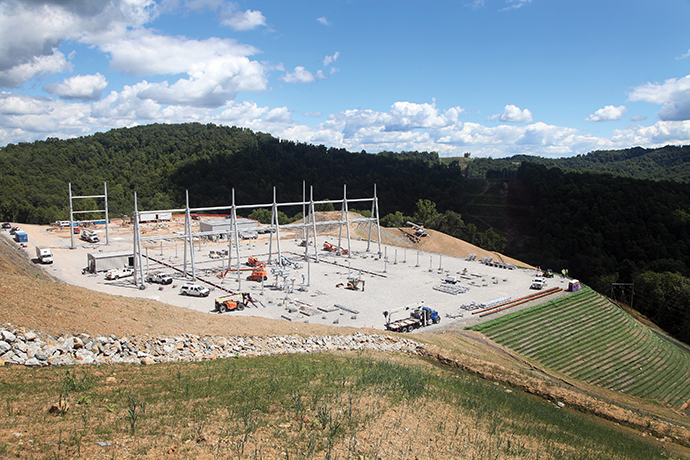 The new switching station/Static VAR compensator on a mountain in West Virginia that FirstEnergy built to help meet the increased electric load from the shale gas midstream companies.
Photo courtesy of FirstEnergy
by RON STARNER

A once-in-a-lifetime supply of energy has the potential to fuel a manufacturing renaissance in the tri-state region of Ohio, Pennsylvania and West Virginia, and the principle electric utility serving that region is doing all it can to turn that potential into reality.

Akron-based FirstEnergy Corp. operates one of the nation’s largest electric systems, serving more than 6 million customers in Ohio, Pennsylvania, New Jersey, Maryland, West Virginia and New York. With $43 billion in assets, FirstEnergy controls about 17,000 megawatts of diverse generation and has more than 24,000 miles of transmission infrastructure.

What FirstEnergy sees in the huge gas play found in the Marcellus Shale and the Utica Shale is nothing less than the opportunity for widescale regional economic transformation, says Patrick J. Kelly, economic development director for FirstEnergy.

“The heart of the Appalachian basin for shale gas overlays much of our service territory,” says Kelly. “FirstEnergy is committed to helping develop the manufacturing potential and to do what we can to make this not just an extraction business. Many of the manufacturers in the tri-state region are energy intensive and can benefit from the lower energy costs. The natural gas liquids from the wet gas are the building blocks to many of our larger industries in which we are leaders in the globe: polymers, chemicals, coatings, etc.”

Kelly says FirstEnergy is prepared to help companies take advantage of the sudden surge in cheap and plentiful natural gas. “When the shale development first started happening in the northern tier of Pennsylvania, it caught our attention, but we didn’t perhaps fully understand the impact,” he notes. “When we started to see all the pipelines booming in Western Pennsylvania, Northern West Virginia and Eastern Ohio, it jumped on our radar screen.”

Since then, FirstEnergy has invested heavily into developing relationships with midstream companies. “One of our big efforts was the remediation and sale of land of our former Burger Plant in Belmont County, Ohio” says Kelly. PTTGC has plans to build a $5 billion to $6 billion ethane cracker on that site.

FirstEnergy also works closely with the state of Pennsylvania to put decommissioned power plant sites back into productive use in the area economy.

Denise Brinley, senior energy advisor for the Pennsylvania Department of Economic and Community Development, says that FirstEnergy and the state “became engaged about 18 months ago about how to move some of the older closed power plants into productive reuse. Power plant owners are not used to being owners of real estate. A new paradigm is out there. As coal-fired power plants are retired, owners must find a means to divest of those properties.” 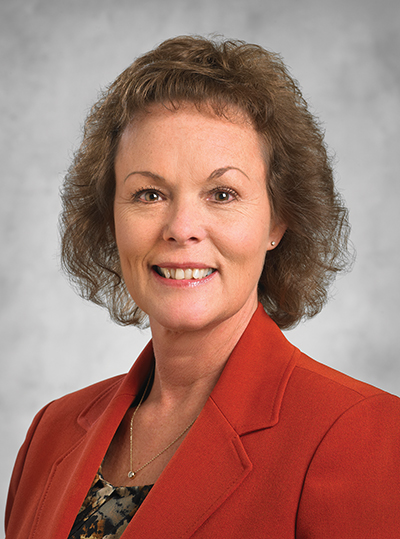 “Our Shale Team developed a proactive strategy to make investments in our transmission system and provide one point of contact for our midstream customers across our service territory.”
— Lisa Nentwick, Manager of Economic Development, FirstEnergy Corp.

FirstEnergy did more than that, however. As Brinley notes, the electric utility put together a repositioning “playbook” for its decommissioned power plants. One such site on the Monongahela River in Washington County “became a high-priority site for us at the department,” she says. “Pennsylvania wanted to see this site put back into productive reuse in the community, and so did FirstEnergy. We had a shared commitment regarding the overarching goals. An Economic Repositioning Playbook was born to identify the highest and best use of this property. The old Mitchell Power Station site will be reborn thanks to this plan.”

Brownfield redevelopment is a core principle of the state, Brinley adds. “The $6-billion Shell ethane cracker in Beaver County is being constructed on a 1,200-acre redevelopment of a former smelter site,” she notes. “Sites like these and the decommissioned power plant sites are loaded with infrastructure: transmission infrastructure, railroad lines, roads, river access, etc.”

Brinley says that Pennsylvania Gov. Tom Wolf “is committed to seeing manufacturing make a comeback in the southwest part of the state, and sites like those being provided by FirstEnergy are a pivotal part of that plan.”

Katie Klaber, managing partner of The Klaber Group in Pittsburgh, says that the advent of an abundant supply of natural gas liquids has the potential to be the most transformative event in the history of the region’s economy.

“We are looking at new manufacturing opportunities because of this,” Klaber says. “Downstream opportunities include a major shift in natural gas-fired electric power plants. The Shell ethane cracker will take local ethane and turn it into ethylene and polyethylene. As it is produced locally, there will be additional demand within a certain radius of the plant. The building of the cracker plant itself has required the building of new hotels, new suppliers, new cement plants and other operations involved in the supply chain.”

Chemical and petrochemical companies in the supply chain will benefit directly from this expansion of feedstock, notes Klaber. “FirstEnergy is providing electric service to places that did not have it before,” she adds. “Construction is underway at Shell, and PTTGC will make its final investment decision by the end of the first quarter of 2018. We will go from one major petrochemical plant being built outside the Gulf region to two and maybe even three.”

Klaber notes that “the pace and excitement around economic development in this region is the highest it’s been in my lifetime. I grew up here in the days of steel mills closing down, and I have never seen anything like this.”

This Investment Profile was prepared under the auspices of FirstEnergy Corp. For more information, contact Lisa K. Nentwick at 724-453-3438 or nentwickl@firstenergycorp.com.