These States Know How to Scrap

Metropolis, Illinois, located about as close to the middle of the Midwest as you can get, gets a lot of mileage from being the fictional hometown of the Man of Steel. But steel itself has a super-powered influence on the Midwest’s economy.

A study of all corporate-end-user facility investments tracked by Site Selection’s Conway Projects Database since January 2015 from all sectors across a swath of 12 upper Midwest states shows that 7.5 percent (330) of 4,403 projects were from metals and metals processing. Their powers? A cumulative value of $4.1 billion and job creation totaling more than 13,190. The heat maps on the opposite page depict which states lead in projects, and in projects per capita.

John Dunham & Associates conducted research funded by the Metals Service Center Institute (MSCI) to put together a recently released report called “The Economic Impact of the Metals Industry.” Altogether, the metals industry in 2017 accounted for about $621.53 billion in total economic output, or roughly 3.26 percent of US GDP.

“Metal producers and service centers directly or indirectly employ approximately 2,214,321 Americans in 2017,” the study said. “These workers earned over $149.91 billion in wages and benefits, and paid $61.81 billion in federal, state and local business taxes.” Moreover, the industry impacts firms in 514 of the 536 sectors of the US economy.

In other words, the Midwest more than pulls its weight in iron.

One Project At a Time

Ohio is certainly in the mix for Nucor, which has recently been investing in a number of new or expanded plants across these states. Last March Charlotte-based Nucor announced it will be investing $85 million to upgrade the rolling mill at its steel bar mill in Marion, Ohio, just north of Columbus. Nucor Steel Marion, Inc. is Ohio’s largest producer of rebar and signpost, capable of producing over 400,000 tons annually with 265 workers who earn about $23 million in annual payroll.

“Our Marion mill recently celebrated its 100th year of steelmaking. With this project to modernize the rolling mill, we are investing in the next 100 years,” said Nucor Chairman, CEO and President John Ferriola — a name literally derived from the Italian word for iron worker.

New anti-dumping and countervailing duties that went into effect late in the year will help domestic metals producers. Novelis, like its Nucor counterpart in steel a world leader in recycling as well as rolling, in late November announced a $4.5-million investment at its facility in Warren, Ohio, just outside Youngstown. The Warren facility has 75 employees dedicated to applying coating to rolled aluminum used for production of lids for the tops of aluminum beverage cans, producing enough for more than 1 billion beverage-can lids each month.

Mitchell Metal Products of Merrill, Wisconsin in October won the inaugural National Reshoring Award, presented by Harry Moser’s The Reshoring Initiative and the Precision Metalforming Association. The firm was selected after using reshoring to produce more end products with less lead time. In 2016, the company manufactured a cultivator handle subassembly product, increasing the volume from 4,500 made overseas to 30,000 made in Wisconsin.

“By leveraging the total cost of ownership approach pioneered by The Reshoring Initiative, we have won a number of value-added contracts and brought work back home,” explained Tim Zimmerman, president of Mitchell Metal Products. “We are proud to be delivering high-quality products to our customers and creating good jobs here in Wisconsin. Right now, 8 percent of our workforce is employed because of products we have helped to reshore.”

As for Nucor, it continued to invest its way west. The company in May 2017 said it would invest an estimated $176 million to build a hot band galvanizing and pickling line at its sheet mill in Ghent, Kentucky, along the Oho River between Cincinnati and Louisville. The project adds 75 jobs to the mill payroll of 430.

Illinois received an investment from Nucor in November that means $180 million invested in a new full-range merchant bar quality (MBQ) mill at its existing Nucor Steel Kankakee Inc. bar steel mill site located in Bourbonnais, Illinois. The company’s strong commercial footprint in the central US was a factor.

In August, Nucor said it had agreed to acquire St. Louis Cold Drawn, Inc., a manufacturer of cold drawn rounds, hexagons, squares, and special sections. But Nucor wasn’t done in Missouri yet. In November, less than a week after the Kankakee announcement, Nucor pledged to invest at least $250 million in a new rebar micro mill in Sedalia, about 1.5 hours east of Kansas City.

The location will also allow Nucor to take advantage of the abundant scrap supply in the immediate area provided by Nucor’s scrap business, The David J. Joseph Company. But the workers won’t be scrapping: The average annual salary of the expected 255 new full-time jobs at the mill will be approximately $65,000.

“We had the directors of three state departments working one-on-one with Nucor, and we worked with the legislature to get the tools we needed to make Missouri competitive,” said Acting Director of Missouri’s Department of Economic Development Rob Dixon.

“We were competing with five different states,” Missouri Partnership CEO Steve Johnson said, “and our statewide team was able to show why Missouri is the place for them to invest and grow their company.”

“We are encouraged by the tremendous support received by the state and local community in Missouri, and Nucor has decided to pursue an additional micro mill project,” said Dave Sumoski, executive vice president of Merchant and Rebar Products. “Two regions are currently under consideration in the Southeastern United States for this additional project.” 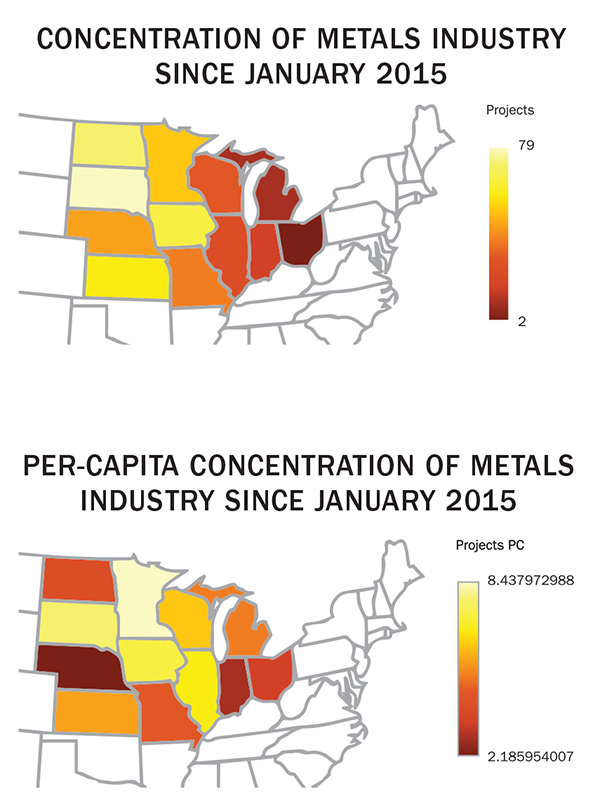