Tennessee’s signature industry sees substantial investments over the last year, with an emphasis on electric vehicles. 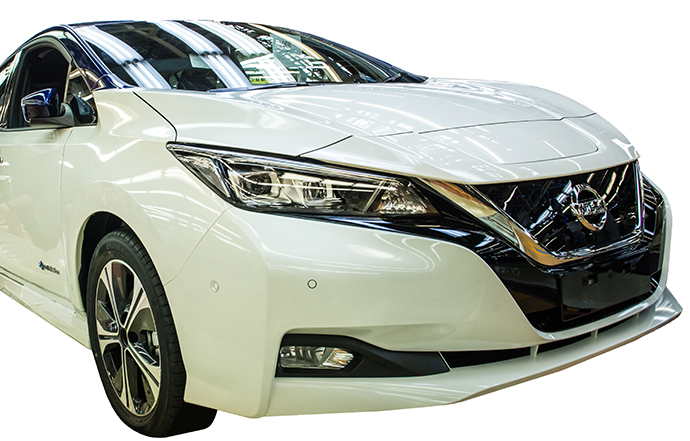 As electric vehicles become more commonplace, automakers in Tennessee are putting the pedal to the metal.

In December 2017, the new 2018 Nissan LEAF began rolling off the assembly line in Smyrna, Tennessee. The best-selling, long-range electric vehicle is only produced in three facilities worldwide: The Nissan Smyrna Vehicle Assembly Plant, the Nissan Oppama Plant in Yokosuka, Japan, and Nissan Motor Manufacturing Ltd., in Sunderland, England. The LEAF has been in production at the Tennessee site since 2013.

The Smyrna Vehicle Assembly Plant is the largest volume car production facility in North America — with a workforce of more than 8,000, the 5.9-million-sq.-ft. (548,110-sq.-m.) complex can produce approximately two cars per minute at full capacity. More than 12 million vehicles have been assembled at the plant since opening in 1983.

More than 919 automotive parts suppliers call the state home, including Hankook Tire, Bridgestone Americas, Calsonic Kansei, Magneti Marelli, Dupont and M-Tek. With 86 out of 95 counties in the state having an automotive manufacturer presence and three major assembly plants (Nissan, Volkswagen and General Motors), Tennessee has the highest concentration of automotive workers in the country. The number of automotive employees in Tennessee is 3.34 times the national average.

Volkswagen, which first invested in Chattanooga in 2008, soon may once again take advantage of Tennessee’s favorable automotive climate. In November, the company announced plans to build electric vehicles in the United States by 2023. The company’s new electric car models are expected to launch in 2020 at the company’s facility in eastern Germany. “The electric vehicle is also going to be an option in the U.S.,” Herbert Diess, VW brand chief executive, told The Wall Street Journal in November. “We haven’t taken a formal decision yet, but Chattanooga is our first choice.”

“Nissan’s workforce in Smyrna and our other US facilities is our greatest asset,” said John Martin, senior vice president, Manufacturing, Supply Chain Management and Purchasing, Nissan North America. “We are constantly looking for new ways to equip current and future employees with the skills and knowledge needed to operate a 21st century manufacturing plant. This collaboration with the State of Tennessee allows us to make an investment in our employees and our community and secure the continued growth of our company.”

Tennessee’s automotive expertise was recognized yet again in October when Denso, one of the largest automotive suppliers in the world, announced its plans to invest $1 billion to expand its facility in Marysville and create more than 1,000 new jobs. The investment will make the company’s Tennessee location the primary manufacturing center for electrification and safety systems in North America. 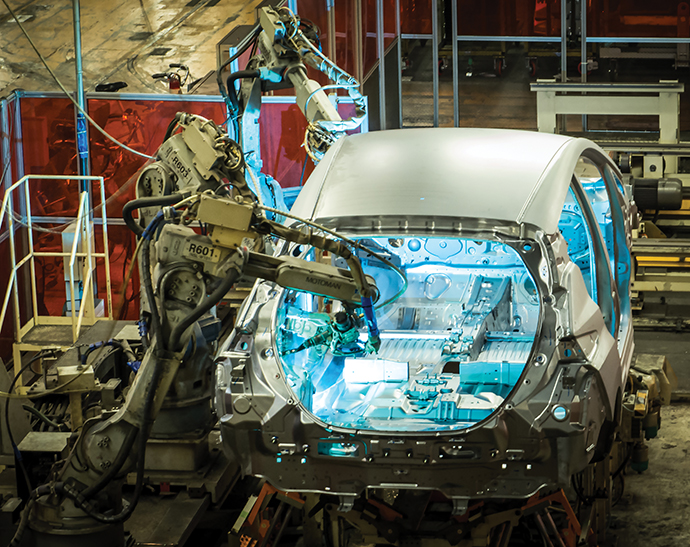 The investment comes on the heels of Denso’s 2105 decision to invest $400 million and create 500 jobs at the same facility in 2015. The company broke ground on the project in 2015 and consolidated various warehouse spaces into one central location. Denso Manufacturing Tennessee’s facility covers nearly 195 acres (79 hectares) and has more than 1,996,500 sq. ft. (185,475 sq. m.) under one roof, with more than 3,900 employees.

“Tennessee is No. 1 for growth in automotive employment in the Southeast since 2011, adding over 22,000 jobs and it is because of companies like DENSO that the automotive sector continues to have momentum in our state,” Department of Economic and Community Development Commissioner Bob Rolfe said.

Bridgestone Americas, Inc., opened its new headquarters in downtown Nashville in December. The Bridgestone Corporation subsidiary has more than 1,700 employees at its 514,000-sq.-ft. (47,750-sq.-m.), 30-story building, which is the second facility opened in the area by the company in 2017. In June, the company opened its Bridgestone Operations Center in Antioch, where it employs 450.

Valeo North America Inc. also announced its expansion in Smyrna, Tennessee. The automotive supplier plans to invest $25 million in a 130,000-sq.-ft. (12,077-sq.-m.) facility where it will increase the volume of its existing product offerings and add new products into the fold. The company will create 80 jobs.

86 out of 95 counties in Tennessee have automotive operations

More than 130,000 automotive workers are employed by 914 Tennessee locations

Martin Technologies plans to invest $6 million in into the construction of a new facility in Lawrenceburg to support the company’s engineering and testing services for automotive OEMs. The company will later manufacture automotive parts for OEMs and suppliers. The investment will create 240 jobs.

Automotive supplier, Cooper Standard, has invested $1 million into its plant in Surgoinsville, and will create 98 jobs. The company has been located in Hawkins County for 27 years and manufactures coolant tube and hose assemblies, transmission oil cooling lines and fuel and brake lines.