I was getting my hair cut in a Kuala Lumpur barbershop two days after May's electoral rebellion. It was perhaps the worst haircut I've ever had, because my excited barber couldn't stop gushing with pride over the overnight transformation he and his countrymen had just delivered.

I was barely seated when, unprompted, he proclaimed, "Today I am proud to be a Malaysian again!"

From there he never stopped talking. My hair deeply regretted his joyous distraction. My soul, however, was entirely captivated by the boundless pride radiating forth from a human being awash with hope and renewed faith in the future.

Thomas Jefferson once said that "a little rebellion now and then is a good thing."

If by "little," Jefferson maybe meant "personal" or "individual," then the people of Malaysia just staged a little rebellion. And it is a very good thing indeed.

Although peaceful, this revolution did not come easy. In 2013 the people thought they had enough votes to oust an unpopular prime minister who had become embroiled in corruption scandals, only to see countless votes "disappear." Votes evaporated during mysterious power outages that plunged polling stations across the country into inexplicable darkness. Other votes were somehow lost in transit from polling stations to central collection.

This time the people were prepared. When the expected power outages struck polling stations, citizens pulled their cars up to the windows and turned on their headlights, while others stood outside filming poll officials on their cellphones.

Volunteers marched with the votes from the polling stations to central collection to ensure they all made it.

And as a participatory bonus, hundreds of Malaysians living abroad collected "postal votes" and flew them home to be counted.

Malaysians had had enough, and, acting together, were going to make sure every vote was counted this time around.

How'd We Get Here?

Malaysia's former prime minister, Najib Razak, is alleged to have been corrupt on a mind-boggling scale. Once seen as a reformer, his time in power found him embroiled in a corruption scandal for years. His credibility — and Malaysia's with it — crumbled after The Wall Street Journal reported on a multi-billion dollar scandal involving a $700-million transfer from the 1MDB state fund — a project designed to attract foreign direct investment — directly into Najib's private bank account.

The fund is being investigated by the U.S. and several other countries for alleged cross-border embezzlement and money laundering. (The U.S. Department of Justice alleges $4.5 billion was stolen from 1MDB by associates of Najib, and is working to recover $1.7 billion it said was used to buy assets in the United States.)

The U.S. Department of Justice alleges $4.5 billion was stolen from 1MDB by associates of Najib, and is working to recover $1.7 billion it said was used to buy assets in the United States.

Najib responded by imposing repressive security measures and stoking ethnic tensions to shore up his base. And for good measure he had the head of the opposition party, former deputy prime minister Anwar Ibrahim, convicted of sodomy and imprisoned. It was right out of the third-world strongman playbook, and most outside observers believed it was autocratically effective enough to carry him through yet another sketchy election.

Then that quiet little revolution changed everything.

The Force Is Strong

To help ensure that all this wasn't for naught, Malaysia's new prime minister, Tun Dr. Mahathir Mohamad, created the Malaysian Council of Eminent Persons, also called the Council of Elders, a group comprising this Southeast Asian nation's most respected business minds tasked with charting the future of Malaysia's economy. Formal titles notwithstanding, delighted Malaysian citizens immediately set to calling them the Jedi Council. 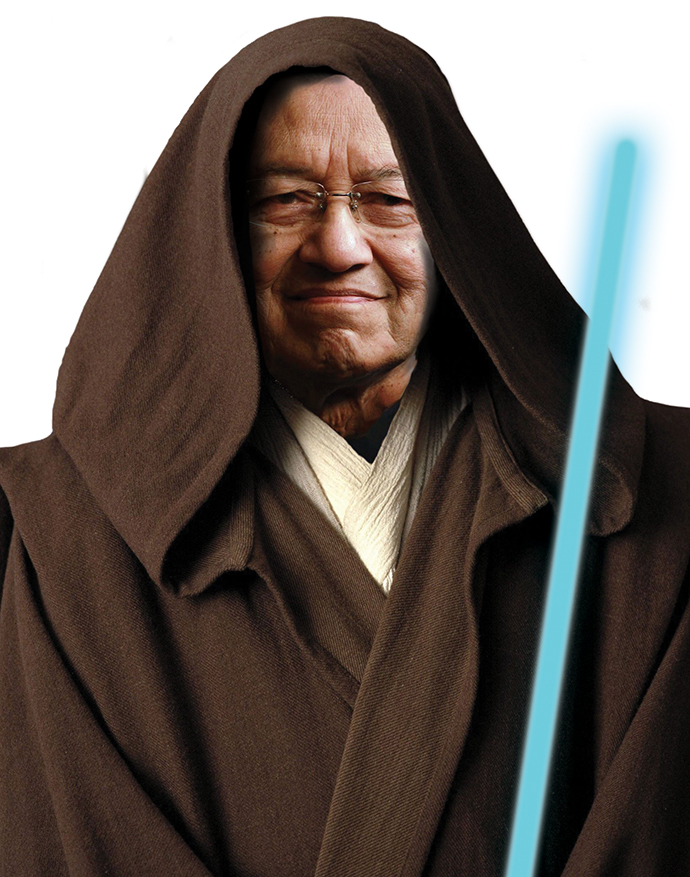 The group includes a former finance minister, an ex-central bank governor, a billionaire businessman, a prominent economist and a former chief executive of a state oil company. Their top priorities include creating a climate conducive to attracting FDI, reintroducing a sales tax to take the place of a 6-percent consumption levy that was scrapped immediately after the election, reinstating fuel subsidies, reviewing large-scale government projects and raising minimum wages.

Always in Motion Is the Future

In 2017, Transparency International dropped Malaysia seven spots to No. 62 in its global corruption index, the third straight year Malaysia's standing has fallen. Malaysia's GDP growth sputtered as corruption inhibited foreign direct investment into the country. Both those stats are likely to change next year. Here are a few of the ways the government plans to get there:

A primary stated goal is to put more money back in the hands of consumers to address social and economic well-being.

Another aim is to reverse a trend in bias towards Chinese investments to become more selective while continuing to pursue and attract more high-tech investments from the U.S., Europe and Japan.

My friend Datuk Phang Ah Tong, former deputy CEO of the Malaysian Investment Development Authority (MIDA), is broadly optimistic, and points to the emphasis on creating a safe and attractive environment for FDI as a bellwether of sound policy.

Being there right after the election, feeling the pride and optimism of the people, I couldn’t help but be swept up in the excitement. It was idealism made fact. I’ve never been more inspired in my life.

"Feedback from the industry is positive," Phang said. "They believe the new government will do a better job in creating a more conducive business environment for investors, with new measures being introduced to make Malaysia more competitive vis-a-vis other countries in the region. The business community is very positive with the appointment of the new finance minister [Lim Guan Eng]. He was the chief minister of Penang and he had a good track record while managing both the state and promoting investments."

The Force Is With Them

And so Malaysia is transformed. To almost universal surprise, Malaysia now stands as a beacon of hope to the rest of the world. To citizens of dominant Western nations, to those struggling for basic resources in forgotten third-world backwaters, Malaysians have shown that oppression and corruption can be beaten back by the collective will of the righteous.

I've been visiting and doing business in Malaysia for a dozen years, and have long been a believer in the potential of this emerging market. But being there right after the election, feeling the pride and optimism of the people, I couldn't help but be swept up in the excitement. It was idealism made fact. I've never been more inspired in my life.

The people of Malaysia fought as one. They faced down the powerful, rejected the entrenched system. They stood together, risked all, and won their country back.

Hope is a powerful currency. Spent wisely, it changes history.

So let us hope. The real work begins now.