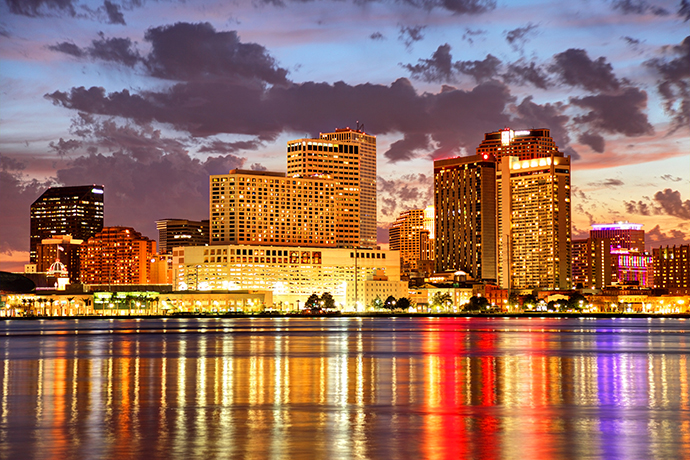 DXC Technology dedicated its New Orleans Digital Transformation Center on Poydras Street in New Orleans in May. In November, the company, a global end-to-end IT services provider, announced it would create 2,000 new direct jobs in New Orleans over the next five years in what will become Louisiana's largest technology-focused economic development project to date.

The arrival of DXC Technology, formed in April 2017 by the merger of CSC and the Enterprise Services Division of Hewlett Packard Enterprise, cements Louisiana's position as one of the fastest-growing software and IT destinations in the U.S., following major projects by EA, CenturyLink, IBM, CSRA, CGI, GE Digital and others in the past decade. DXC will hire approximately 300 IT and business enterprise professionals during 2018, then ramp up to 2,000 jobs over five years and an annual payroll exceeding $133 million by 2025.

The number of millions of dollars that Louisiana is devoting to a higher education initiative to expand the number of degrees awarded annually in computer science, management and STEM-related fields

The State of Louisiana is funding a $25-million higher education initiative to expand the number of degrees awarded annually in computer science, management and STEM-related fields (science, technology, engineering and math). The Louisiana State University System, University of Louisiana System, Southern University System and the Louisiana Community and Technical College System will guide the initiative through their campuses. Patterned after prior software and IT initiatives in Louisiana, the DXC Technology project represents the state's largest single higher-education investment in a private-sector workforce partnership.

In addition to 2,000 new direct jobs, Louisiana Economic Development estimates the project will result in 2,257 new indirect jobs, for a total of more than 4,250 new jobs in the state's Southeast Region. Company officials identified New Orleans as a talent-laden, culturally diverse, high quality-of-life city that would appeal to the technology professionals it will hire for the Digital Transformation Center.

CGI, a global IT and business consultancy, is expanding its Lafayette IT Center of Excellence and creating 400 new direct jobs, bringing employment to 800 over the coming years at the University of Louisiana at Lafayette Research Park, and at a second Lafayette Parish site to be determined. Statewide, CGI's employment will reach 900. In March, CGI announced the Lafayette IT Center of Excellence had surpassed the original full-employment target of 400 professionals. Now, the company will build on that baseline with a second phase of growth.

The announcement marks the completion of an amended Cooperative Endeavor Agreement, or CEA, among the State of Louisiana; CGI Federal; UL Lafayette; the Lafayette Economic Development Authority, or LEDA; Louisiana Economic Development, or LED; and Ragin Cajun Facilities Inc., the university affiliate that owns and manages the 50,000-sq.-ft. (4,600-sq.-m.) facility where CGI is located at the UL Lafayette Research Park. In May 2016, Gov. Edwards and CGI dedicated the $13.1-million IT center, which serves as an anchor for the research park.

"Since opening our campus facility in 2016, we have continued to measure success in many different ways, including the time and resources our employees have committed to community engagement, whether through youth-oriented STEM education and environmental sustainability projects, or our successful ongoing collaboration with the University of Louisiana at Lafayette," said Dave Henderson, who serves as president of CGI's U.S. commercial and state government operations.

Austin, Texas-based Accruent, a developer of physical resource management software, will create 350 new direct jobs in New Orleans and establish a technology center of excellence in the city's Central Business District. The new jobs will include an average annual salary of $65,000; Louisiana Economic Development estimates the project will result in 338 indirect jobs, for a total of more than 680 new jobs in Louisiana's Southeast Region.

With 50 clients already in Louisiana, "New Orleans became the clear choice for our next wave of expansion," according to Accruent CEO John Borgerding. The new office will include teams from several corporate departments, including engineering, support, professional services, human resources, cloud operations, development operations, leadership, consulting, project management and sales. 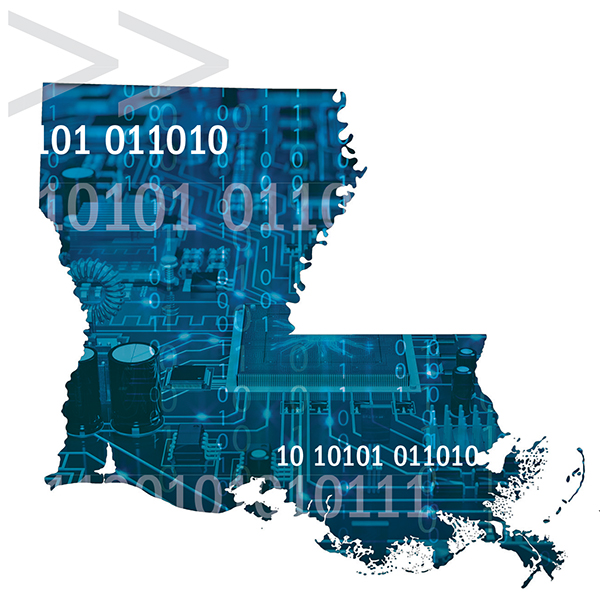 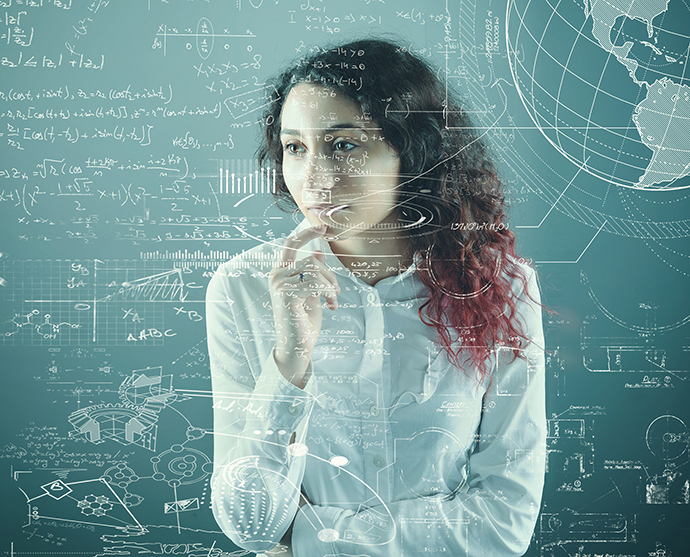 "Louisiana has enjoyed remarkable success in STEM strategies throughout our education system and our economy," said Gov. John Bel Edwards, when naming the representatives prior to the summit. "From STEM Pathways in our K-12 schools, to advanced manufacturing centers linked with the Benteler Steel/Tube and Sasol mega-projects, to higher education STEM initiatives — Louisiana is connecting real-world STEM jobs with cutting-edge education. Through smart partnerships, we're attracting thousands of new jobs with leading STEM employers, such as CenturyLink, DXC Technology, IBM, General Dynamics IT, CGI, GE Digital and many more."

Jeff Weld, senior policy advisor and assistant director for STEM education at the White House, said, "Top-down approaches to STEM education can often yield wonderful ideas, but it's at the state and community level where the momentum happens. State leaders know best what kinds of programs will work in their communities, and where they need the power of the federal government to help drive success in this field. STEM education is critical to preparing our students for the jobs of the future. We must do everything we can to ensure that federal, state, local, and tribal governments, communities, educators, and private industry partners are united for the long-term success of our nation."

Calvin Mackie is an award-winning mentor, an inventor, an author, a former Tulane University engineering professor, an internationally renowned speaker and a successful entrepreneur. He is president and CEO of Channel ZerO Group, an educational and professional development consulting company he co-founded in 1992. His STEM NOLA program is designed to help youths in under-served communities across the New Orleans area develop an interest in STEM-based learning activities. He is a board member of the Louisiana Science Technology Engineering and Math Advisory Council, or the LaSTEM Advisory Council.

Sonia Perez, as president of AT&T Louisiana since 2010, oversees AT&T operations that include 4,200 employees and the company's technology deployment and infrastructure investment in the state. She directs teams responsible for implementing public policy, legislative, regulatory and philanthropic initiatives. Under her leadership, AT&T has contributed tens of thousands of dollars to STEM-related programs at both the K-12 and higher education levels in Louisiana. She also is a member of the Louisiana Workforce Investment Council.

Susana Schowen, as director of workforce initiatives at LED FastStart®, collaborates with industry, education and workforce leaders to develop strategic solutions that increase the supply of workers in high-demand STEM fields, such as computer science, engineering, data analytics and technical fields. In addition to fueling economic growth, these strategies provide Louisiana citizens with access to high-quality, family-sustaining jobs in the communities in which they choose to live. Schowen serves as co-chair of the LaSTEM Advisory Council created in 2017, under the auspices of the Louisiana Board of Regents, to promote STEM education and careers in Louisiana.

Among Louisiana's unique investments in STEM preparation are:

>> Over $90 million for cybersecurity and digital media facilities and programs in Bossier City and Baton Rouge.