Northwest Ohio is a mecca for manufacturing. 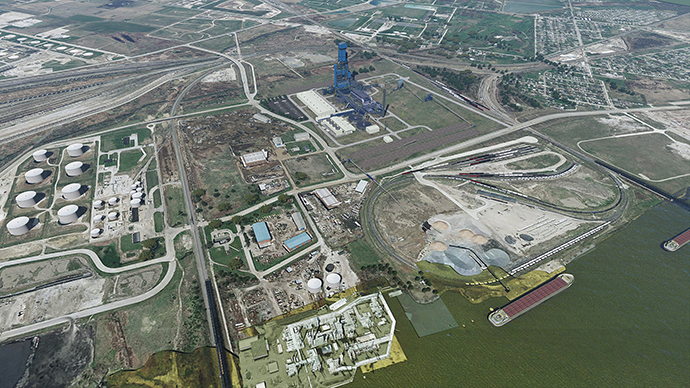 Cleveland-Cliffs selected Toledo as the site for a $700-million hot-briquetted iron plant to supply the Great Lakes steel industry.
Photo courtesy of Cleveland-Cliffs
by GARY DAUGHTERS

From solar panels to steel, robotics to major appliances, automobiles to footballs, the seventeen counties of Northwest Ohio represent the concentrated essence of advanced, American manufacturing.

The superlatives speak for themselves. Northwest Ohio has the nation's most prolific solar panel facility, its most profitable steel mill and the world's biggest dishwasher plant. It's home to the giant FCA automotive factory that makes the popular Jeep Wrangler. For good measure, every football made by Wilson Sporting Goods, the official provider for the NFL and NCAA, is produced in the small town of Ada in Hardin County.

The Toledo/Northwest Ohio region has been at the heart of industrial activity since its foundation, and now has taken its place at the forefront of high-tech, advanced technologies. The region's manufacturing landscape is more diverse now than ever.

For evidence, look no further than First Solar, a company founded in Perrysburg in 1999, prior to the astronomical growth of the solar power industry. First Solar, which calls itself the largest U.S. solar module manufacturer, makes solar panels for commercial, industrial and utility-scale uses. Its products are used by large utility solar farms, on public buildings and at off-grid industrial sites.

Why build in Ohio, rather than overseas?

"For one thing, we have our roots in the region's glass industry," says Mike Koralewski, First Solar's senior vice president of global manufacturing. "Toledo has a long history of being a glass hub for the world really. A lot of technologies have grown out of here over the past decades.

"The U.S. solar market is growing at a very large rate," Koralewski adds, "and the U.S. is currently our largest market. Also, there have been several changes at the federal level that have impacted our decision. Most recently, it's the corporate tax policy that makes manufacturing in the U.S. more attractive and more comparable to the countries overseas that we have looked at."

First Solar's expansion calls for a 1-million-sq.-ft. facility a short distance from the company's flagship Perrysburg site, currently considered the country's most prolific solar panel plant. Construction on the new facility began in June, with full production expected to commence in late 2019.

Koralewski says that even in a region of low unemployment, he's confident about filling the hundreds of staff positions the new plant will create, all the way from floor operators to research scientists and support staff.

"The fact of the matter," he says, "is that Northwest Ohio has a very high manufacturing base. There's a lot of good skill sets that we can leverage from many of the schools and industry to help get a very good workforce."

The region's manufacturing workforce is among the strong suits that spurred a decision by Cleveland-based Cleveland-Cliffs, Inc., to choose Toledo as the location for a $700-million hot briquetted iron (HBI) plant now under construction at a site on the Maumee River.

"The skills are there," says Cliff Smith, the company's executive vice president for business development. "We've been able to build our team from scratch essentially, and 98 percent is going to be hired locally. We're extremely pleased about the depth of leadership that we've been able to recruit locally."

The Cleveland-Cliffs plant will generate 2.48 million tons of hot-briquetted iron a year for steel manufacturers in the Great Lakes region once it begins operations in 2020. Those manufacturers, many of which supply the automotive industry, are currently supplied by pig iron from Russia, Ukraine and Brazil.

"This is a displacement of pig iron that is coming into the United States from those three countries," says Smith. "We are going to be the sole producer in the Great Lakes. One of the reasons we selected Toledo is because if you take a string, put one end on Toledo and swing it around 250 miles in each direction, you will hit 50 or 60 electric arc furnaces" used in producing steel, says Smith. "We'll have our raw materials stockpiled in Toledo and be able to service all of our customers year-round in a shorter time frame with no import duties and no threat of tariffs."

Asked to offer other reasons for selecting Toledo, Smith recites a compelling list:

On the subject of environmental regulations, Smith salutes the state of Ohio.

"One of the key things for us in selecting Toledo was the clarity of the Ohio EPA regulatory regime for bringing on such a facility. The policies are clear. Sometimes you hear about folks who are tied up in the permitting process forever. But targeting a region that has a manufacturing history was huge for us in terms of getting the right permits and moving forward with construction."

Perhaps the biggest factor, says Smith, was finding a home whose mindset is tied to industry.

"We were looking for a region that would be receptive to an industrial facility," Smith says. "Our partners, including the city of Toledo, the Lucas County Port Authority and Jobs Ohio, were all understanding of the fact that this is a manufacturing facility. We didn't want to impose ourselves on a community that didn't want us. With our partners, we found officials that wanted us to be part of the community. That was very key." 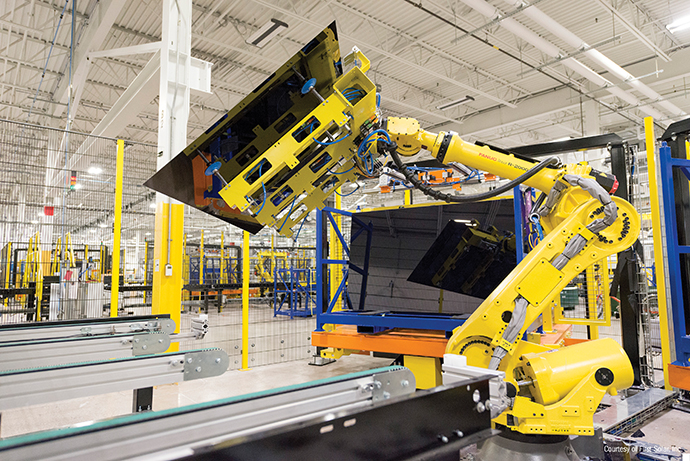