This issue has so many images of marijuana plants in it — see Quebec and Food & Beverage — I got the munchies approving articles for printing. Recent issues also have content about the suddenly ubiquitous cannabis industry — from how legislatures are figuring out how to regulate research and production, to companies in Canada that have been expanding farming operations in preparation for the recent legalization of marijuana there for recreational use.

By sheer coincidence, I returned from Jamaica in mid-June, where I toured food processing and other facilities — nothing ganja-related — and attended the tri-annual Jamaica Investment Forum. A new government is in place since the last time I attended the Forum, and it's got some great ideas about how to jumpstart the island nation's largely tourism-based economy. More on that in a future issue. (Speaking of new governments, don't miss Adam Jones-Kelley's eyewitness account of being in Malaysia as a new government came to power and a population celebrated.)

Back to Jamaica. And cannabis.

The topic did come up at the conference — in a discussion I had with the Hon. Audley Shaw, Minister of Industry, Commerce, Agriculture and Fisheries. He's determined to make Jamaica less dependent on imports for food served to tourists at resorts — much of which flies in with them as cargo near their luggage. Far less land is needed for sugar cane, and too much land is underutilized by industries that could be put to use for competitive purposes in key industries. Like cannabis for medicinal use and industrial hemp for many dozens of uses.

"We have hundreds of thousands of acres of available, arable land on which we can produce a range of things that are required in terms of consumption by our tourists," Shaw told me. "I have ordered that a determination be made as to what lands can remain sugar cane and what land now needs to be appropriated to other areas, such as sorghum, a raw material for animal feeds, and a range of other industrial crops, including industrial hemp, which can be grown everywhere sugar cane can grow." The minister is particularly interested in how medicinal cannabis can replace deadly addictive opioids, as is being demonstrated more frequently. 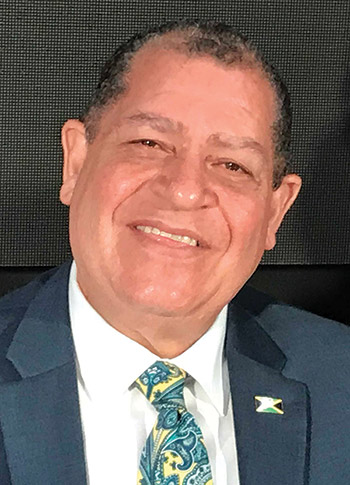 In the U.S., "more states are realizing they have to take another look at medicinal cannabis and industrial hemp," says Shaw. "As Minister of Agriculture, with regard to the empirical facts that are before us, I would be absolutely irresponsible if I did not have cannabis and hemp as one of the issues that can help us to grow our way from poverty to prosperity."

Is any political leader in your area making this case? Will the U.S. be playing catch up to Canada and other markets that have figured out how to industrialize ganja to economic benefit? I'd like to think that if the U.S. is not yet ready for wholesale cannabis production, that there's cutting-edge R&D going on behind the scenes that will produce more and even better medicinal and commercial uses for when it is.