Commentary: Can Illinois Get Back in the Fight Before it's Too Late? 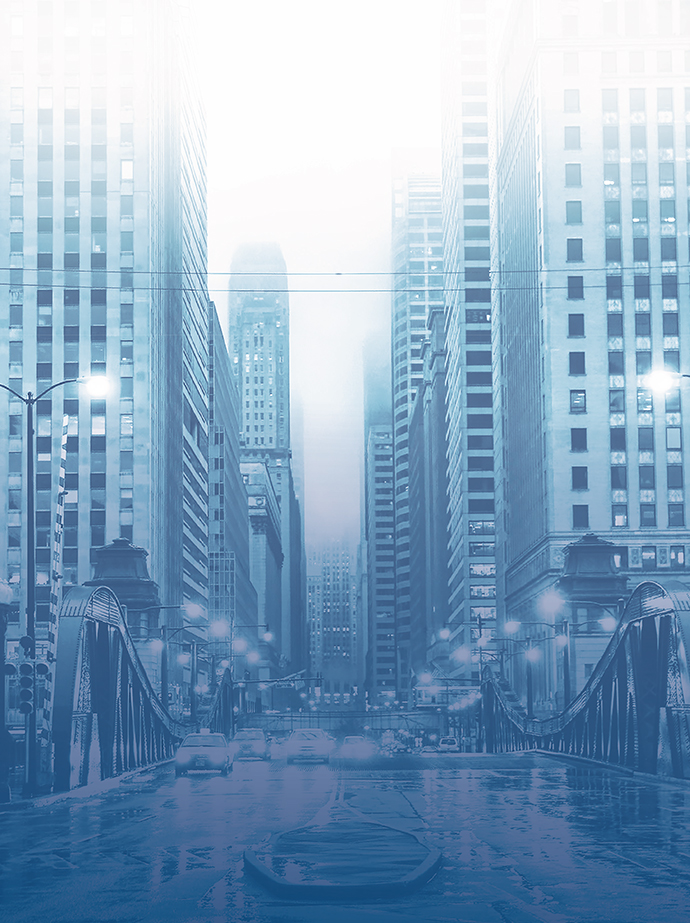 Will Amazon overlook the toxic business climate that is Illinois and pick a Chicagoland location for its second headquarters? It could. It’s on the short list. Plenty of corporations are moving to or expanding in the Windy City, which has once again won the most corporate projects for the previous year in its population tier – and is recognized in this issue as a Top Metro for that accomplishment.

“We can do it,” predicted Gov. Bruce Rauner in his State of the State address on January 31st, referring specifically to the Land of Lincoln’s ability to “make Illinois the powerhouse job creator it should be.”

In his next breath, the governor referenced the Amazon contest: “We united last fall to bid for Amazon’s second headquarters. Governor, mayor, General Assembly, city council, businesses and nonprofits, Republicans and Democrats collaborated to compete for 15 years of growth, with 168,000 potential jobs and $129 billion in cumulative new GDP. The fact is there is another, much bigger Amazon-like opportunity to pursue. The request for proposal comes from an enterprise called … the State of Illinois.”

Therein lies the rub: Chicago is in Illinois. It’s hard for even a casual reader of the Illinois — or national — business press to find a positive story about the state’s business climate.

This writer wrote one a few years ago about a business owner in the Quad Cities … wait, that was not a positive story about the business climate. It was about a business owner who almost moved across the river to Iowa to escape Illinois’ high business costs — workers’ comp particularly — but chose not to. That story was more about the businessman’s loyalty to his roots and to not disrupting his workers’ routines. Plenty in that “should I stay or should I go?” boat did seek safer shelter at that time and since then.

How could the politicians in Illinois miss the writing on the wall as written by even the local business press, such as a Chicago Tribune editorial published on December 29, 2017, “Reversing the Illinois Exodus”? Excerpt, complete with reference to HQ2:

“We write a lot about the urgent need to grow Illinois’ economy, its jobs base included, and stanch the population outflow. A week ago, we framed the issue in an editorial handicapping Chicago’s chances to add 50,000 jobs by snagging the new Amazon headquarters. Among the conclusions: State and local leaders are trotting out their A-game incentives to lure Amazon. But what they can’t offer is a stable, business-friendly environment. Their public finances are a mess: Decades of overspending, overpromising and overborrowing raise the prospect of onerous tax increases to cover all the obligations that the jobs have created in taxpayers’ names.”

Or this more ominous prediction from a February 13th Crain’s Chicago Business piece by Mark Glennon:

“A genuinely historic collapse is proceeding unchecked. All levels of government most everywhere in the state are in extraordinary trouble, and it’s worsening. Not everybody knows that, but enough do to ensure that population, employment and investments will continue to disappear, feeding the collapse.”

The point here is not to influence investment in Chicago or Illinois one way or another. Every dollar of capital investment there is there for a reason. Companies have numerous reasons to invest in the Second City and in communities throughout Illinois. It’s hard to beat Chicago’s logistics assets, connectivity to global markets and financial technology sector, for example. Or the rest of Illinois’ workforce, proximity to all of North America and quality of life.

State and local leaders are trotting out their A-game incentives to lure Amazon. But what they can’t offer is a stable, business-friendly environment.

But it’s also hard to beat the sense that state financial soundness is on the ropes. That’s a boxing round replay location seekers don’t want to watch.

This is a gubernatorial election year in Illinois, so political differences — which clearly are at the heart of the state’s issues — will be in sharper relief than ever before. It’s also an opportunity for leadership in Springfield and Chicago to prove they can get their financial house in order. Time is running out.


Who is Investing in Illinois, and Why

Carl Buddig and Company, a producer of lunch meats and snacks, has acquired an additional manufacturing facility in Montgomery, Illinois. The location is the company’s fourth manufacturing site in the state. Production at the 280,000-sq.-ft. (26,000-sq.-m.) facility will begin this spring. The acquisition will expand the Carl Buddig Illinois-based workforce to more than 1,800 employees. “Expanding our manufacturing footprint to relieve pressure from current facilities and add capacity to address growing production demands from our customers has been a #1 priority for the company,” said Bob Buddig, CEO of Carl Buddig and Company. “The new plant enables the company to significantly expand production of existing products and new products to be developed in the future.”

General Mills opened a 1.5 million-sq.-ft. (139,350-sq.-ft.) distribution center at the RidgePort Logistics Center in Wilmington in November. The facility could employ up to 150 people. “The Wilmington customer service facility will be a key addition and a critical location for the General Mills distribution network,” said Mike Nordstrom, General Mills vice president for Global Workplace Solutions. “From this location, we will deliver top-selling cereals, snacks and other products to customers across America.”

HARIBO of America Inc., maker of GOLD-BEARS gummies and other candies, will expand its U.S. headquarters in Rosemont, adding 55 new jobs to its workforce. The company currently employs 59 full-time employees in Rosemont, where it consolidated operations in 2015. “HARIBO of America looks forward to continuing our investment in the Chicagoland area and driving economic growth through planned job creation at our Rosemont headquarters,” said Chief Operating Officer Rick LaBerge.