The investment and growth promise of data centers is as clear as the cloud. 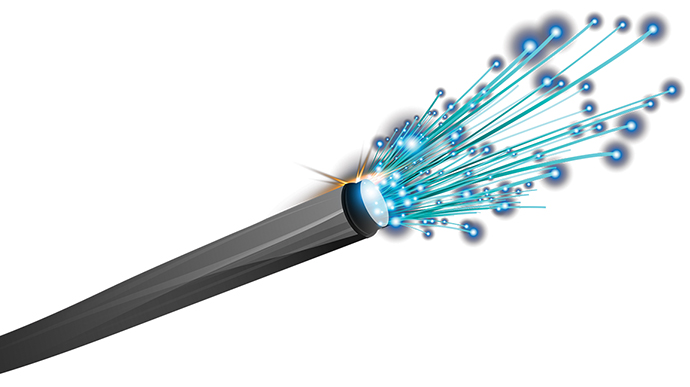 When global commercial real estate advisory group Altus Group asked 52 top real estate executives in November 2017 to invest a hypothetical $1 billion across a selection of real estate options, industrial and healthcare led the way. But data centers, a new sector in the survey, made a splashy entrance, attracting nearly 8 percent of the investors’ hypothetical REIT investments. As Burl East, manager of the Altegris/AACA Opportunistic Real Estate Fund, put it in a blog post, “You want to be in a business where things are getting better, and things are getting better.”

Expected to have their first buildings completed by late 2018, each of those three campuses will deliver between 100 MW and 200 MW of data center power to customers, and construction on the second three locations will start by the end of the year.

EdgeCore will be led by Chairman and CEO Tom Ray, a name familiar to data center industry leaders from his founding of Denver-based CoreSite Realty Corp. Ray formerly worked at Prologis, among other companies. The deal bears a more than passing resemblance to a deal structured several years ago involving GIC, OPTrust and Singapore-based logistics REIT GLP, whose US operation is led by another Prologis veteran, Chuck Sullivan. Ray says it’s entirely coincidence, as he was introduced by a mutual friend to the data center specialists at GIC in 2016. The common thread? Strong investors GIC and OPTrust view data centers driven by the information economy with the same optimism they viewed logistics driven by e-commerce. 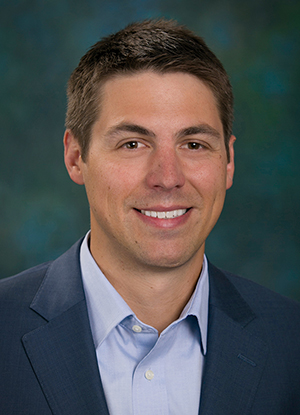 Matt Muell, senior vice president of investments for EdgeCore, worked for Ray over the past 11 years, ultimately running acquisitions, development and site selection. He says while CoreSite focuses on network-dense customers, EdgeCore is targeting larger users of half a megawatt and up, primarily among Fortune 1000 firms and hyperscale users. He says opportunity looms to fill a void left behind by the acquisition of Dupont Fabros by Digital Realty.

Why these three locations to start? It comes down to scale, performance (lower latency) and being closer to end users. Phoenix, for example, is “not only a larger market, but a lower-cost alternative to Southern California,” Muell says, with a total cost of building around a 20 to 30-percent discount vs. Los Angeles.

“Layer on things like the risk profile of Phoenix relative to California, and it starts to open up some eyes,” he says. “Phoenix has been a great market for years. You’ve seen demand start to accelerate as people realize the cost benefits. You can still serve the California market with a good performance profile in terms of latency,” a factor he says matters more and more to customers in need of speed.

PUE (power usage effectiveness) is another factor. Muell says he’s seen typical PUEs improve from 2.0 (the ratio of data center energy provision to energy used by the servers inside it) to where “if it’s not sub-1.25, you’re kind of out of the market. A lot of technology has helped PUEs become more attractive. Couple that with opportunities in markets like Reno, Northern California and Phoenix to utilize outside air for cooling for 60 to 70 percent of the year, and there’s not much to it.”

Innovations such as variable-frequency fan drives (VFDs) have helped, he says, as have new server technologies allowing them to operate at higher temperatures.

“You no longer need to be blowing 65-degree air to hit that window where the server operates really well,” Muell says. “Now servers can operate at 80 or 90 degrees. You can operate your support infrastructure at a much higher set point. On the power side, it’s become much more modular, where UPS plants are manufactured off-site, brought in on a truck and plugged in. We’re spending a lot less time on site constructing these buildings, and we’re able to reduce the inventory delivery schedule. It used to be nine to 12 months to bring in a new room in a building, and some providers [such as Southern Company’s PowerSecure] have pushed that down to 90 days.”

The Power of Scale

The price of power matters too, of course. In Phoenix, where the Salt River Project is the main provider, the price is between 6 and 6.5 cents per kilowatt-hour, vs. a cost in Los Angeles pushing 13 cents, Muell says. “Very quickly you realize a significant savings, especially when power is such a big component of the cost structure in the data center.”

Muell says sustainability is receiving greater focus, and rightly so.

“Data centers are power-dense by nature, and to the extent we can drag down our carbon and greenhouse gas footprint, that’s something we should not take lightly,” he says, noting the downward trend in renewables cost vs. traditional sources of energy. “If you have scale, you can look at solar opportunities that are very attractive compared to what you might achieve at the utility. Utilities that have traditionally been fairly entrenched are opening up their eyes to the opportunity to more sustainably source energy.”

Sometimes they need a bit of prodding, which also isn’t a bad thing.

“The big users, where they have leverage and scale, are able to drive the utilities and ultimately the builders of these sources to get some pretty good deals,” Muell observes. “We’re headed in this direction, and you need to come along or you’re going to miss the boat, because we’re going to find somebody to perform for us.” 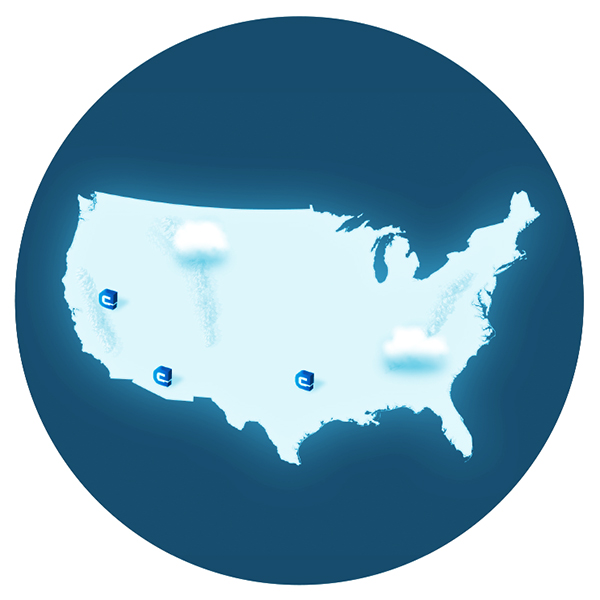 The first three of six planned locations from EdgeCore include a new data center campus in Mesa, Arizona.
Image courtesy of EdgeCore

Traditionally, salaries are not such a big component of data centers, which has some economic developers convinced such facilities are not worth cultivating as a sector. However, they may be overlooking the tax base and other layers of cumulative impact data centers bring.

“Data centers do bring substantial capital investment,” Muell says, “and although we often can’t sign up to create the quantity/types of jobs leaders like to tout in their economic development progress report, the multi-tenant data center industry supports a wide- and far-reaching base of employers that tend to cluster closer to their infrastructure. I suspect the indirect economic impact of a multi-tenant data center may be much greater than meets the eye.”

Steve Smith, senior vice president of sales and marketing at Tom Ray’s former company CoreSite, agrees, pointing to construction jobs, the value of the hardware and networking gear brought in by leasing customers and the support resources deployed in the vicinity of a data center.

“The other part is the overall revenue generated for the city and surrounding area,” he says. “That comes not only in the form of taxes and property taxes, but power consumption, cooling and all the utilities. Spinoff tax revenue ends up being a pretty good benefit for a lot of those municipalities. It’s been absolutely part of the calculus that goes into, for example, Virginia — they haven’t established a data centers tax incentive for nothing.”

Northern Virginia is one of CoreSite’s active and expanding colocation hubs: The company’s portfolio there includes multiple operational facilities — as well as property held for development — across Washington, D.C., and Reston, Virginia. CoreSite’s recent growth in the market, including the addition of DC2 and VA3, will create a total footprint of nearly 1.1 million sq. ft. (102,190 sq. m.) of colocation data center space upon full build-out.

In November, CoreSite and its customers in Northern Virginia announced they had successfully achieved the performance targets set forth by the Virginia General Assembly to qualify for the Virginia Data Center Retail Sales & Use Tax Exemption program. It required that from June 1, 2009, through June 1, 2017, CoreSite and its customers demonstrate the creation of 50 net new Fairfax County jobs earning at least 1.5 times the prevailing local average wage, and a minimum $150 million of capital investment. CoreSite and its participating customers at its Reston campus invested over $417 million at its VA1 and VA2 data centers, and added 73 jobs.

“I am delighted to see CoreSite making significant investments in Fairfax County that create jobs, boost the local tax base and support our technology-based economy,” said Gerald L. Gordon, Ph.D., president and CEO of the Fairfax County Economic Development Authority.

If Chicago is the No. 1 metro in the nation for corporate facility investment (see p. 108), then it only makes sense that those corporations might be needing data center space. That’s just one of the reasons CoreSite is expanding its Chicago data center campus with a new 175,000-sq.-ft. (16,258-sq.-m.) CH2 enterprise-class facility, supporting 18 critical MW of capacity from four floors to be constructed on a two-acre parcel one mile away from CoreSite’s CH1 facility and network node on LaSalle near the Chicago Board of Trade.

The company expects to start construction on CH2 at the end of 2018 or the beginning of 2019, with timing dependent upon the receipt of necessary entitlements and permits. CoreSite expects to construct the building in three phases, consisting of 6 megawatts of capacity per phase, with a total estimated cost of $190 million to $210 million at full build-out. The company will connect the two sites via diverse, high-count, dark fiber “to create the type of campus interconnectivity most valued by its scale customers,” the company said, noting that its downtown offering provides “access to exceptionally low-latency connections for the many financial, healthcare and media companies in this market.”

CoreSite also has just launched centers in Denver and Boston, operates a campus in New York, and is kicking off a new building in L.A. Smith says power cost in Southern California is a challenge, but volume is part of the picture, and managing contracts is part of CoreSite’s job.

“We are seeing pretty solid demand in that market, because it is such a big market of businesses and eyeballs for content, data and cloud types of services,” he says. “The costs are definitely there, but the benefits for a lot of those customers make it worthwhile, so far.” 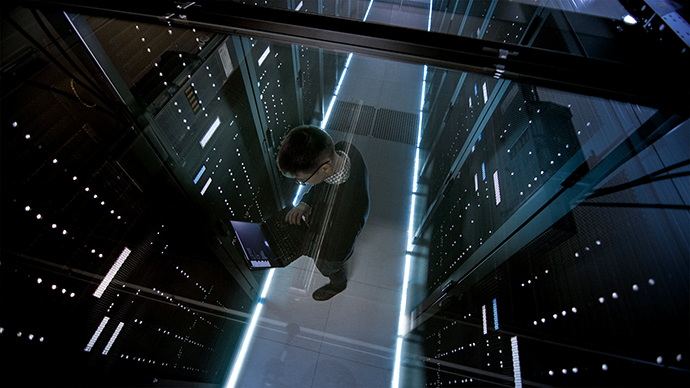