Play to Your Strenghts 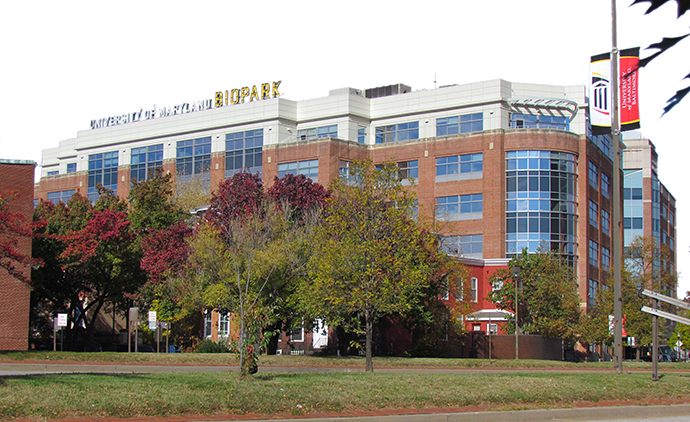 With more than 500 biotech companies and 2,360 life science firms in the state, Maryland’s biohealth and life science cluster is already one of the largest in the country. Proximity to leading federal research institutions such as the National Institutes of Health, The U.S. Food and Drug Administration and the National Cancer Association — not to mention research universities such as Johns Hopkins and the Institute of Bioscience and Biotechnology Research — make the state an easy choice for innovative companies.

As the state with the nation’s No. 1 concentration of employed Ph.D.s and engineers, it should come as no surprise that Maryland values its large, highly trained workforce — particularly when it comes to the life sciences. Over the last year, Governor Larry Hogan has introduced several new initiatives aimed at fostering the growth of the sector within the state, all while preparing its future workforce. In May 2017, the governor launched a statewide economic development strategy, Excel Maryland, that focuses on developing new collaborative strategies that will hasten the growth of the state’s robust high-tech industries, including the life sciences.

“We will focus on new collaborative strategies to accelerate growth in some of the sectors where Maryland already leads, including life sciences and cybersecurity industries,” said Governor Hogan. “Excel Maryland will help pool the talents of our state agencies, our universities and our private sector industry experts to help us create an environment in Maryland where more companies can start up here, and never stop growing here.”

Based on Excel Maryland’s recommendations, the state’s newest plans to bolster its talent pipeline include a partnership with the University System of Maryland to increase the number of graduates in STEM-related fields. The $33-million partnership builds on the governor’s ACCESS Initiative, which directs K-12 students to STEM education. Maryland will also provide matching funds to companies for internship stipends through its Maryland Technology Internship Program.

In December, the governor announced another key partnership among the state, Johns Hopkins University, Cognate Bioservices and Forest City that will help propel the state toward its goal of becoming a world leader in regenerative medicine by investing $17 million in the creation of the Maryland Center for Cell Therapy Manufacturing. Though the details for the new center are still being developed, university leaders are excited for what the facility will mean for the region as well as its impact on patients.

“Investment to support cell therapy manufacturing is an exciting opportunity and an important initiative to support both research and treatment to benefit patients,” said Johns Hopkins University President Ron Daniels. “This crucial funding will ensure Johns Hopkins and Maryland remain a destination for cutting-edge patient therapies.”

Maryland continues to attract biomedical and life science companies to set up shop in the state.

Vitreon America, a botanical research company, chose to relocate its headquarters from Northern Virginia to Baltimore. The company plans to create 200 jobs within the next five years and will build a laboratory, research center and grow zone in its 200,000-sq.-ft. (18,580-sq.-m.) facility.

“Baltimore offers all the business, scientific and medical attributes that we need in order to capitalize on the vast potential of this industry,” said Dr. J. Randall Hoggle, chairman of the board of Vitreon America Inc.

“We will focus on new collaborative strategies to accelerate growth in some of the sectors where Maryland already leads, including life sciences and cybersecurity industries.”
— Maryland Governor Larry Hogan

Applied Biomimetic, which specializes in high-performance polymer and protein membrane technology used for water, life science, enzyme, food and dairy separation applications, announced in February it would move its headquarters and research facilities from Ohio to Gaithersburg, Maryland.

Steen Sondergaard Nissen, CEO of Applied Biomimetic, noted in a release that the company’s success came after years of research and incubation at the University of Cincinnati. “After considering many alternative geographies, we decided on the vibrant technology corridor in Maryland, and the City of Gaithersburg was chosen,” Nissen said. “The city’s support for our transition and their fast-tracking of the normal permitting process and overall support enabled us to move here with relative ease and speed. We look forward to contributing to the local economy, being part of the ever-broadening technology local network and aspire to serve as a model corporate citizen.”

Nissen went on to say he was grateful for the University of Cincinnati’s support over the years and for helping the company grow to this point. “Incubation centers such as these are vital in providing a shared services model of expensive laboratory equipment, and they help in establishing the visibility to attract technology talent.”

In Baltimore, The University of Maryland’s Biopark, a biomedical research park that caters to life science companies and academic research centers, has also helped to launch companies toward success. The 12-acre (nearly 5-hectare) Biopark is located within an hour of more than 40 life science research-intensive federal institutions, including the NIH, FDA and National Cancer Institute.

In December, the University of Maryland opened an innovation space within the Biopark. The new space is called The Graduate Research Innovation District — The Grid, for short — and provides co-working and meeting space, a small business development center, as well as educational workshops and programs. The center will also house the Robert E. Fichell Institute for Biomedical Devices, which accelerates the commercialization process for medical devices.

“Excel Maryland will help pool the talents of our state agencies, our universities and our private sector industry experts to help us create an environment in Maryland where more companies can start up here, and never stop growing here.”
— Maryland Governor Larry Hogan

Located in the Biopark, Paragon Bioservices, a biopharmaceutical developer and manufacturer, announced its expansion early this year. The company will expand into a 150,000-sq.-ft. (13,935-sq.-m.) facility in Baltimore. Over the last three years the company has grown from 100 employees to 225 and has become greater Baltimore’s fifth-largest biotechnology company and a top private employer in the state. The Baltimore Business Journal named it one of the fastest growing companies in the region. In addition, the company expects its numbers to continue to grow as it plans to hire another 200 employees for the new facility over the next few years.

Paragon’s CEO Pete Buzy notes the state’s incentives helped the company grow fast in recent years. “Being part of the biotech ecosystem in Maryland played a huge role in that achievement due to the proximity of research talent at institutions like Johns Hopkins and the University of Maryland. Those resources — combined with tax incentives — have allowed us to thrive as a company.”