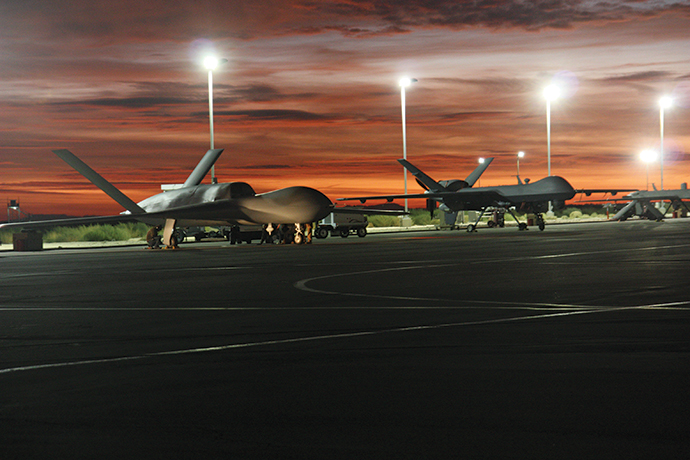 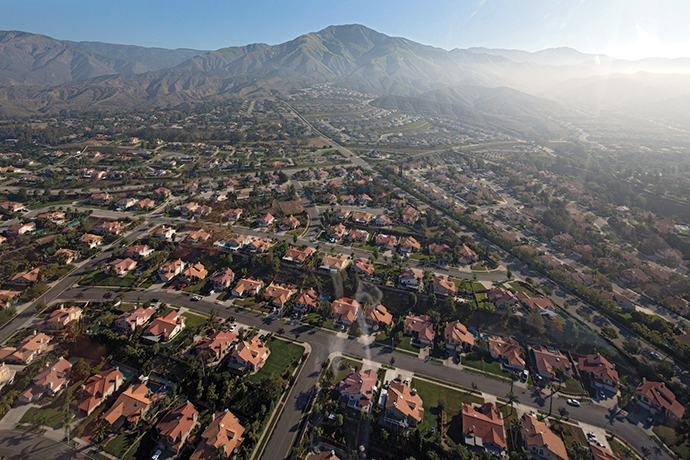 When the Milken Institute named the Riverside-San Bernardino-Ontario MSA in Southern California one of the 20 Best Performing Cities in America, the news did not surprise executives at General Atomics and Aemerge RedPak.

These two high-tech firms decided to invest into expanding their operations in San Bernardino County long before the Milken announcement.

“Southern California has a lot of aerospace industry,” says Gary Bender, vice president of flight operations for defense contractor and drone-maker General Atomics. “We are able to find local people with experience in the aviation business. We started with one airport and fewer than 50 employees. We have grown to two airports and close to 2,000 employees in the High Desert, including an operation for advanced design in Adelanto.”

General Atomics, a leading manufacturer of remotely piloted aircraft systems, radars, and electro-optic and related mission systems solutions for the Department of Defense, operates out of both El Mirage Field and Gray Butte Field west of Adelanto.

“The primary reason we selected San Bernardino County for this operation was the fact that a private airport was available. That is a good place for flying experimental and unmanned airplanes,” says Bender, whose company is headquartered in San Diego. “The county government has been very helpful. We have done a lot of construction at both airports and Adelanto. The county has always helped us secure the permits we need.”

At El Mirage, General Atomics is working on extending the runway and plans to begin construction on a new complex of buildings, including a hangar, this year.

Low population density, favorable year-round weather for flying, and access to a highly qualified workforce in the aerospace field make San Bernardino County a perfect fit for the company, adds Bender. “And we have been in contact with the county about the new industrial training center they are setting up in Victorville. Eventually, we hope to get even more candidates for our workforce from there.”

“Our company is originally from Indiana, but we wanted to be based in a large population market with a medical waste opportunity,” says Seger. “We contacted the California Governor’s Office of Business and Economic Development, and they were very helpful. They provided us a list of available sites, as well as incentives that would aid in our expansion.”

After conducting an extensive statewide search, Seger says his firm zeroed in on the High Desert region of San Bernardino County. “We looked at Orrville, Los Angeles and the High Desert area,” he says. “We spent six months evaluating everything. We selected the High Desert because it offers proximity to the high population center of L.A., access to a strong workforce, and a business-friendly environment.”

California GO-Biz, the economic development department of Hesperia, and the San Bernardino County Economic Development Agency were instrumental in facilitating the deal, he adds. “They helped me with incentives as well. It was a good fit,” he says. “With the state, we received California Pollution Control Finance Authority tax-free bonds through the Treasurer’s Office of around $40 million. We received a Franchise Tax Abatement from the state, and we received sales and use tax exemption as an advanced manufacturer from the California Alternative Energy and Transportation Finance Authority.”

Aemerge RedPak acquired an existing building of 37,000 sq. ft. on 2.5 acres and expanded last year. “We acquired another 2.5 acres and just held a ribbon-cutting on our new facility,” Seger notes. “We are at 20 employees now and we are going up to 30.”

Since 2001, when California’s last medical waste incinerator was shut down in Oakland, about 720 million pounds of medical waste have been hauled off to be treated in other states as far away as Alabama, Kentucky and Maryland, among others.

“Aemerge RedPak is going to revolutionize the way medical waste is treated in this country,” said Hesperia Mayor Paul Russ. “We look forward to having that revolution start in Hesperia.”

Where Talent Fulfills its Dream

The company could not do this work in California without the required talent, notes Seger. “The workforce here is strong,” he says. “We have a good amount of engineering, clerical and operational workforce available to us. Many of these folks had been commuting hours to a job. They’re excited to be closer to home. This is a huge win for everyone.”

That’s one reason why the Milken Institute named the MSA a Top 20 Best Performing City in America. Milken also ranks the area as the fifth-best large MSA in the U.S. for wage growth and No. 8 in job growth.

Another leading indicator of long-term performance – the American Dream Composite Index – ranks the Riverside-San Bernardino-Ontario metro area as the 10th-best place in the country where residents believe they are achieving the American Dream.

This Investment Profile was prepared under the auspices of San Bernardino County government. For more information, contact the county Economic Development Agency at 909-387-4700. On the web, go to www.sbcountyadvantage.com. 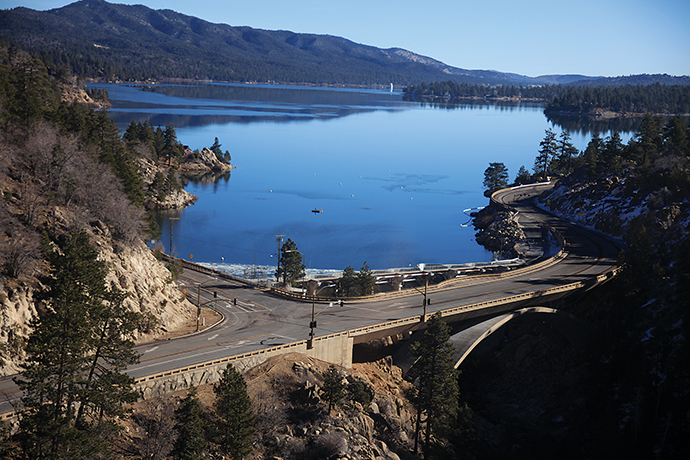 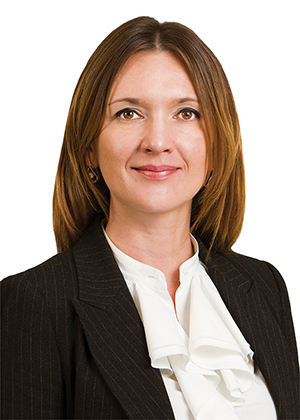 If you want to know the pulse of the industrial market in San Bernardino County, talk to someone who’s spent the last decade studying it. That’s exactly what we did when we caught up with Krestina Babamuratova, assistant director for Savills Studley, one of the most active commercial real estate firms in Southern California.

In the following interview, Babamuratova shares her thoughts on the current state of the real estate market in the county and what’s driving it.

What are the current occupancy and vacancy rates for San Bernardino County in the office and industrial markets?

BABAMURATOVA: The vacancy rate average is about 4 percent now for industrial space. By submarket, the rates are 2.8 percent in Industrial West and 6.5 percent in Industrial East. For office space, it’s about 11 percent. Office and industrial markets in the Inland Empire are driven by various factors. E-commerce and distribution industries drive the industrial market. A lot of demand for office in the Inland Empire comes from the government sector and also financial, insurance and HR services companies are expanding in the region.

What are the average asking rental rates for office and industrial right now?

BABAMURATOVA: For industrial, it’s about 55 cents per sq. ft. NNN per month. For office space, it’s about $1.92 per sq. ft. per month on a Full Service Gross basis. Industrial rates are going up even if you compare it with previous quarters. That is based on demand. The office market is consistent. The office rents are not going up as fast as the industrial space rates are and it is a relative bargain to lease office space here as compared to the coastal areas, where you’d be paying at least $2.50 to $2.80 per sq. ft. per month for office space. Rates here are going up slowly, but that might change in 2018.

What are the hottest submarkets in the county?

How much space has been absorbed in the market over the past four quarters and what are the trend lines showing?

What types of properties are most in demand right now?

BABAMURATOVA: For industrial space, about 60 percent of all lease activity was in the 100,000-sq. ft.-to-300,000-sq. ft. range, and the rest above 300,000 sq. ft. We have great demand from national retailers and distribution companies in buildings above 500,000 SF, but demand this year will also be robust for 300,000-sq. ft.-to-400,000 sq. ft. buildings. Five years ago, many national companies were just testing the waters and opening small warehouses in the Inland Empire. Today, a significant number of those companies are expanding into larger facilities. Also, distribution and manufacturing companies that are in Los Angeles County and Orange County don’t have a lot of options to expand, so naturally they’re considering the Inland Empire as well. In many cases, the buildings in the Inland Empire offer them newer facilities, more efficient options and lower cost.

With more and more companies moving to the Inland Empire, a tenant cluster has formed—a network of vendors and customers where it not only beneficial to be in the Inland Empire but sometimes necessary.

What impact has the e-commerce sector had on real estate demand and usage in San Bernardino County and the Inland Empire?

BABAMURATOVA: The Inland Empire is a premier distribution hub nationwide. Ten years ago, a lot of the big retailers were preparing themselves for e-commerce by dedicating separate facilities and building infrastructure. But, even those retailers could not anticipate such a strong shift in consumer behavior and many of them are changing their supply chain networks. When advising our clients on real estate and occupancy strategies, a critical component of our work is analyzing key drivers of our clients distribution networks such as labor, transportation, occupancy costs, utilities, incentives and inventory levels. We then compare the results in several markers and, in most of the cases, it makes sense for our clients to keep a presence or expand in San Bernardino County and the Inland Empire overall.

Are any developers currently building new space? If so, where and what type?

BABAMURATOVA: The whole country is watching our market. About 20 million sq. ft. is under construction in the Inland Empire right now and most of the major developers and institutional investors are in this market. They are building state-of the-art facilities and many of those buildings are pre-leased. The developers of buildings between 100,000 sq. ft. and 300,000 sq. ft. are in a rush to offer move-in-ready facilities. Cap rates were at an all-time low of 4.4 percent at the end of 2017, compared to 4.7 percent at the peak of the last cycle. There is a great demand for high-quality distribution facilities and the Inland Empire market can accommodate that demand.


San Bernardino County at a Glance