Southwest Louisiana Out in Front and Not Looking Back

Southwest Louisiana continues to improve a business climate that is already a national leader. 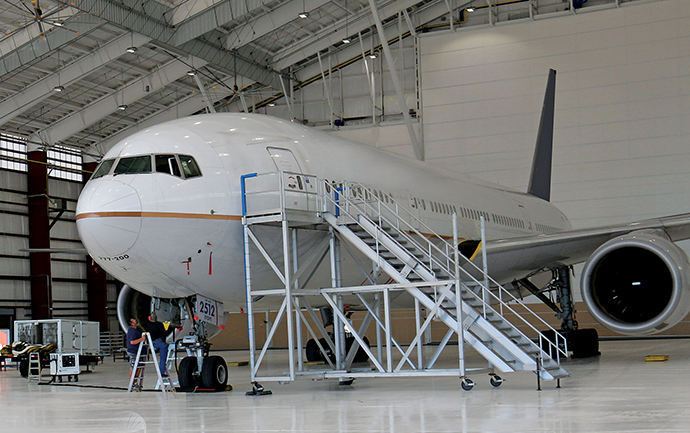 Experts who track the long-term economic growth of Southwest Louisiana are running out of superlatives to describe the record-setting pace of Lake Charles and the surrounding region. 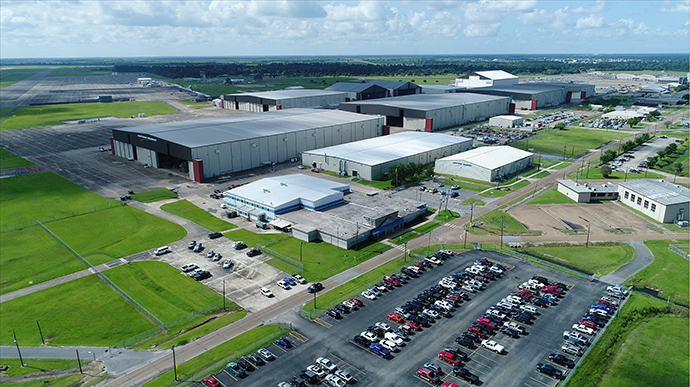 When noted economist Dr. Loren C. Scott prepared his annual Louisiana Economic Outlook and presented it in October 2017, he wrote this about the region that encompasses Allen, Beauregard, Calcasieu, Cameron and Jefferson Davis parishes:

“Performance of the Lake Charles economy over the past four years reminds the author of that great race in the 1973 Belmont Stakes won by Secretariat by 31 lengths. Like Secretariat, Lake Charles is far out in front of all the other MSAs in the state and is one of — if not the — fastest-growing MSAs in the nation.”

It’s fitting that Scott compared Southwest Louisiana to Secretariat, because the economic performance numbers of this region of 300,000 people are staggering and unprecedented.

According to Scott, the region has been the fastest-growing metro area in the state for four consecutive years, adding 20,500 jobs and expanding by a remarkable 5.1 percent a year. “In 40 years of monitoring the Louisiana economy, we have never seen back-to-back job performances like that in any MSA in the state,” Scott wrote in his report.

The primary source of this growth is $43.3 billion in industrial plant projects and other facilities that are under construction, along with another $65.4 billion in projects that are in various stages of approval. Altogether, by 2022, Southwest Louisiana could see a grand total of $108.7 billion in construction completed and open for business.

“I keep up with about nine other states in the Southeast,” says Scott. “The announcements in the Lake Charles area are probably 25 times larger than any of these other states.”

A Billion Here, a Billion There … 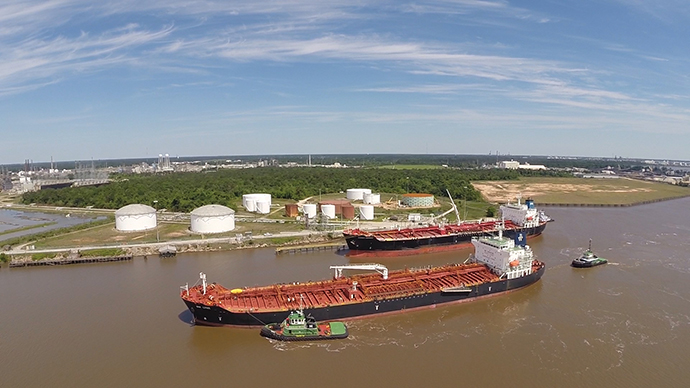 George Swift, president and CEO of the Southwest Louisiana Economic Development Alliance, says that industrial investors select the region because it makes a concerted effort to invest in four areas: building a quality workforce; creating large sites that are ready for industrial development; improving regional transportation assets; and adding amenities to ensure a high quality of life.

“Our focus has always been on quality, but now we are taking it to the next level in these four principal areas,” he notes. “We have a record 130,000 people working in our region right now, and that means that more people are moving here to find good-paying jobs. We know we must continually reinvest into our core assets if we are to maintain this growth.”

The Educators in Chief

The first task — building a quality a workforce — rests primarily in the hands of the major higher education institutions serving the region: McNeese State University and SOWELA Technical Community College.

“We prepare the engineers, the professionals who enter the workforce and work with the contractors that support these industry operations,” he says. “We also train the support services — healthcare workers, accountants, financial services professionals, etc. We prepare the chemists, scientists and biologists who work at the plants. We prepare students to go into medical school and dental school. We equip others to become teachers in the region.”

“I keep up with about nine other states in the Southeast. The announcements in the Lake Charles area are probably 25 times larger than any of these other states.”
— Dr. Loren Scott, economist and author of the Annual Louisiana Economic Outlook

McNeese collaborates with SOWELA to make sure that incoming technical college graduates “have a seamless transition to continue their education. More than two-thirds of all jobs in the future are going to require more than a high school degree. They will require some level of college or professional certification.”

McNeese also supports entrepreneurship in the community, he notes. “At our SEED Center, an entrepreneur came in and developed an algorithm for a program called Waitr. This food delivery and carry-out app is now growing exponentially across the country.”

Dr. Neil Aspinwall, chancellor of 4,000-student SOWELA, says that his technical community college is constantly upgrading to serve the needs of the many large employers in the rapidly growing LNG and petrochemical field in Southwest Louisiana.

“We opened our new $20-million SOWELA Training Center at Chennault International Airport last year,” he says. “Sasol and other employers are using the center to train their workers. We have flex lab space where they can set up training modules. Industries need customized training such as pipe welding. We also expanded our process technology program and added programs for machinist and pipe-fitting training.”

More than $62 million has been invested into new facilities and upgrades at SOWELA over the last five years, Aspinwall says. “This has been a busy time at SOWELA. Our enrollment continues to grow. Industries are contributing scholarship funds. Dual enrollment is growing, particularly as we try to push aviation and industrial process technology down into the high schools.”

A Place to Call Home

As demand for new workers accelerates throughout the region, so does the need for sites. Gus Fontenot, economic development project coordinator for the Southwest Louisiana Alliance, says his organization is upping its game in that department as well.

“When a business is looking to locate, if we can show them a certified site, that means a lot of due diligence has been done on the site already,” he says. “It deals with environmental issues, pipeline rights of way, etc. We identify all potential obstacles and remedies.” 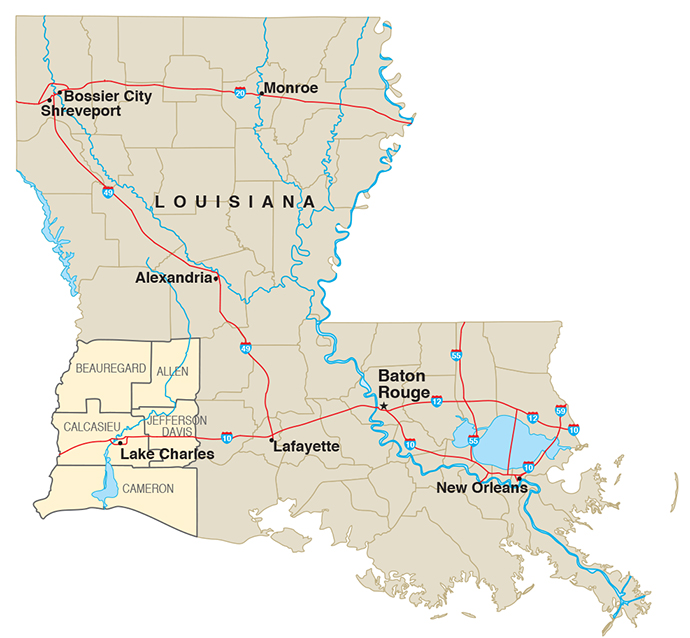 The region currently lists eight certified sites that are available for development, says Fontenot. “They range from 24 acres up to a 1,188-acre mega-site — and we are looking to add up to four new certified sites in 2018.”

One of the most promising certified sites is the Beauregard Airport Industrial Site near DeRidder, notes Fontenot. “This is an 1,188-acre site that has a lot of advantages. It offers access to rail and a four-lane highway, and the workforce for a sizable industry is there.”

Another attractive site, he says, is T.O. Allen Industrial Park on Interstate 10 in Jeff Davis Parish. “It has dual rail service and is within 20 miles of the Port of Lake Charles. It covers 562 acres of developable land, and it is ideal for a distribution center.”

Lacassine Industrial Park, meanwhile, has 750 acres with rail service and is just 10 miles from Chennault Airport.

The Channels of Commerce

Anchoring the transportation infrastructure of Southwest Louisiana’s record-breaking investment pace is the Port of Lake Charles, the 13th-largest port in the US by cargo volume.

“We are estimated to be ranked in the top eight once all these new projects come on board by 2019,” Port Director Bill Rase says. “As energy ports go, we are ranked 12th largest in energy shipping. We will become the No. 2 exporter of LNG in the world once these new projects come on line. And Forbes just reported that the Port of Lake Charles is the seventh-most likely port to take center stage soon.”

With many of the large LNG and petrochemical projects located on or near port property, the Port of Lake Charles is also one of the busiest construction zones in the world these days. “About 7,000 to 8,000 construction workers come on site every day to work on these projects,” says Rase. “And we are not at peak employment yet. That will happen in 2019 or 2020. Between 2021 and 2023, the demand for LNG will be higher than production. That’s when you will begin to see all of these massive LNG expansions to try to match that curve.”

Plenty of port tenants are ramping up to meet this expected surge in demand as well. “Southern Ionics, IFG Grain Elevator and G2 Ocean are all growing here,” Rase says.

Infrastructure upgrades at the port this year include $12 million to refurbish City Docks 2 and 3, he adds. “Plus, we will need to build a dock to ship methanol. That will be a $70-million investment by the port, plus another $40 million by Lake Charles Methanol.” 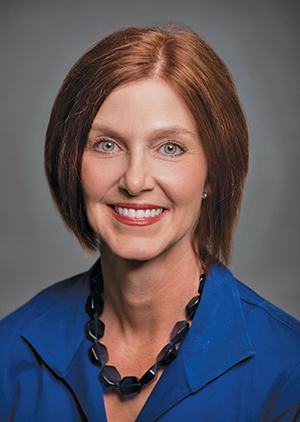 “We have an $80-million payroll and a $300-million annual economic impact on the region,” he says. “Once we sign a public-private partnership agreement with a developer, we will double our workforce.”

Northrop Grumman employs 1,200 people working on the E-8 Joint STARS program and other operations at Chennault, “and we just started construction on a $3.5-million building for Louisiana Millworks,” Robb says. “We are adding more paint facilities, and we are upgrading all our hangars. We refurbished the control tower, and we have started the process to create an air cargo complex. It looks like we will be attracting an air cargo company.”

Less flashy, but no less important, is Lake Charles Regional Airport, which serves about 120,000 passengers a year and has 2,000 acres.

“We’re working to certify a 135-acre tract with the Southwest Louisiana Alliance,” Airport Manager Heath Allen says. “We should see an increase in business in 2018. United will go to a full schedule of 50-seat jets, and American will go to 70-seat jets. United offers direct service to Houston, and American goes to Dallas.”

The airport recently spent $3 million to convert its lighting on taxiways and the runway to LED, and another $6 million on fencing.

Era Helicopters, which provides service to offshore oil rigs in the Gulf of Mexico, employs 250 people at the airport, notes Allen.

“They are the longest serving US helicopter transport provider,” he says. “We are their operational headquarters. All training and heavy maintenance are done here. About 30 companies operate here. Around $220 million is our annual economic impact on the state. That’s a good return on investment.”

Amanda White, vice president of communications and special projects for the Southwest Louisiana Alliance, says that community leaders know the value of reinvestment.

“We started in 2014 with the idea of making big changes in small steps,” she says. “After a few minor projects at the beginning, our group raised money for the Lake Charles Downtown Dog park in 2016.” A Choose Local campaign is currently in the works.

Tobie Hodgkins, chair of the board of the Southwest Louisiana Chamber of Commerce and the Alliance, says the quality-of-life enhancements are working.

“As a lifelong resident, I’ve seen this community change a lot,” she says. “When I was growing up, downtown Lake Charles was not an option if you were looking for a fun place to see and do things. Now, there is not a month that does not have a special event downtown.”