Demand for super-smart talent is about to skyrocket in the Valley of the Sun. 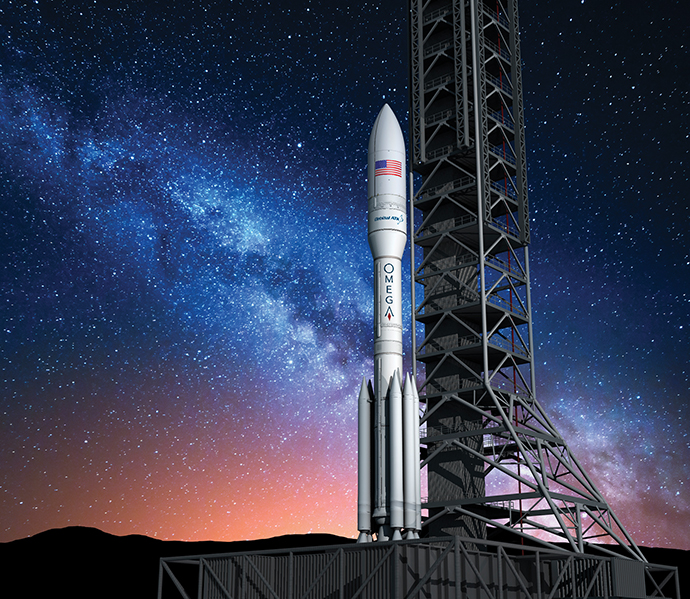 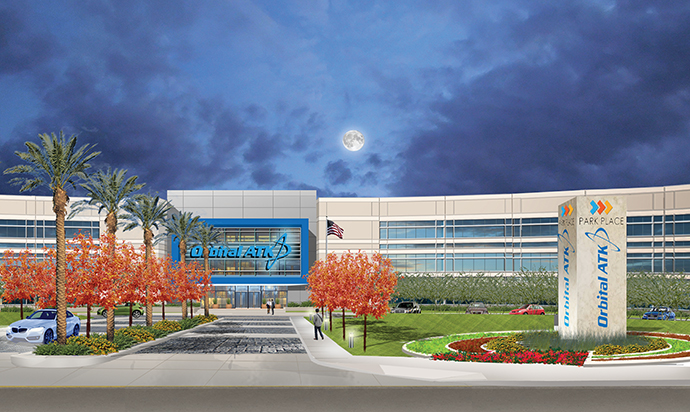 A campus expansion in Chandler will increase Orbital ATK’s footprint there to 617,000 sq. ft.
Image courtesy of Orbital ATK

Actually, it is rocket science. More than 1,800 aerospace and defense companies call Arizona home, and one of them, Orbital ATK, needs a bigger launch pad. The producer of satellites and launch vehicles is a key part of the state's guided missile and space vehicle cluster, which employs more than 11,200 workers; Arizona's broader aerospace industry employs 62,000 at such companies as Boeing, BAE Systems, Raytheon, Northrop Grumman and General Dynamics.

Was expanding in Chandler the only option?

"We have 1,600 people working just in the launch vehicles division here in Chandler, and across the greater Phoenix area, it's 2,200," says Terry Feehan, vice president of safety and mission assurance. "When the corporate real estate team looked at that expansion opportunity, they did look across the country to see if we could get the qualified, quality workers needed to deal with our current order and backlog. Another consideration was whether the site is an attractive location in terms of new employees and retaining the employees we have."

One more consideration, says Feehan: "From a business perspective, is this a place where we want to do business? When they finished that analysis, the greater Phoenix area, and Chandler in particular, became the best place to stay."

Orbital ATK's launch vehicle business in Chandler began in the 1980s. It provides rockets for commercial, civil and government customers. Rich Straka, vice president and general manager of Orbital ATK's Launch Vehicles Division, said in March that he is looking forward to expanding the company's business in Chandler. "The launch vehicles we design and manufacture here are instrumental in providing cargo to the crews on the International Space Station, space and earth science, and in defending the nation. We appreciate the State of Arizona and City of Chandler for providing support that enables Orbital ATK to continue to execute on these vital programs for our country."

Terry Feehan elaborates: "Within the state, we have direct interface with the governor's office, and the city of Chandler is very aggressive on their Price Road corridor. The state Commerce Authority appears to do an excellent job of weighing the additional jobs that would come into the area, the investment in infrastructure and ensuring that they can provide the correct incentives so that the city and the state got more in return – it was a good deal for us and a good deal for them.

"The state is very business-minded," he adds, "and has worked with us extremely well in everything from getting plans approved to getting incentives set."

Feehan says Orbital ATK was once the anchor business on South Price Road, which becomes state route 101 to the north through Mesa and Scottsdale. To the south, Intel's Ocotillo Campus is now a bigger anchor along the corridor, and numerous other IT companies are in the same vicinity. Honeywell, Boeing and other major aerospace and IT companies make for a well-stocked labor pool. "We love to steal their people, and they love to steal ours," says Feehan. "But our attrition is very low, so we win."

Meanwhile, on the west side of Phoenix, Nikola Motor Company has selected Buckeye for its 2,000-employee hydrogen-electric semi-truck manufacturing headquarters facility. The new 500-acre (202-hectare), 1-million-sq.-ft. (92,900-sq.-m.) facility will bring more than $1 billion in capital investment to the region by 2024. Nikola designs and manufactures hydrogen-electric vehicles, electric vehicle drivetrains, vehicle components, energy storage systems and hydrogen stations. It has more than 8,000 trucks on preorder, according to a company release.
Currently based in Salt Lake City, Nikola Motor is completing a 150,000 square-foot (13,900-sq.-m.) R&D facility in Phoenix where the company will relocate by August 1, 2018.

"Arizona has the workforce to support our growth and a governor that was an entrepreneur himself," said Trevor Milton, Nikola Motor Company CEO and founder. "They understood what 2,000 jobs would mean to their cities and state. We will begin transferring our R&D and headquarters to Arizona immediately and hope to have the transition completed by October 2018. We have already begun planning the construction for our new zero-emission manufacturing facility in Buckeye, which we expect to have underway by the end of 2019."

Development of the project at Sun Valley Parkway and the future Wintersburg Parkway is projected to begin in late 2019. The site is at an entrance to Douglas Ranch/Trillium, a new, master planned community being developed by El Dorado Holdings and JDM Partners. It's projected to ultimately be home to more than 300,000 residents.

"I've worked on many economic development issues in my career. But being part of this team that brings Nikola Motors to Arizona is very satisfying," said Mike Ingram, founder and chairman of El Dorado Partners. "We look forward to announcing additional partners who will join Nikola at Douglas Ranch in the near future as we start to build momentum and unlock its full economic power."

"Conceived as the prototype 'Smart City,' Trillium at Douglas Ranch aligns well with Nikola Motors groundbreaking technology," said Jerry Colangelo, co-founder and partner with David Eaton and Mel Shultz of JDM Partners. "We look forward to working with everyone here to bring Nikola›s innovative products and their 2,000 professionals into this city of the future, creating a tremendous economic opportunity for Arizona."

"It was an absolute honor to help bring together a great company and a great state," said Tom Stringer, BDO's managing director and practice leader for site selection and incentives. "Nikola is poised to implement revolutionary solutions to energy independence and environmental sustainability across the transportation spectrums, while Arizona is the perfect partner-location focused on building the energy and tech industries of the future." 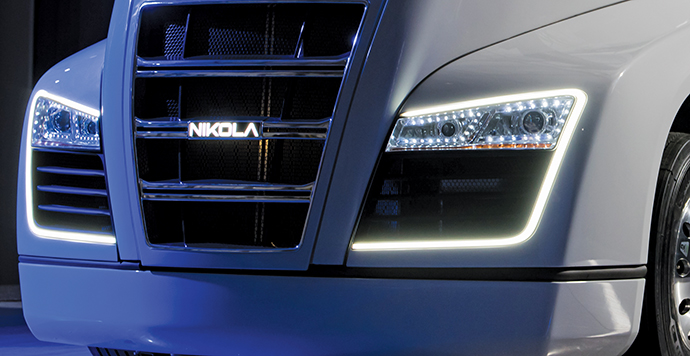 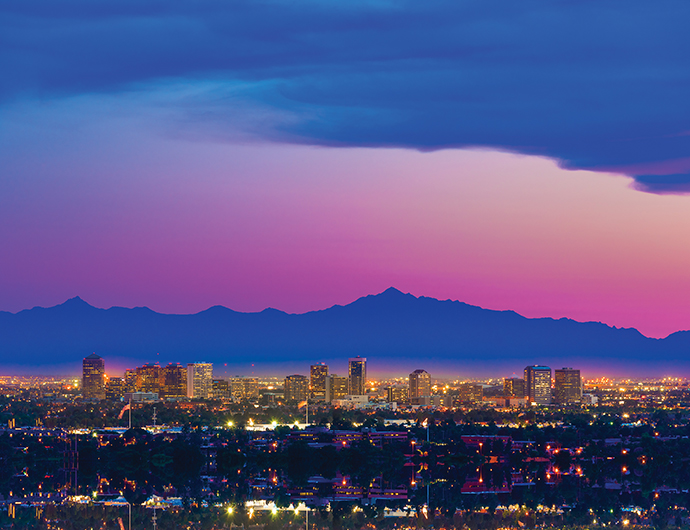 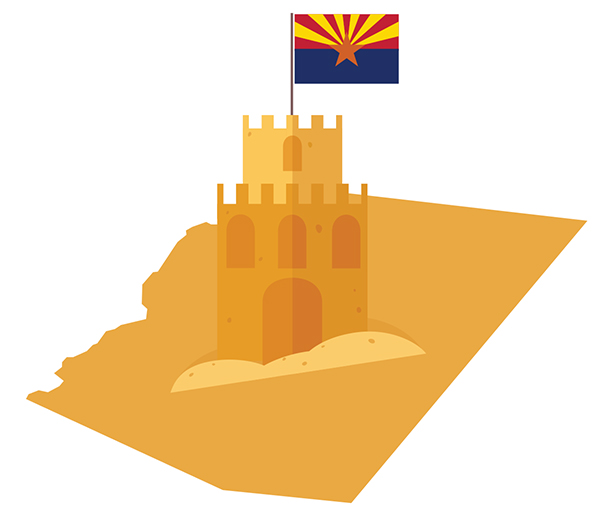 Governor Doug Ducey recently signed legislation making Arizona the first state in the nation to launch a regulatory sandbox for the fintech industry. "With the signing of HB 2434, Arizona will become the ultimate sandbox for the development of Fintech," Governor Ducey said. "FinTech is going to fundamentally transform banking, finance & technology. We're going to be the first state to embrace it."

The measure – which was championed by Attorney General Mark Brnovich, Rep. Jeff Weninger and Jack Selby of Thiel Capital – aims to spur the development of emerging industries including fintech, blockchain and cryptocurrencies in Arizona by removing regulatory barriers for innovators.

In Arizona's sandbox, startups, entrepreneurs, and even established companies can launch products on a limited, temporary scale to consumers to test innovative products, services, business models, and delivery mechanisms in the real market without incurring the regulatory costs and burdens that would otherwise be imposed. The Arizona Attorney General's Office will administer the sandbox.

"The idea of a regulatory Fintech sandbox is not new, and while it's being discussed at the federal level, Congress is moving at a glacial pace," said Attorney General Mark Brnovich. "Arizona has always been a state for big ideas and this is just one more place where we are trailblazing in entrepreneurship and innovation. I hope to see the sandbox serve as a catalyst for capital investment in Arizona and provide opportunities for Arizona businesses and consumers to thrive."

The sandbox will allow entrepreneurs to give new ideas a chance in the real market without incurring the regulatory costs and burdens that would otherwise be imposed. The bill also includes a reciprocity provision permitting the Attorney General to enter into agreements that would allow Arizona sandbox participants to operate in other jurisdictions that establish similar programs.