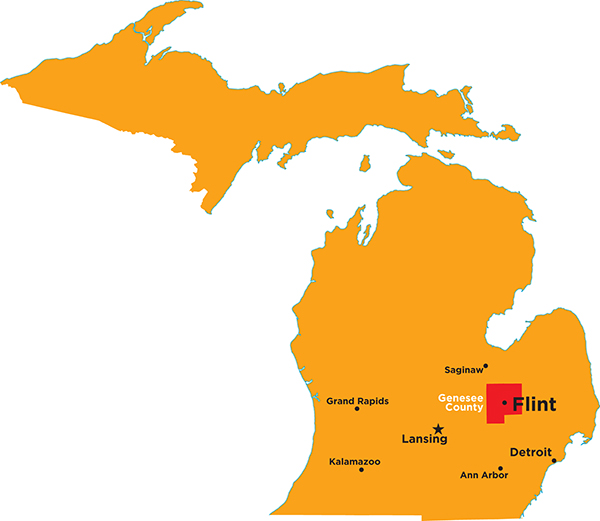 A place firmly rooted in the history of the American automobile is borrowing a page from its past to write its future.

Flint, a Southeast Michigan community known as Vehicle City for producing Buicks and other General Motors cars for the better part of a century, is making a resounding comeback thanks to historic partnerships and technological breakthroughs in driving.

Consumers Energy and the Flint & Genesee Chamber of Commerce are teaming up to spearhead this comeback, and the results are evident.

"Consumers Energy has been in business for over 130 years. We've served Flint and Genesee County for most of that time," says Jeff Mayes, director of economic development for Consumers Energy. "We've been a part of the area's growth. The evolution of the automotive industry has had a big impact on Michigan and the area. We're seeing Flint reinvent itself and emerging as a leader in automotive technology and manufacturing."

Tyler Rossmaessler, director of economic development for the Flint & Genesee Chamber of Commerce, concurs. "The City of Flint is deeply connected to the automotive industry," he says. "We're proud of our roots, and we're proud of the fact that we're a major player in the future of this industry."

That future is being shaped by autonomous vehicle creation and production of GM heavy-duty trucks — both of which are happening in Flint right now.

A cluster of automotive mobility companies is coming together to advance self-driving research and technologies. Among them are a new partnership between Magna and Lyft to develop autonomous vehicles; a joint venture between Continental and Nexteer, which was announced at the 2017 North America Auto Show, is called CNXMotion and focuses on advanced steering and braking systems for AVs; and Laird Technologies, a company engaged in autonomous vehicle "eye and ears," i.e., radio frequencies and satellite communication.

In addition, Lear Corp., a global automotive seating and electrical systems supplier, plans to locate a 156,000-sq.-ft. manufacturing facility and employ 600 workers in Flint. The $25-million investment will be the first such facility to be constructed in Flint in more than 30 years.

"The past and future are coming together," says Rossmaessler. "Lear is opening its newest project on the old Buick City property. It could have gone anywhere in the state, but they chose Flint because of the availability of talent and the logistical advantages."

Mayes notes that "our role is to work closely with the chamber and the state and other stakeholders to facilitate economic growth. A major advantage in Flint is the available energy infrastructure. Having that infrastructure in place has allowed us to serve businesses and compete for projects on cost and other factors."

The Hub of Self-Driving Cars

These same advantages are enabling the autonomous vehicle cluster to grow, notes Rossmaessler. "Magna Electronics is here," he says. "They have a huge partnership with Lyft to develop their AV system — the LIDAR, cameras, etc. We're also excited about the Continental/Nexteer partnership called CNXMotion. They're developing an AV driving system." 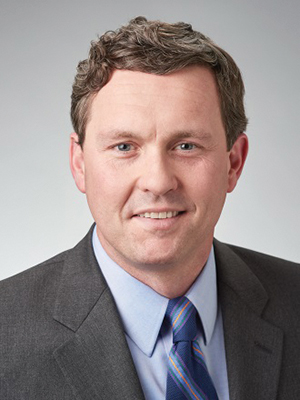 So too is Kettering University. Founded by General Motors as the GM Institute, Kettering today touches almost every aspect of automotive work in Michigan. The CEOs of GM and Lear are Kettering alumni. "Leadership in the automotive industry is connected to Kettering," notes Mayes. "And it will be for a long time."

Investing in the future talent of Flint is the primary goal of the Flint Promise Scholarship, backed by a million-dollar grant from the Consumers Energy Foundation and a matching grant from Tom Gores, chairman and CEO of investment firm Platinum Equity and owner of the Detroit Pistons.

"Flint has had its struggles," says Mayes. "An important piece of the comeback will hinge on our educational system. We're investing in our students to make sure they have the skills they need to compete. This has been led by Consumers Energy. Gores, a Flint native, is reaching out to fellow Kettering alumni in the community. Many stakeholders are involved in this effort. It is a very diverse community."

Rossmaessler adds that "the Flint Promise is really like an on-ramp for students pursuing post-secondary education. The first students will enroll in the 2018-2019 school year. It helps with students going to Mott Community College and the University of Michigan at Flint. They must meet the minimum admission requirements, but this offers them a huge step up."

Kettering University, meanwhile, is playing its own leading role in Flint with its GM Mobility Research Center, which includes a mobility test track. "It's a community asset that firms can use for testing," says Rossmaessler. "And it helps with training the next generation of talent. It's in the city right along the Flint River on the Kettering Campus."

The final piece to the Flint renaissance puzzle is place-making, and the community is sparing no expense. "The city is experiencing a resurgence in its downtown," says Rossmaessler. "The Flint Farmers Market is in a building that once printed newspapers. Lofts and other buildings are going up. Over $100 million has been invested in the last 10 years into downtown Flint. We now have a waiting list of people wanting to live downtown, and 1,300 people live there already."

The prevailing narrative of Flint is being rewritten day by day. "The old narrative is of people wanting to get out due to the water crisis," says Rossmaessler. "But we have a waiting list of people who are wanting to move into the city and live there right now." 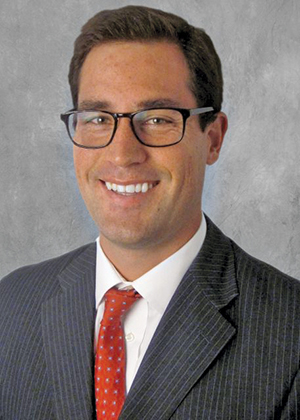 He adds that "more projects are coming to Flint, but that is not the whole story. Even our water narrative is changing. Because we have the most tightly regulated and controlled water system in the country, everyone is wanting to come here to make their coffee. Coffee shops are springing up all over town. Why? Because we now have the purest water in the Midwest."

The Ferris Wheel innovation center has opened and welcomes entrepreneurs, freelancers and start-ups looking for a place to set up and be part of a network of people with like interests.

Great progress also is being made on Mott Community College's Culinary Arts Institute. Once completed, the new facility will enable MCC to expand its Culinary Arts curriculum, increase the number of test kitchens, expand the program's student-operated restaurant service to include the baked goods café, and support community events in the downtown area.

As Flint continues to rewrite its future, the region is looking more energized than ever.

This Investment Profile was prepared under the auspices of Consumers Energy. For more about Consumers Energy's economic development services, contact Jeff Mayes, Director of Economic Development, at 989-667-5284, or visit ConsumersEnergy.com/econdev.