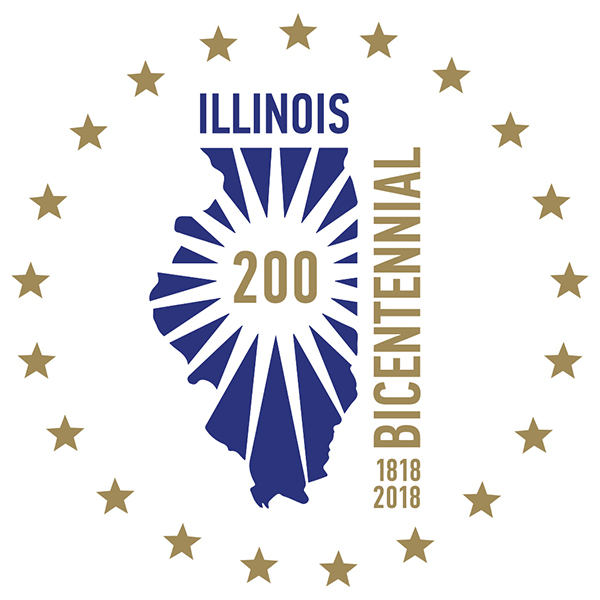 The Land of Lincoln is home to 37 Fortune 500 and 14 Global 500 companies, 241 companies on the Inc. 5000 list, 29 S&P 500 companies and more than 5,600 foreign-owned company site locations. Two hundred years ago this summer, it had none of those bragging rights. In fact, Illinois would not become a state until December of 1818 – the 21st state, to be exact. The Illinois Bicentennial, now well under way, is a yearlong celebration of the people, places, things and events that have been BORN, BUILT & GROWN in the state. Visit www.illinois200.com for more information on this historic year.

The companies featured here are Illinois — and global in some cases — household names. They are a sampling of the ingenuity, entrepreneurship and drive that are Illinois business and commerce. 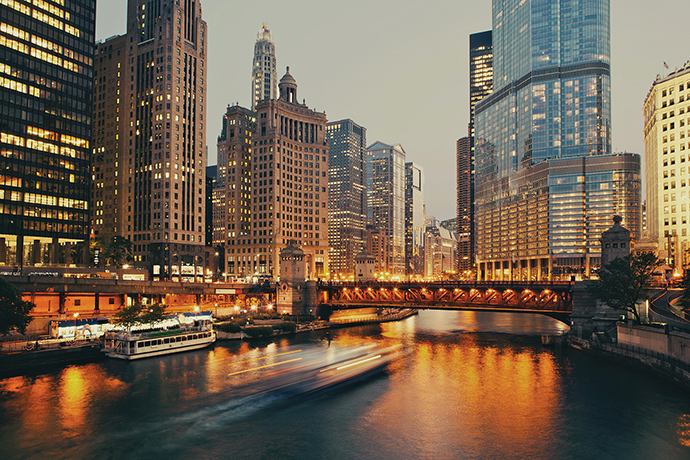 Headquarters: Chicago
Primary Business: Personal and commercial banking, asset management
Assets: $366 billion
Employees: more than 14,000
History in Illinois: In 1882, Norman Wait Harris established N.W. Harris & Co., a Chicago-based municipal bond broker and the forerunner of Harris Bank. Harris Trust and Savings Bank was established 1907. It merged with Chicago National Bank in 1960 and was restructured as Harris Bankcorp, Inc. in 1972. Bank of Montreal (later known as BMO Financial Group) acquired Harris in 1984. In 2010, Bank of Montreal purchased Milwaukee-based Marshall & Ilsley Corporation in an all-stock transaction valued at about US$4.1 billion. Marshall & Ilsley was then merged into BMO Harris. The company restructured as BMO Bankcorp on July 5, 2011. 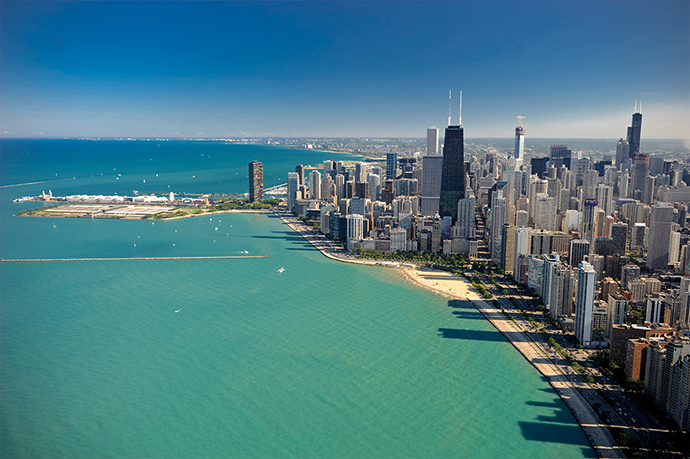 Photo courtesy of City of Chicago

Headquarters: Chicago
Primary Business: Commercial aircraft, defense, space & security
Revenue: $93 billion
Employees: 141,400 worldwide
History in Illinois: Incorporated in Seattle in 1916, Boeing was based there until it relocated its corporate headquarters to Chicago in 2001. Its impact on Illinois: Boeing works with 500 suppliers and vendors in Illinois; supplier/vendor purchases in Illinois amount to $1 billion; it supports an estimated 32,000 direct and indirect jobs in Illinois; Boeing employees in Illinois number 738; more than 5,000 Boeing retirees live in Illinois; more than 80 Boeing military veterans live in Illinois. 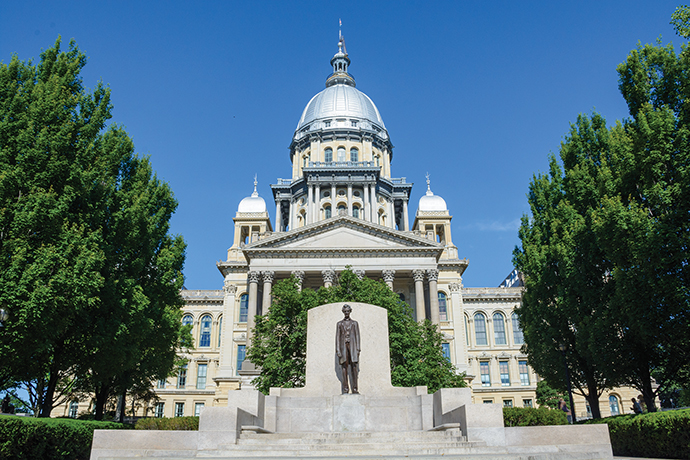 Headquarters: Philadelphia
Primary Business: Telecommunications
Revenue: $84.5 billion
Employees: 153,000
History in Illinois: Comcast is the leading Internet and cable services provider in Illinois. On the broadcast side, WMAQ TV first went by those call letters in 1964, but it had a presence in Chicago long before that. It's known today as NBC 5 Chicago. The station is owned by the NBC Owned Television Stations subsidiary of NBCUniversal, part of a duopoly with Telemundo owned-and-operated station WSNS-TV. NBCUniversal, a Comcast subsidiary, owns both networks, along with regional sports network NBC Sports Chicago. WMAQ-TV and WSNS-TV share studio facilities and business offices at the NBC Tower on North Columbus Drive in the city's Streeterville neighborhood and transmitter facilities atop the Willis Tower on South Wacker Drive in the Chicago Loop. 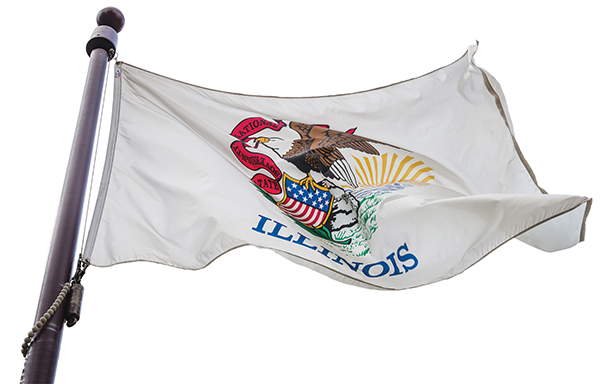 Headquarters: Deerfield
Primary Business: Healthcare, pharmacies
Revenue: $33 billion
Employees: more than 235,000
History in Illinois: Began as a Chicago drugstore in 1901, which founder Charles Walgreen purchased, having worked there as a pharmacist. A second opened in 1909. Nine stores were incorporated as Walgreen Co. by 1916; by 1926 there were 100. In 2000, the number of Walgreens stores reached 3,000 nationwide. By 2012, the number had jumped to 8,000. In 2015, Walgreens acquired rival drugstore chain Rite Aid.

Headquarters: Rosemont
Primary Business: Financial services
Assets: $28.5 billion
Employees: 4,000
History in Illinois: Founded in 1991 in Lake Forest by Ed Wehmer, Wintrust's current CEO and one of the company's founders, Wintrust operates more than a dozen community banks in northern Illinois and southern Wisconsin. A new event center at McCormick Square is called Wintrust Arena, home to DePaul University men's and women's basketball and a prominent Chicago venue for concerts, sporting events, meetings and conventions, family-friendly shows and other major special events. The diverse programming and location of the new entertainment and sports venue will bring additional tourism for local businesses and help ensure long-term economic growth for the neighboring communities.