An Emerging Science Ripens, and the Ad Industry Will Benefit

The back 40 are a living lab for high-tech farming in the Bluegrass State. 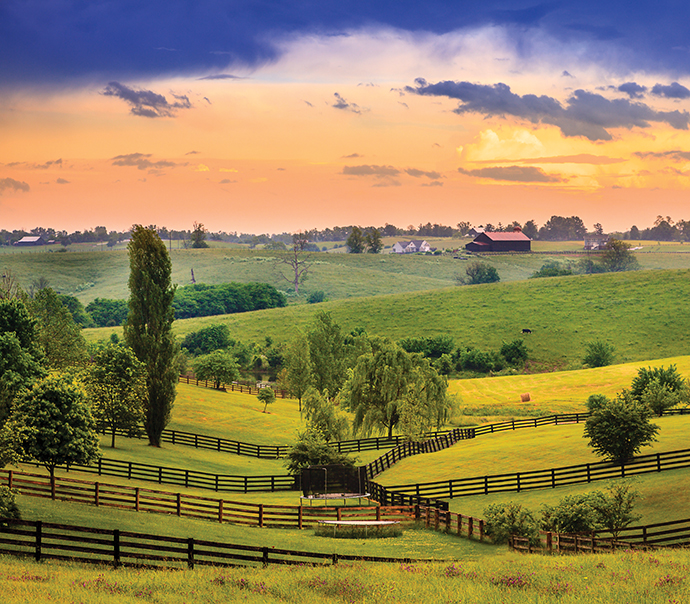 Agriculture innovation isn't new to Kentucky. Just ask Commissioner of Agriculture Ryan Quarles, whose family has been farming in the Commonwealth for nine generations.

"Traditionally, Kentucky has had a reputation of being a hotbed of what's new in agriculture, so it's not surprising that no-till corn was invented here," he points out. "We turned a tobacco plant into an ebola-fighting vaccine, and we have the largest industrial hemp test project in the country. Kentucky continues to lead the way in ag innovation, particularly among millennials who are merging agriculture concepts into new companies."

High-tech greenhouses and hydroponics would have meant nothing to Commissioner Quarles' ancestors, but they are among the innovations propelling Kentucky's $45 billion agriculture industry forward. In March, for example, indoor farming company Hydroponic Farms USA said it will invest more than $44 million in Eastern Kentucky's Breathitt County and create 121 jobs with the construction of a new facility on a reclaimed mine in Jackson. It will build a nearly 42-acre facility, with 35.5 acres of production space, in which hydroponic and aeroponic technology will be used to grow leafy greens, tomatoes, peppers and other produce. The 121 jobs will include leadership, production and post-production roles. 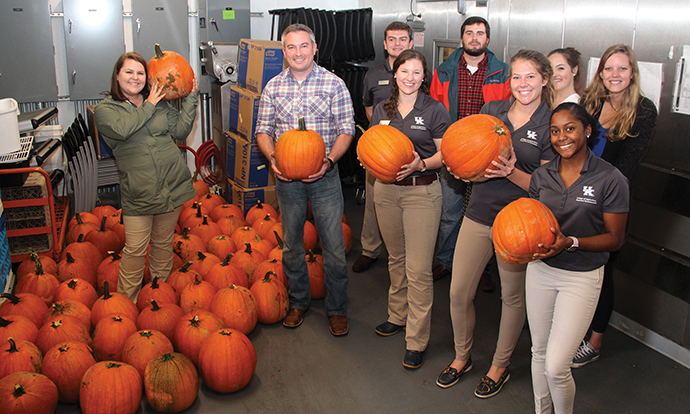 Commissioner of Agriculture Ryan Quarles with a bumper crop of Kentucky students and pumpkins. Photos courtesy of the Kentucky Department of Agriculture

"Appalachia has much to offer the world in terms of natural beauty and abundant resources, but what really makes this place special is its people," said Tim Davis, managing member of Hydroponic Farms USA. "We knew the moment we set foot in Breathitt County, that this was not only a perfect place to build our business, but also a place we could proudly call home. Our investors have been humbled by the overwhelming support of Kentucky's state and local government representatives. Moving forward, we are committed to building positive relationships with all of our new neighbors in Breathitt County and doing our part to create real opportunities for people. With the agronomic and technological expertise provided by our partners at Green Ag Technologies, we are proud to bring the future of farming to the area and make a significant impact on the produce industry."

Hydroponic Farms USA has formed a partnership with Oz Agribusiness Projects and Investments Ltd. (OAPI) and Green Ag Technologies LLC to manage and operate the facility. OAPI, according to its website, "is an Israel-based integration company, specializing in turnkey projects for agriculture including greenhouses, packing houses, poultry and dairy farms. We enable our customers to plan and establish ambitious projects, implementing a multitude of technologies that are tailored to specific needs and conditions, as per locale." Besides Kentucky, those locales currently include Abu Dhabi, Russia, Kazakhstan and Guatemala, among many others. OAPI's aim: to facilitate the production, storage and delivery of quality food, meeting the rising global demand as it unfolds.

"Bringing OAPI's Israeli greenhouse technology and expertise to Breathitt County has been a priority for our organizations since we first introduced Kentucky to the concept of high-tech agriculture over three years ago," said Curt Meltzer, chief operating officer of Green Ag Technologies. "It has been a long road, with OAPI's first stop in Lincoln County, but the Cabinet's decision today marks the first step toward making that goal for Eastern Kentucky a reality and expanding our network of high-technology greenhouse operations across the state. The future of farming is indeed in Kentucky." 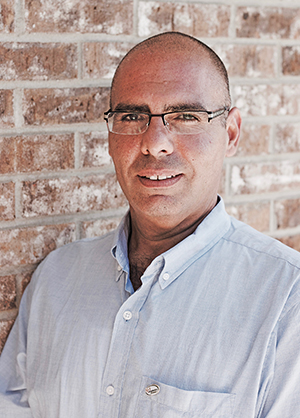 “Agriculture is well known in the U.S., but when you operate at the next level, using high-tech greenhouses, for example, you can improve your yields and position yourself in a way that the market is looking for.”
— Haim Oz, Partner and CEO, Green Ag Technologies

Hydroponic Farms USA will follow a similar business model to Kentucky Fresh Harvest, which broke ground in Lincoln County in January 2017 and also is managed by OAPI. Currently, the company is working with major retailers and wholesalers to secure contracts to supply their customers with fresh produce year-round.

In late April, Site Selection contacted OAPI's founder, Haim Oz, who also is partner and CEO of Green Ag Technologies, to learn more about his organization's Kentucky presence and strategy.

"We started with Kentucky mainly because there were a few opportunities here we knew we could carry forward," Oz explains. It's ripe, as it were, for the types of agricultural solutions OAPI develops. Investment resulting in jobs would be particularly welcome in areas experiencing high unemployment due to the downturn in the coal industry, for example. But Oz also sensed the state's agriculture industry was ready for an upgrade from its standby crops of tobacco, soy, corn and wheat.

"Agriculture is well known in the U.S., but when you operate at the next level, using high-tech greenhouses, for example, you can improve your yields and position yourself in a way that the market is looking for," Oz relates. It's fine for Kentucky to be known for its signature horse industry, Bluegrass and bourbon, he adds. Why not also as a leading source of fresh produce and other healthy food? 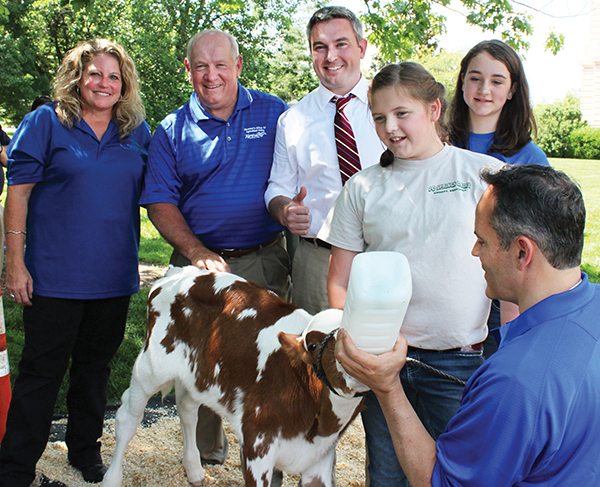 Governor Matt Bevin tends to a calf with Commissioner Quarles and others.

"It geographic location is another Kentucky advantage," says Oz. "Within a 600-mile radius you have 70 percent of the U.S. population, which is very important as logistics has become a very important factor in the cost of production. Having the major markets close by brings a lot of value. Weather-wise, too, Kentucky is well suited for greenhouses using the technology we are talking about — insulation and software control of systems to produce high-quality produce at low cost and zero risk." Abundant and affordable natural gas keeps energy costs reasonable, for example.

"We aren't using technologies that others aren't also using," says Oz. "The secret is implementing those technologies in a place where the cost benefit is higher — to do more with less, and to improve yields and the process at the same time. One of the objectives is to collaborate with the community, which is basically education — working with the universities and schools. That is part of our business strategy."

How the State Cultivates Ag Investment

To encourage the investment and job growth in the community, the Kentucky Economic Development Finance Authority (KEDFA) in March preliminarily approved the company for tax incentives up to $1.83 million through the Kentucky Business Investment program. The performance-based incentive allows a company to keep a portion of its investment over the agreement term through corporate income tax credits and wage assessments by meeting job and investment targets. Additionally, KEDFA approved the company for up to $250,000 in tax incentives through the Kentucky Enterprise Initiative Act (KEIA). KEIA allows approved companies to recoup Kentucky sales and use tax on construction costs, building fixtures, equipment used in research and development and electronic processing.

"Agriculture is an essential industry in the Commonwealth. The arrival of this high-tech greenhouse operation is an innovative way to produce high-quality products at less cost," Gov. Bevin said. "We are grateful that the establishment of Kentucky Fresh Harvest will bring 75 full-time jobs to Lincoln County and will showcase the evolution of an industry deeply rooted in Kentucky's economy."

The initial phase included a plant nursery to begin growing seedlings as builders worked on a larger grow house. The grower expects to produce between 3 million and 4 million pounds of cherry tomatoes annually. Of the 75 jobs, approximately 15 require advanced degrees or training, including managerial roles, while the remaining positions will be among greenhouse and packing house teams. Founded in Lincoln County, Kentucky Fresh Harvest is majority owned by Green Ag Technologies. A group of Lincoln County investors collaborated on the project to help bring jobs and sustainable agriculture to Stanford while supplying the U.S. market with affordable, fresh produce. 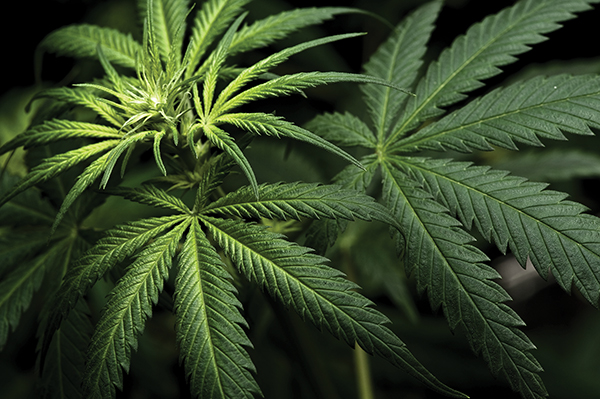 The focus of Kentucky’s research program was to study the environmental benefit or impact of hemp, the potential use of hemp as an energy source or biofuel and the agronomy research being conducted worldwide relating to hemp. Other recent state research programs have looked at best practices for soil conservation and restoration (North Carolina), and the feasibility of hemp products’ use in animal feed (Colorado).

“When I became Commissioner of Agriculture, I wanted to make Kentucky a national leader in industrial hemp research,” Commissioner Ryan Quarles said. “These numbers demonstrate the economic potential of this emerging industry right here in Kentucky. It is time to remove industrial hemp from the list of controlled substances for our farmers and processors, so we can remove uncertainty from this versatile crop.”

“[In late March] I was proud to announce alongside United States Senate Majority Leader Mitch McConnell the impending introduction of bipartisan legislation to legalize hemp as an agricultural commodity,” said Quarles. “Leader McConnell’s impending legislation represents the best chance to place our Industrial Hemp Research Pilot Program on the path to commercialization.”

The KDA operates its program under the authority of Section 7606 of the 2014 federal farm bill, now 7 U.S.C. § 5940, that permits industrial hemp pilot programs in states where hemp production is permitted by state law. Commissioner Quarles successfully advocated for legislation adopted in the 2017 session of the Kentucky General Assembly that more closely aligned Kentucky’s program with federal law and added several significant law enforcement safeguards.