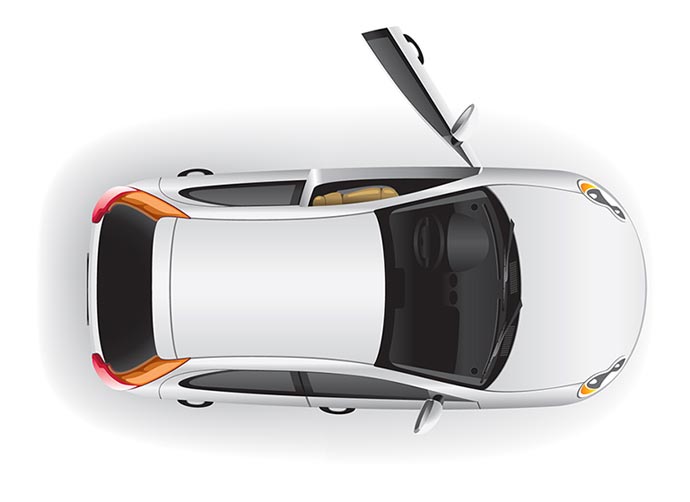 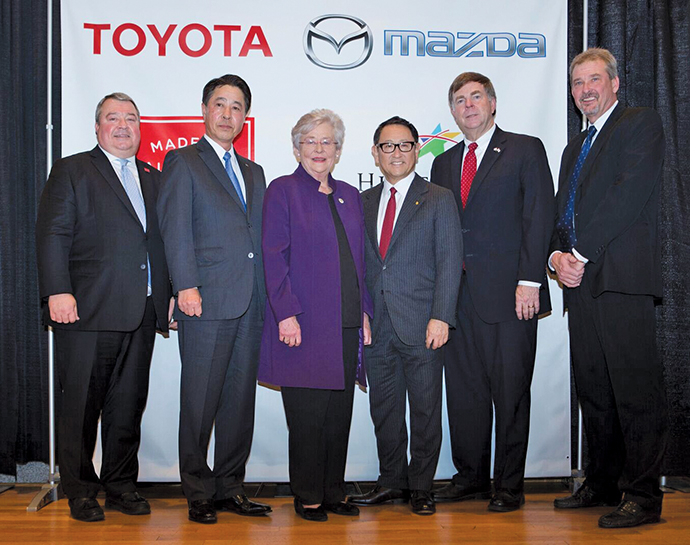 The wheels are turning toward an expected early 2019 ground-breaking at the site of the new Mazda-Toyota manufacturing plant in Huntsville, Alabama. The selection of the Huntsville mega-site in January ended a frenzied competition to land the $1.6-billion facility, which is expected to create 4,000 new jobs paying an average of $50,000 per year.

"As soon as we signed the agreement, we were doing work," says Huntsville Mayor Tommy Battle. Battle tells Site Selection that the city recently closed on the 2,400-acre (971-hectare) parcel in Limestone County's unincorporated Greenbrier community and has commenced with initial clearing and grading for the plant.

"It's been fast and furious out at the Greenbrier," says Battle. "It's a different site today than it was before we made the announcement in January. But there's lots and lots more work to be done. We've got a railroad to bring in and a roadway system to expand. They have a very aggressive schedule."

Toyota and Mazda have gone to work, as well, having announced in March the official establishment of their new joint-venture company, Mazda Toyota Manufacturing, U.S.A., Inc. (MTMUS), that's to begin producing vehicles at the site in 2021.

"We hope to make MTMUS a plant that will hold a special place in the heart of the local community for many, many years," said Mazda's Executive Officer Masashi Aihara, who will serve as president of MTMUS. "By combining the best of our technologies and corporate cultures, Mazda and Toyota will not only produce high-quality cars but also create a plant employees will be proud to work at."

The new facility will have the capacity to produce 150,000 units of Mazda's crossover model that will be newly introduced to the North American market and 150,000 units of the Toyota Corolla.

"The plant, which will be Toyota's 11th manufacturing facility in the U.S., not only represents our continuous commitment in this country, but also is a key factor in improving our competitiveness of manufacturing in the U.S.," said Hironori Kagohashi, executive general manager of Toyota and MTMUS's executive vice president. Toyota last year invested a record $1.33 billion at its site in Georgetown, Kentucky (see Top Deals, p. 121), and in late April announced a new $170-million investment at its plant in Blue Springs, Mississippi, in order to upgrade both plants to its Toyota New Global Architecture standard. Toyota's total investment in the U.S. over the past 60 years is $25 billion.

All told, Alabama's winning bid to Toyota-Mazda included about $700 million in state and local incentives. Packages offered by North Carolina and South Carolina both were believed to have exceeded Alabama's, with North Carolina's bid, according to a source involved in the talks, topping the widely reported figure of $1.5 billion. Officials of the South Carolina Department of Commerce declined to comment on any offer they might have presented.

Since the signing of the agreement, questions have arisen about the ability of Alabama's manufacturing workforce to serve not just Mazda-Toyota's needs, but also fill the thousands of support jobs that are expected to accompany the plant's operations. Battle says he expects as many as 10,000 spinoff jobs. Ed Castile, long-time executive director of Alabama Industrial Development Training, believes that number could go even higher.

"There's a potential for workforce issues," Castile tells Site Selection, "because people are already in good jobs. We've got low unemployment [3.7 percent in February], and that's a good thing.

"But, no," says Castile, "we're not expecting to have any problems staffing this facility. We'll draw workers from a 50-to-75-mile radius of the site, which will include southern and middle Tennessee. We know that there are a lot of people driving out of north Alabama into Tennessee now for jobs at supplier plants for Nissan and General Motors and that kind of work up that way. We believe that this opportunity will allow them to stay near home, and that kind of thing will help us."

Castile says candidate workers won't necessarily need manufacturing experience, and that some might come from the farming sector.

"That," he says, "is one of the reasons the southern states have a good track record for a good, solid workforce. Farm workers might never have built a car, but they know how to do stuff. They're very trainable. When Mercedes came in [in 1993], no one in Alabama had ever built a car, but the good news was that we didn't have to un-train them and re-train them. They were trainable. That's sort of a secret to our success."