Shining the Spotlight on Class I Railroad Site Certification

BNSF and CSX are the only two among North America’s seven Class I railroads with certified site programs for shovel-ready sites along their network.
Image: Getty Images
by ADAM BRUNS

It's safe to say that every railroad is shovel-ready. After all, they were the first industrial developers, looking to move product along their backbone networks from sites as close as possible to their lines covering North America like so many arteries.

All seven Class I railroads in North America have some degree of industrial development, real estate and land division, some with more options than others. Many of them work with existing utility or state-sponsored site certification programs in their territories (such as the 54-parcel Select Tennessee Certified Site program). Norfolk Southern, for instance, offers detailed specs, supply-chain analysis, industrial park planning and prospective design work for all of the 2,000 industrial sites along its network. Last year, the railroad assisted 75 companies in locating or expanding in 17 states, representing an investment of $1.1 billion, the creation of nearly 2,000 new jobs and the generation of more than 147,000 carloads annually.

Only two of the seven Class I railroads, however, have developed their own shovel-ready site certification programs. And those programs continue to grow.

Last November, BNSF announced that three new properties had been awarded the company's Certified Site designation. The sites, located in Minot, North Dakota; Avard, Oklahoma; and Sioux Falls, South Dakota, "have already been scouted by BNSF and evaluated for their shovel-readiness," said the railroad, noting that the analysis (including an evaluation of environmental and geotechnical standards, available utilities, site availability and existing and projected infrastructure) could save an end user six to nine months of construction time.

All 13 BNSF Certified Sites are a part of BNSF's Premier Parks, Sites and Transload program, which addresses increasing demand for customer sites by developing various types of facilities across BNSF's network. That network includes a family of logistics parks such as Logistics Park Kansas City, in Edgerton, Kansas, where last year Spectrum Brands consolidated its operations from two distribution centers to one center that brought 300 additional jobs to the park. The project was part of $7.7 billion in investments by BNSF customers in 2017, expected to generate 3,500 new jobs in all.

The only other Class I shovel-ready certification program belongs to CSX, which last summer named the 3,009-acre South Alabama Mega Site in Bay Minette in Baldwin County as its 23rd CSX Select Site, a program run since 2012 in partnership with Cleveland-based Austin Consulting. To receive CSX Select Site designation, the location must meet a rigorous list of criteria, including infrastructure and utility availability, environmental reviews, appropriate zoning and entitlement, rail serviceability, proximity to highways or interstates, and other attributes.

The South Alabama Mega Site is certified by the Economic Development Partnership of Alabama's Advantage Site program and is the third site in the state to be designated a CSX Select Site.

"This site is strategically located between Mobile and Pensacola on CSX's main line, connecting the site to major consumer markets from the Gulf to the Midwest, and even international markets through the Port of Mobile," said Clark Robertson, vice president of business development and e-business for CSX. "Earning Select Site status means this site will be pivotal in the region's growth, as companies seize the opportunity to swiftly set up operations and leverage the efficiency of freight rail." 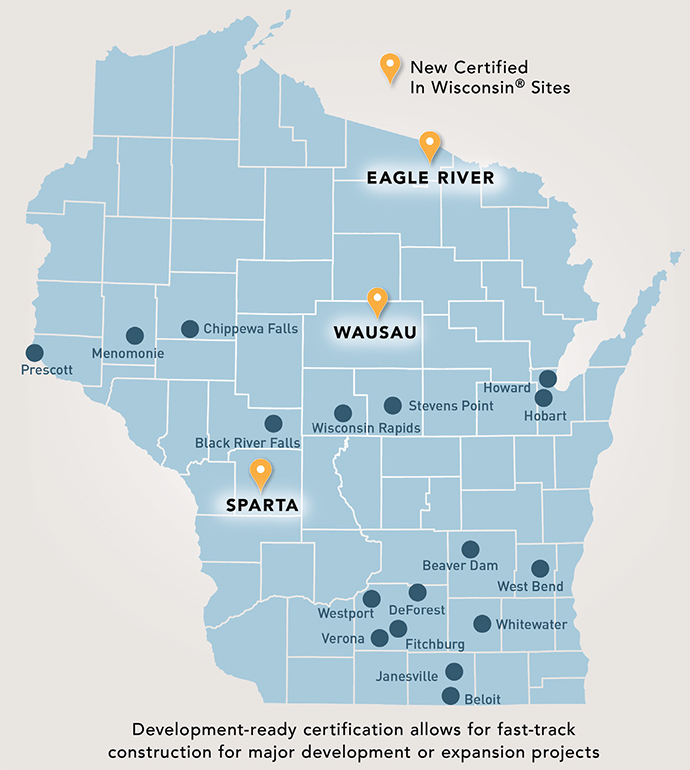 Finding the perfect location to move or expand a business is difficult enough without the introduction of potential deal-breaking "unknowns." And, with the tight timelines and budgets associated with new development, what you don't know CAN hurt you. That's why the Wisconsin Economic Development Corporation (WEDC) developed the Certified In Wisconsin® Program—to provide site selectors and business owners the confidence that comes with knowing that a location meets their specifications.

"Pre-certifying a site enables companies in Wisconsin and around the world to find the best location for their expansion with the knowledge that they can begin building quickly," said Tricia Braun, deputy secretary and chief operating officer of WEDC.

For a property to gain designation as a Certified Site, critical site attributes such as price, availability of utilities, transportation options and environmental standing are closely reviewed. Ensuring these standards are in place also helps give prospective buyers peace of mind.

Eagle River
Located in northern Wisconsin, this Certified Site comprises 21 acres and is within 45 minutes' driving distance of a population of 49,000 and 3,600 businesses employing more than 31,300 workers. Industries that employ people locally include manufacturing, construction, government and health services. Nicolet Area Technical College, located 35 minutes from Eagle River, provides education and workforce training, offering more than 70 different degree programs. The site is also less than five minutes away from Eagle River Union Airport, Northland Pines High School, World Championship Derby Track and Ascension Eagle River Hospital. The combination of recreation features and Certified Site designation is a truly unique blend of attributes that will appeal to companies as well as the employees they hire.

Wausau
This 41-acre Certified Site is about eight miles west of downtown Wausau and less than five miles from Interstate 39. The site is about 20 minutes away from the Central Wisconsin Airport in Mosinee and an hour away from the Rhinelander-Oneida County Airport. Wausau also is home to a Northcentral Technical College campus that offers local training and educational opportunities and to the University of Wisconsin-Marathon County.

The site is zoned for industrial uses, including manufacturing and assembly operations; general fabricating and processing; and research laboratories and facilities. Among the major employers at the Business Campus already are Wausau Window and Wall Systems, Foot Locker/Eastbay and Linetec, along with many growing small businesses. Great Lakes Cheese Co. is now building a 170,000-square-foot, $100 million facility adjacent to the Certified Site. That project is expected to be completed by January.

Sparta
With fully improved lots ranging in size from one to 120 acres, the 114-acre portion of South Pointe Business Park in Sparta certified by WEDC as "development-ready" provides convenient access to I-90 and Highway 27, and boasts community storm-water retention that is included with each parcel. The site, which is zoned for manufacturing, is also about half an hour away from the La Crosse Regional Airport.

Proof positive
Twenty-one projects have been completed or are underway on Wisconsin's Certified Sites since the program started in 2013, creating as estimated 2,300 jobs and generating nearly $400 million in capital investment.

The Certified In Wisconsin Program is just one of many solutions Wisconsin offers to help businesses maximize their success in the state.

More information about Wisconsin's business development resources can be found at InWisconsin.com. 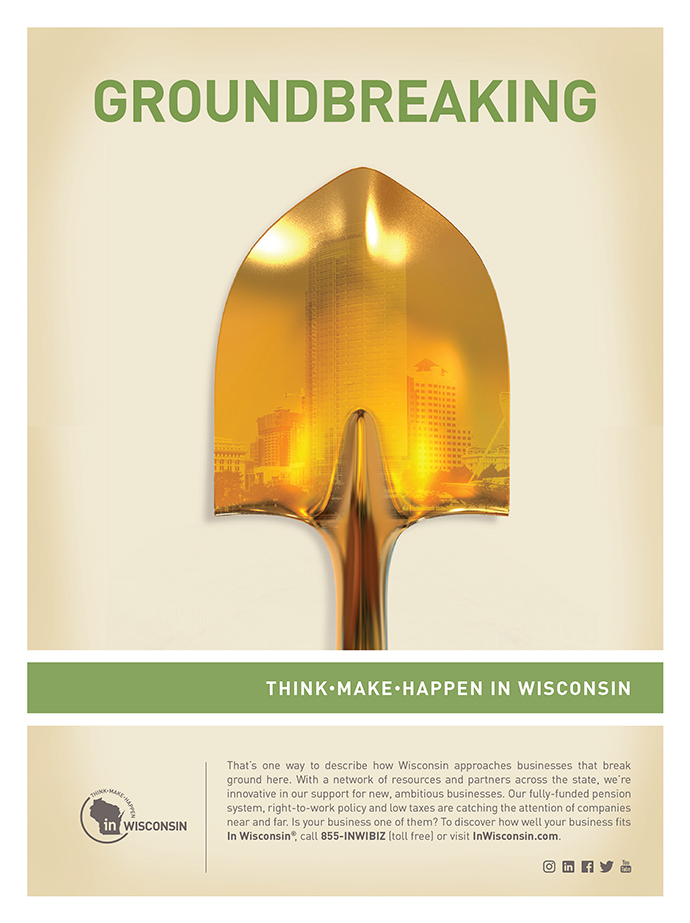 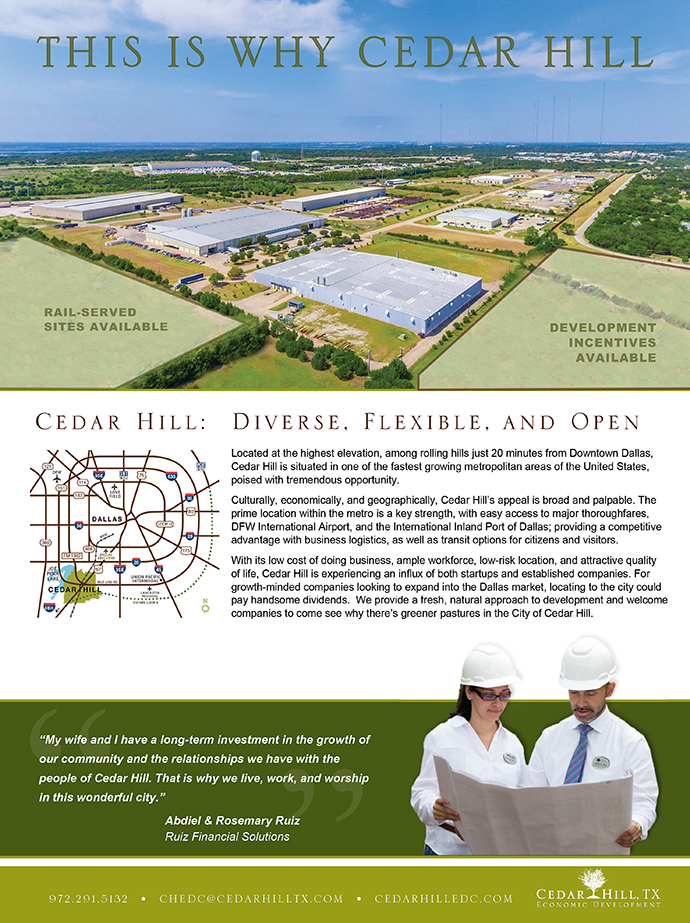 Located in the heart of North Carolina’s manufacturing region, the Greensboro Randolph Megasite has garnered the recent attention of advanced manufacturing companies from throughout the world. This 1,825-acre site is situated just outside of Greensboro in Randolph County, an area with a world class workforce and a transportation system that boasts easy access to highway and rail and ultimately on to coastal ports and air hubs that allow for quick shipping to the United States and throughout the world.

The Greensboro Randolph Megasite was recently a finalist for the new Mazda-Toyota manufacturing facility along with a site in Huntsville, Ala. In the span of six months, the site was subjected to a highly detailed review by the Toyota-Mazda team and its site location consultants at JLL.

“While our client ultimately selected another site, the Greensboro Randolph Megasite came in a very close second,” said Meredith O’Connor of JLL. “The site is ready for a big user, and we were impressed by all of the planning that has gone into the site. It is only a matter of time before a company lands there.”

All the Elements for Success

The megasite is adjacent to an interstate quality (four-lane, divided) highway and is minutes from Interstates 40, 73, 74, 77 and 85, providing both east-west and north-south transportation options. A Norfolk Southern rail line runs along the site’s northern boundary, providing quick access to coastal ports in North Carolina, South Carolina and Virginia.

Served by Duke Energy and Piedmont Natural Gas, the megasite has the fuel needed to power any advanced manufacturing facility. Abundant water and sewer capacity is provided by the City of Greensboro, and fiber telecommunications lines exist on site.

The finest quality of the megasite, however, may be access to a large, qualified workforce. More than 100,000 area residents work in manufacturing, and the community boasts an incredible training regimen for new workers, including a robust regional apprenticeship program.

“We have assembled all of the elements needed for the success of a manufacturer, and we are ready to partner with a company to meet their growth needs,” said Brent Christensen, President of the Greensboro Chamber of Commerce.

To learn more about the Greensboro Randolph Megasite, visit greensboro-randolphmegasite.com or call (336) 387-8300. 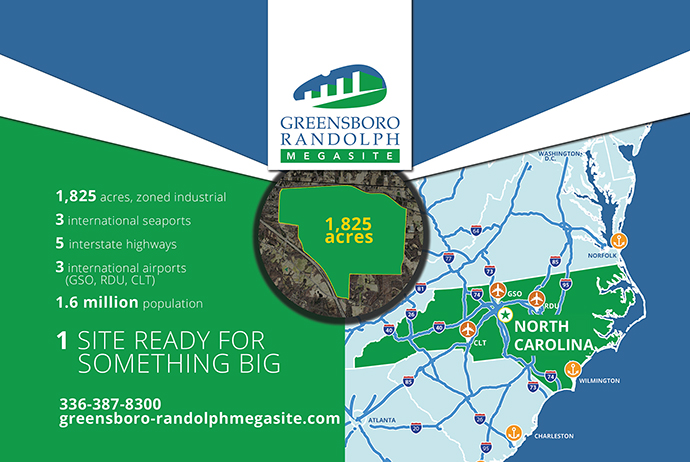 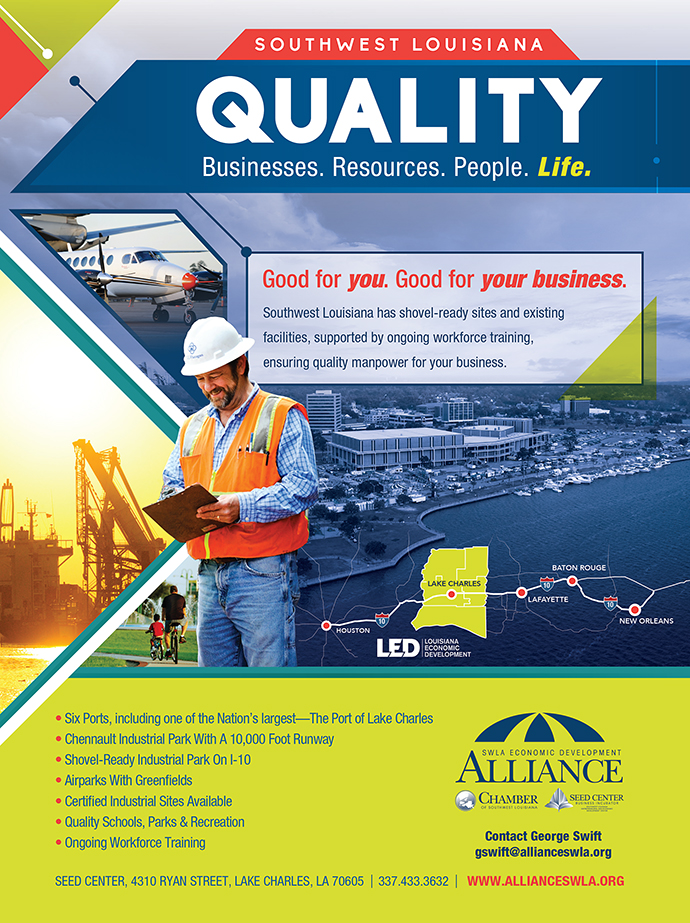 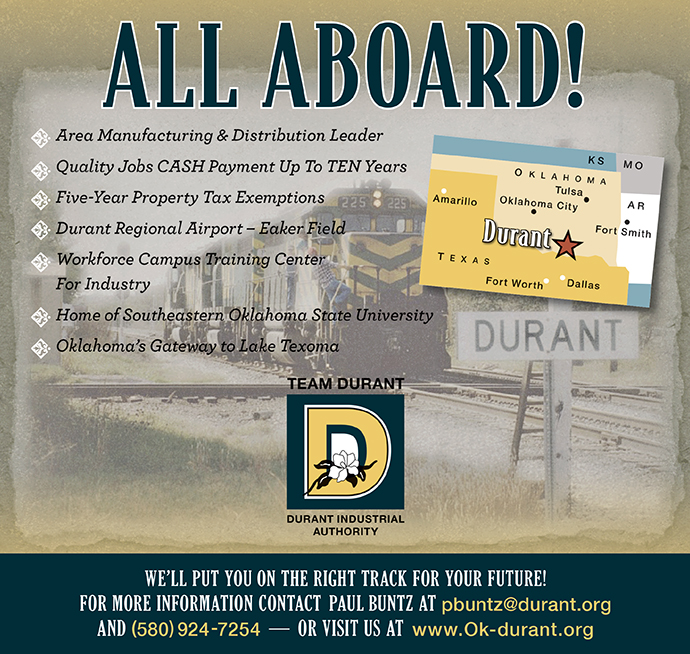