Great Works in the Works

Interested in investing in or benefiting from new South American infrastructure? Here’s the lowdown on the first half of what will be $23 billion in projects aiming for completion by 2027. 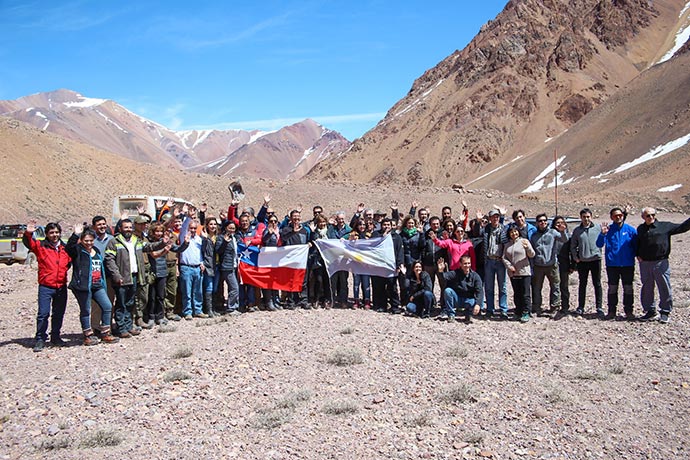 In September 2017, more than 50 officials from Argentina and Chile visited the site of the Agua Negra Tunnel at the border of the two countries. It’s one of the dozens of long-term infrastructure projects that comprise the Integration Priority Projects Agenda for the South American Infrastructure and Planning Council (COSIPLAN).
Photo courtesy of COSIPLAN
by ADAM BRUNS

Envisioned at the turn of this century as encompassing 581 infrastructure projects totaling $191 billion across 12 countries, the Integration Priority Projects Agenda (API) for the South American Infrastructure and Planning Council (COSIPLAN) of the Union of South American Nations (UNASUR) has been revised, in order to prioritize the completion of the most important major projects by 2022, and another batch of 12 projects (valued at $12 billion) by 2027.

The map presents information on the API 2022 list: 14 structured projects that comprise 42 individual projects within them, involving an investment estimated at more than US$11 billion. 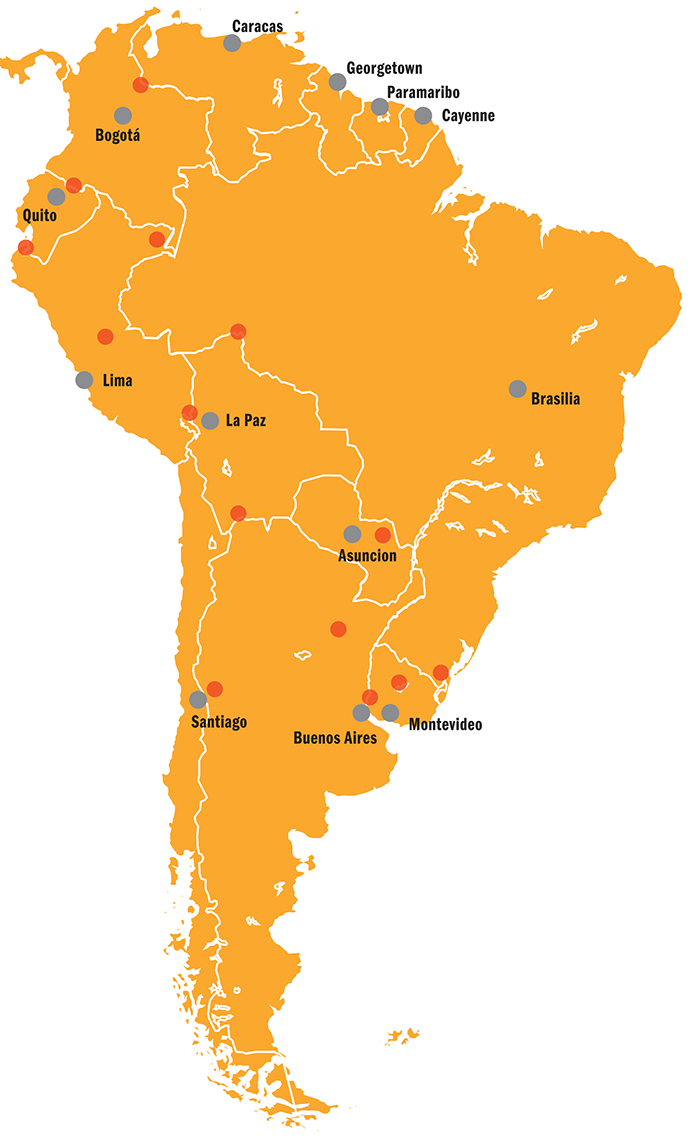 Colombia – Ecuador Border Interconnection $319M
Colombia-Ecuador
Colombia and Ecuador strengthen their trade integration through the modernization of the Tulcán-Ipiales Border Crossing, the main point of connection between both countries.

Autopista del Sol Expressway: Improvement and Rehabilitation of the Sullana – Aguas Verdes Section $666M
Peru
The increase in the capacity of the Northern International Expressway will improve road connection between northern Peru and southern Ecuador, providing continuity to the significant flows of people and goods that currently travel along it and enhancing the competitiveness, traffic smoothness and safety in the main integration corridor between both countries.

Callao – La Orolla – Pucallpa Road, Ports & Waterways $2.6B
Peru
Also known as the Central Branch of the Amazon Hub, this is the most important multimodal connection in Peru.

Infante Rivarola – Cañada Oruro Border Crossing $1.9M
Bolivia-Paraguay
This infrastructure is part of the investments that have been made in recent years to strengthen the Santa Cruz de La Sierra-Asunción and Tarija-Asunción hubs, including road improvement and rehabilitation works.

Optimization of the Cristo Redentor Border Crossing System $1B
Argentina-Chile
The optimization of the main border crossing shared by Argentina and Chile, located at the high altitude of 3,200 meters (10,500 ft.) will improve border services, speeding up immigration processes and customs procedures.

Northeastern Argentina Gas Pipeline $1.87B
Argentina
With the construction of this pipeline, the country will provide natural gas to four provinces that currently lack gas supply, thus benefiting more than 3.4 million people.

Nueva Palmira Beltway, Upgrade of the Direct Influence Road Network and Port Access Roads System $15M
Uruguay
The consolidation of the port of Nueva Palmira as the main port for bulk shipments of the country and as the hub port of the Paraguay-Paraná waterway has exponentially increased port operations, which has had an impact on the daily dynamics of the city and its inhabitants.

Paita – Tarapoto – Yurimaguas Road, Ports & Waterways $310.5M
Peru
With the consolidation of this important multimodal connection in northern Peru, the economic integration of primary production areas in the rainforest and the sierra with the industrialized cities and ports on the Pacific coast will be strengthened.

Porto Velho – Peruvian Coast Connection $48M
Brazil
With the progress in the construction of the bridge over the Madeira river, Brazil provides a fundamental link to strengthen physical integration with Peru.

Itaipu – Asunción – Yacyretá 500-kV Transmission Line $852M
Paraguay
In 2018, with the completion of the Yacyretá-Ayolas-Villa Hayes interconnection works, Paraguay will double its power grid by 500 kV, which will provide stability and security to its National Interconnected System, also ensuring access to its total share of the production of electric power in the Yacyretá Binational Hydroelectric Plant.

Construction of the Jaguarão – Río Branco International Bridge $93.5M
Brazil-Uruguay
The construction of the new international bridge between Brazil and Uruguay will improve connectivity along the Montevideo-Porto Alegre Corridor, the main trade road between both countries and one of the most important in MERCOSUR, accounting for 60 percent of total foreign trade between the two countries.

Argentina – Uruguay – Brazil Railway Corridor $367.2M
Brazil-Uruguay
With the rehabilitation of three branches, railway transport in Uruguay will become an interesting alternative for the transport of cargo in the Montevideo-Rivera hub and to the ports of Salto, Paysandú, and Fray Bentos, on the Uruguay river.