Where to Establish an MRO Beachhead in the Asia-Pacific Region

How a local American Chamber of Commerce Aerospace Council paves the way. 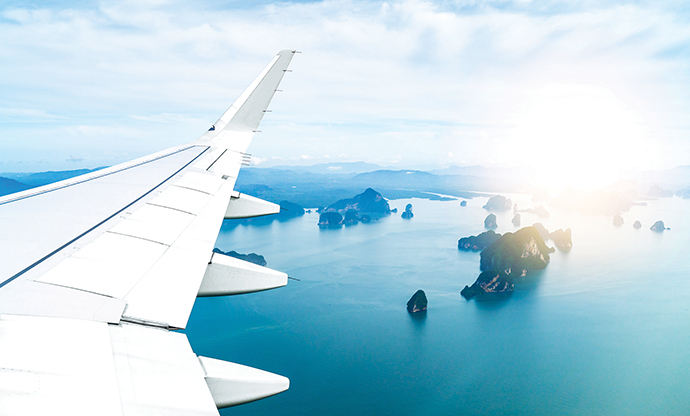 There are resources available for those in the aerospace and MRO sectors looking to de-risk their touch-down in Thailand.
Photo: Getty Images
by JOHN BRASCH & JIM GRUNEWALD

Over the next two decades, Asia-Pacific airlines are forecast to account for 38 percent of total new commercial aircraft orders, according to a Boeing long-term forecast. This makes the region a key growth market for such commercial aerospace manufacturers as Boeing, Airbus, Rolls-Royce and Pratt & Whitney, among others.

"The Asia-Pacific's aviation industry has experienced remarkable growth over the past decade," reports Rajiv Biswas, Asia-Pacific chief economist at IHS Markit Company. "In fact, the number of Asian airlines now totals over 230, with an estimated 27 percent of the world commercial aircraft fleet. APAC also accounted for around 28 percent of international and 40 percent of domestic scheduled air passenger traffic last year."

This and other analysis point to an aerospace sector poised for even more growth in Asia. But less evidence can be found of U.S. aerospace companies that are positioned to capture market share by having a regional presence. 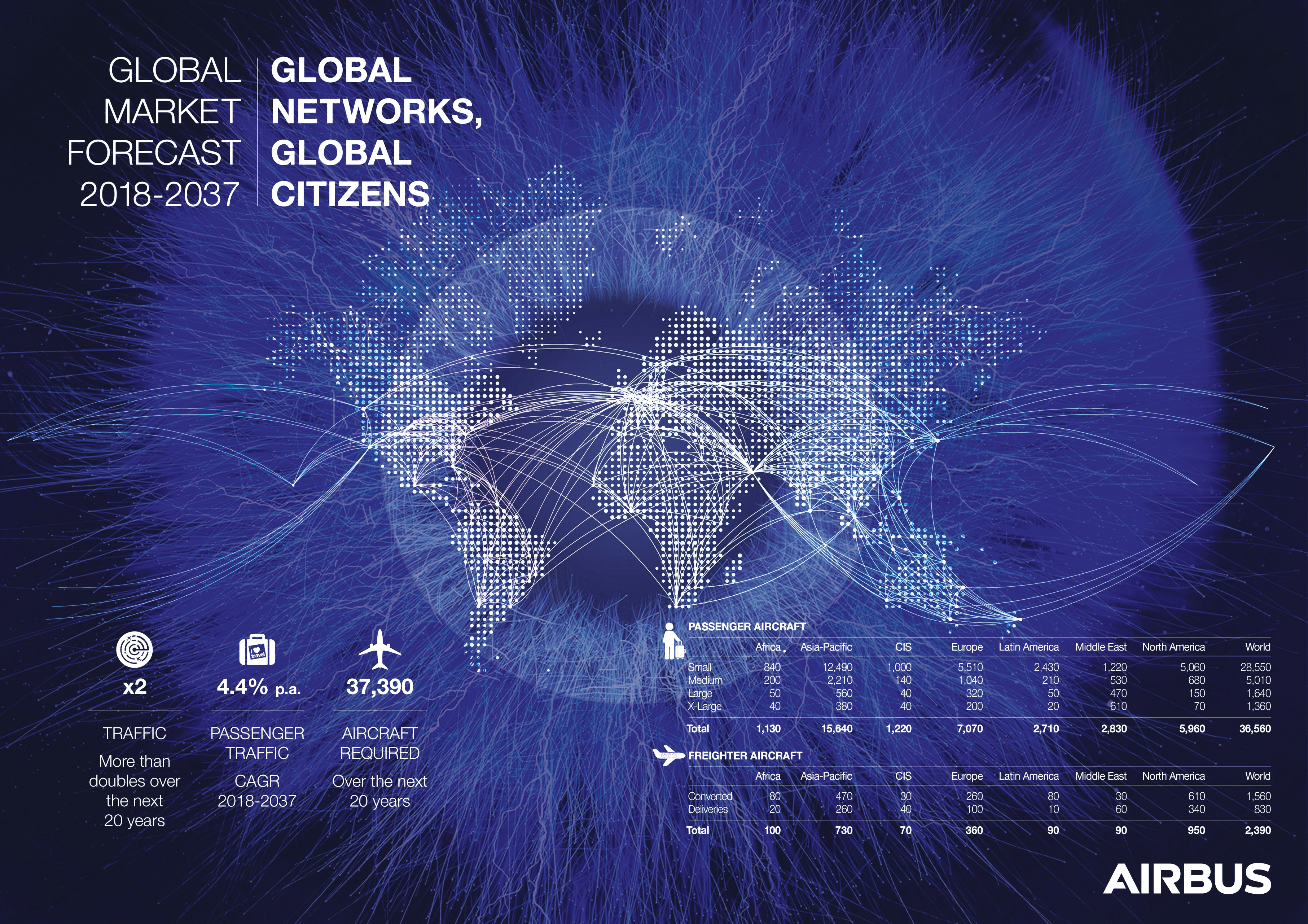 Long-range forecasts from both Airbus and Boeing show how important the Asia-Pacific will be over the next 20 years. 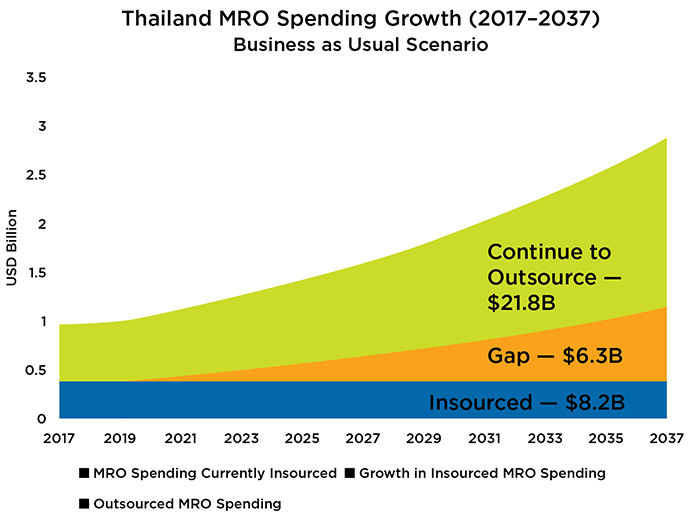 The Aerospace Council of the American Chamber of Commerce in Thailand wants to change that. Its membership is business leaders who have "cracked the code" and are currently working in the region. The Council supports and promotes aerospace-oriented industries and projects in the region by improving government-to-industry relationships, increasing understanding of U.S. and Thailand/ASEAN aerospace regulations and increasing member companies' ability to compete for business.

The Royal Thai Government (RTG) Board of Investment (BOI) makes available significant incentives to attract foreign aerospace investment. But there is little understanding on the part of non-Asian investors about what it takes to establish, operate and sustain a successful aerospace enterprise in Thailand.

They often don't know where to begin when it comes to greenfield operations in foreign locations. At the onset, the perceived risks can often outweigh the apparent gains. Both are perceptions that need to be turned to facts. Unlike the electronics or automotive industry, fewer than a half a dozen in the U.S. aerospace community have "been there and done that" in Thailand in any meaningful way. For most, it's a leap of faith. How does one take that leap of faith and turn it into a calculated business decision? Thailand is not a low-cost market (LCM) venture for a U.S.-based operation to service the U.S. market. Rather, with all the advantages the Thai government has laid out and the market access that this location has to offer, Thailand is the best location from which to capture the MRO "aerospace business of Asia" in Asia. 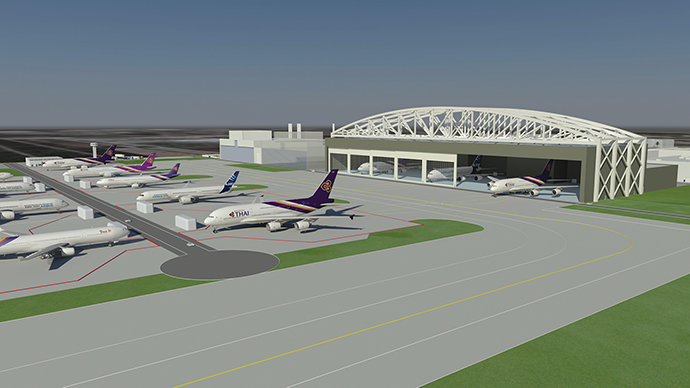 Many investors have qualms about doing business in Asia due to real or perceived notions surrounding business practices. There can be a "perceived feeling," or real lack of "business trust" in Asia. In Thailand, however, an investor can establish a wholly U.S. owned business or engage a Thai partner to reduce cultural risk.

This requires numerous visits by corporate decision-makers, taking them away from their primary business responsibilities in the U.S. This is one area where the Aerospace Council committee and the experience of the membership can assist. Without the travel, it can answer questions about to measure variable costs, for example, and what it actually costs to run a business in Thailand. These are Council members' core competencies.

Expertise for the Taking

The Thai government's ministerial offices will be helpful in fielding questions, too, but Council members have been through the process of establishing aerospace operations in Thailand. Take advantage of their expertise in such areas as business license options and the advantages and disadvantages of each; builders and the sourcing of suppliers for construction; certifications — ISO, DCAA, FAA, EASA and NADCAP; regulations and compliance with the BOI, Customs, environmental and taxing entities; workforce, including engineers and skilled labor; product training; financial services; and questions of process and product line scalability that immediately come into play upon market entry.

The objective, again, is not to export American jobs overseas to take advantage of lower labor costs. Airlines in the region want to work with local partners — logistics suppliers and other service providers. A physical presence in Thailand makes it possible to take advantage of the booming Asia-Pacific aerospace market. The AMCHAM Aerospace Council will facilitate every step of the way.


Expansions Get Under Way at Virginia, Texas Spaceports 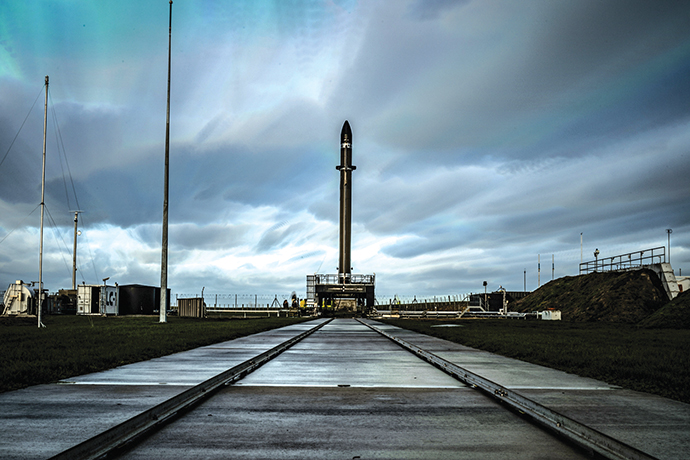 Rocket Lab, a California-based company, has chosen Virginia Space and the Mid-Atlantic Regional Spaceport as the location for Launch Complex-2 (LC-2), Rocket Lab's first launch facility located in the United States. The company develops and launches advanced rocket technology to provide rapid and repeatable access to orbit for small satellites. Already launching from its facility on the Mahia peninsula of New Zealand, LC-2 will help Rocket Lab meet growing launch demand from commercial and government customers.

Construction will begin immediately for Launch Complex-2 and a Launch Vehicle Integration and Assembly Facility at the Mid-Atlantic Regional Spaceport (MARS), which will be located nearby in Wallops Research Park. The space complex is located on the Eastern shore of Virginia, on the Delmarva Peninsula.

"The development of Rocket Lab's Launch Complex-2 strengthens our existing position as the industry leader providing frequent and tailored access to orbit for small satellites," said Rocket Lab Founder and CEO Peter Beck. "Launching from U.S. soil adds an extra layer of flexibility for our government and commercial customers, offering an unmatched ability to rapidly deploy space-based assets with confidence and precision."

Rocket Lab will launch its 57-foot-tall (17-meter) Electron rocket from LC-2, the dedicated launch site to be constructed at MARS. The Electron rocket can launch approximately 500 pounds (225 kg.) of payload to orbit. The rocket launch industry has shifted recently as commercial spaceflight has matured and satellites have gotten smaller and less expensive to manufacture. The first Electron rocket to be launched from the Virginia site is slated for summer 2019.

"We are pleased with Rocket Lab's decision to launch its Electron rocket from Wallops," said NASA's Wallops Flight Facility Director Bill Wrobel. "Wallops, as a multi-tenant, multi-user facility, has been supporting the commercial launch industry for more than 30 years and, partnering with Virginia Space and its Mid-Atlantic Regional Spaceport, we look forward to continue this effort with Rocket Lab."

The Launch Vehicle Integration and Assembly Facility to be located in the Wallops Research Park (WRP) will be designed and built to accommodate the simultaneous integration of three to four Electron vehicles, will contain a control room with connectivity to LC-2 and will include customer office and conference room space. This new facility, in tandem with the purpose-built gantry located at LC-2, will provide dedicated vehicle processing capability and flexibility to meet Rocket Lab's launch cadence.

Meanwhile, the Houston City Council has approved more than $18.8 million in funding for Phase 1 of the Houston Spaceport project at Ellington Airport. The completion of work on the design-build agreement with Texas Sterling-Banicki, JV LLC will provide infrastructure vital to the development of the 90 acres (36 hectares) set aside for Phase 1, including streets, water, wastewater, electrical power distribution facilities and communications facilities necessary to attract future development.

Granted the 10th commercial spaceport license in June 2015, the Houston Spaceport will become a focal point in the region for aerospace operations, such as the launching of micro satellites, astronaut training, zero gravity experimentation, spacecraft manufacturing and a host of other potential activities.

"Houston offers a booming economy with a strong aerospace industrial base, a well-educated workforce with experience in the high-tech demands of space exploration and plenty of room for growth at a strategically located airport facility," said Houston Mayor Sylvester Turner. "The Houston Spaceport project looks to the future and embraces our city's spirit of adventure and innovation."

Phase 1 of the Houston Spaceport project will offer tenants and partners a unique environment in which to collaborate as well as an operational platform to achieve critical business objectives. By housing organizations from across several industries and disciplines on one campus, the 10th licensed commercial spaceport located in the United States will foster and accelerate key aerospace engineering activities, including:

Construction in Phase 1 will eventually include a co-working space located near the Houston Aerospace Support Center, as well as land for several aerospace companies, and more. Innovation is at the very heart of aerospace and the core of the Houston Spaceport project. The innovative enterprise is designed to support growth and expansion across a highly diverse range of industry clusters, like drone technology, and foster and accelerate key aerospace engineering activities like component and composite development and fabrication and beyond.

The majority of the funding — more than $13.1 million — will go to pre-construction and design services, and construction phase services. Funding for the project will come from the Houston Airport System Airport Improvement Fund. 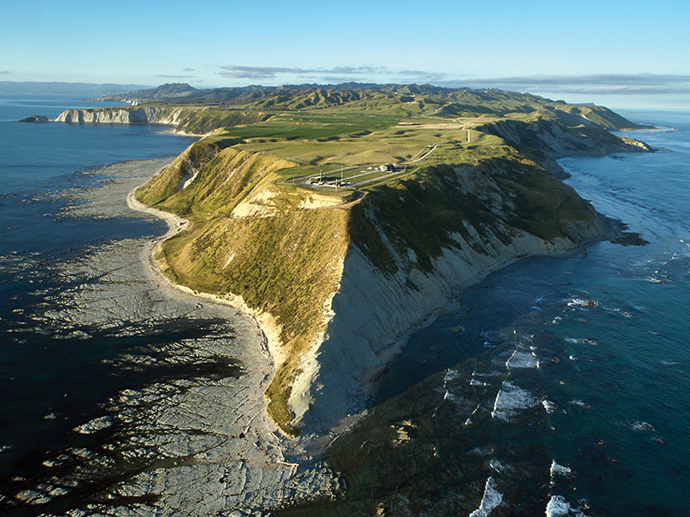 Rocket Lab’s first launch complex is in the Asia Pacific, on the Mahia peninsula of New Zealand.
Photo courtesy of Rocket Lab