Amping up engagement with the C-suite nurtures home-grown business expansions. 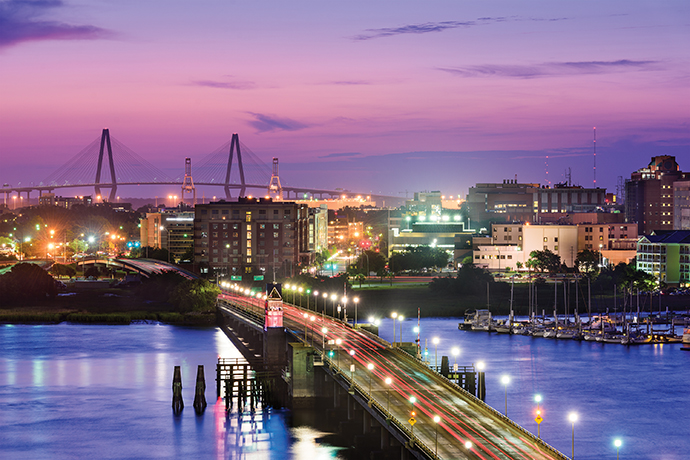 Among successful economic developers it has become a truism that attracting new businesses, while sexy, pales in value in comparison to retaining existing companies and helping them grow. It's easier and less expensive to keep an existing business than to recruit a new one, and the rewards can be enormous.

"Eighty-five to 90 percent of our growth is expansions as opposed to attractions," says John Urbahns, executive vice president for Greater Fort Wayne, Inc., which promotes economic development in an 11-county area of northern Indiana.

Face-to-face meetings with C-suite executives remain the bread and butter of any retention effort. Beyond that, development agencies are crafting individual strategies that play to their region's strengths and shore up weaknesses, with an increasing emphasis on demonstrating support for the needs of individual enterprises.

Charleston County won a major prize in October when MAHLE Behr, a supplier to the automotive industry, announced plans to add a new assembly line to its facility in North Charleston. The $36-million investment is projected to create 115 jobs.

"We always love to see new companies locate in North Charleston, but nothing tops seeing an existing company expand their operations within our city," said North Charleston Mayor Keith Summey.

Charleston County Economic Development (CCED), with a staff of 11, devotes two full-time specialists strictly to business retention and expansion. Another staffer kicks in part-time, while executive director Steve Dykes oversees the operation. Dykes says the focus on retention has "paid off in spades."

Since 2013, 26 existing companies have launched expansions in the Charleston region representing $674 million in capital investment and 3,216 jobs. Coming on the heels of a record 17 expansions in 2017, Charleston had accumulated a dozen more through the first 10 months of 2018, accounting for $80 million of investment.

The heart of CCED's retention strategy is its award-winning "Business Concierge Program," which caters to the needs of local industries. Jennifer Brown, CCED's director of business retention, calls herself a "case worker" on behalf of area businesses.

"Once a company chooses Charleston County," Brown tells Site Selection, "we hold their hands for the life of the company. We keep tabs on our companies and help where we're needed. Nothing is too large or too small. If they need welders, we can help them with that. If their parking lot's flooded or there's a tree down and they don't know who to call at the city, we'll fix that for them."

In some cases, the best offense is a good defense.

"We've had more than one occasion," says Dykes, "where we pulled one out of the fire, so to speak — where we had local leadership at a company reveal to us that there were plans afoot that could jeopardize their existence or pull them off to another city or even another country. And we've been able to intervene and stave off that type of thing."

Another loud validation of the CCED strategy occurred in September, with the completion of an expansion by Mercedes-Benz Vans, which came to North Charleston in 2006. The $500-million project is projected to create some 1,300 new jobs, with suppliers adding an estimated 600 jobs around North Charleston.

Bowling Green, Kentucky, is a perennial top-10 finisher among Site Selection's Top Metros with populations under 200,000. In 2017, the city tied for second, and for the first 10 months of this year, Bowling Green ranks first in the nation for business expansions per capita.

Ron Bunch, president and CEO of Bowling Green Area Chamber of Commerce, initiated a heavy emphasis on business retention when he took the job nine years ago.

"One of the first things I did when I came on board," Bunch says, "was to put existing business retention and expansion programs directly under my leadership." He devotes some 70 percent of his time to retention and talent development, which he considers to be inextricably linked. "Our focus on talent," he says, "is our number one tactic for what we do in economic development. That's what will determine the strength of our existing companies."

The Chamber tracks and publicizes job openings and runs a training consortium that can craft instructional classes for businesses on demand.

"Pretty much anything they want," says Bunch, "if we can build a class for at least 15 people, we will procure it and offer it."

The Chamber raised $1.5 million to launch The Leader in Me in public schools in 2011 to teach leadership skills sought by employers to all K-12 students. Last year, the Chamber and local school systems kicked off SCK Launch, which aims to instill hard skills to make high school graduates immediately employable in a number of sectors.

"SCK Launch can help us identify talent in high schools for hiring as soon as students graduate," says Steve Minns, president of the Bowling Green division of Illinois-based Reinhart Foodservice. Reinhart in August launched a $14.2-million expansion of its Warren County operations, and expects to add 50 workers to its current staff of 100.

For a city of 265,000, Fort Wayne, Indiana, has punched above its weight this year. With six qualifying expansions gleaned from the Conway Projects Database, Fort Wayne ties for fourth in expansion projects per capita.

Fort Wayne's biggest business retention challenge, Urbahns says, is one common to the Upper Midwest: demographics. The city's population, he says, has been growing at a paltry 0.7 percent, which exacerbates prevailing workforce issues.

"Talent is a big challenge for our employers," says Urbahns. "We're focused heavily on domestic migration issues to try to position the community as a place where people want to come as opposed to a place people want to move away from. We've made a lot of efforts on quality-of-place improvements within our community because we feel that's a major piece of migration."

Parkview Field, completed in 2009 as a home for the Fort Wayne Tincaps of minor league baseball, has served as a catalyst for downtown renewal, spurring a mini-housing boom.

"We've seen about $350 million of investment since the ballpark went in, with buildings being improved and new ones being built," says Urbahns.

Fort Wayne has turned its attention toward the summer of 2019, and the planned opening of the first of three phases of a $20-million public space along the St. Marys River. Minnesota's Continental Property Group is planning a $62-million residential and commercial development along the St. Marys riverfront, characterized by Mayor Tom Henry as "a point of destination for economic development opportunities, job growth and quality-of-life amenities that are attractive to businesses, individuals and families."

"When we go out and talk to companies, we talk to them not just about their business, but we give them a sense of what's going on in the community and the ways that they can get involved. We feel as though we're starting to turn a corner."