Coming Back for More

Projects on opposite sides of the Atlantic show how data centers can fortify regions in more ways than one. 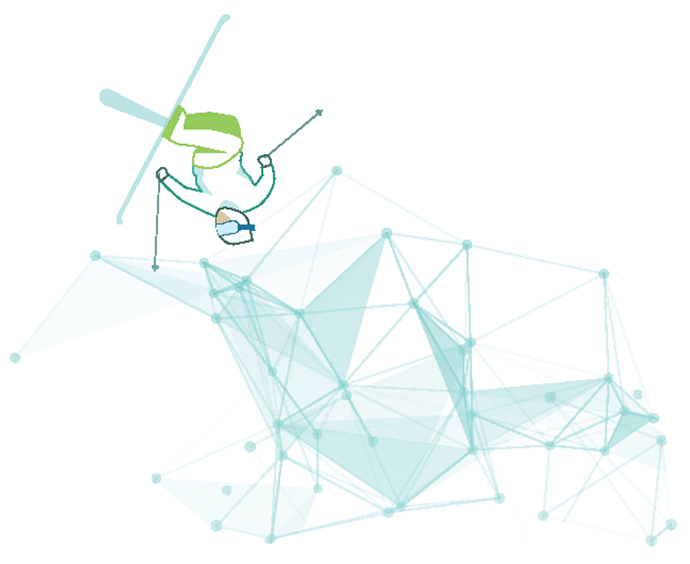 When it comes to major enterprise data center investment, Virginia and Sweden have a common pro-business attitude, even if they're separated by 20 degrees in latitude.

Most would call Northern Virginia the data center capital of the U.S., though challenges to the region's supremacy are coming from places such as Dallas-Ft. Worth, Phoenix, Atlanta, Chicago and Silicon Valley. But the latest Virginia project is landing in Henrico County (Richmond region), where Facebook in September followed up a $1-billion commitment in 2017 with a pledge to invest another $750 million, growing the site from two buildings to five. Facebook anticipates that the expanded site will support over 200 jobs once operational and will represent more than 1,500 construction jobs at peak.

That sort of incremental build-out (to an area's tax base as well as the end-user's complex) is one reason some economic developers loath to target data centers because of their usual low job numbers might be rethinking that approach. Even non-megadeals still bring ample benefits — more so when the property has a high-tech legacy in need of a facelift. That's the case at White Oak Technology Park, where Infineon once made semiconductor chips on a former Motorola and Qimonda site, but closed in 2009, laying off thousands — QTS now operates a data center on that property. Facebook's parcel is adjacent. In addition to solar development targeted for Facebook's development, Henrico County's Board of Supervisors voted to lower the tax rate on data centers from $3.50 per $100 to $0.40.

"We are committed to investing in the economic vitality of the communities that host us," said Matt VanderZanden, director of site selection at Facebook, in September.

What were the most important site selection factors that led Facebook to choose Henrico County, Virginia, for this large data center investment, both last year and this year?

Melanie Roe: The Henrico County location offers a lot of the items we look for when selecting a site for a data center. This specific location — similar to Papillion, Nebraska — offers excellent access to fiber, as well as good water and sewer infrastructure. Virginia also offers access to renewable energy resources, a strong pool of talent and a great set of community partners.

What role will renewable power play in your ongoing development of this project site?

What role, if any, did incentives play in the original deal in Virginia and this latest one?

Roe: Tax incentives are a standard part of competitive site selection efforts such as this. The Commonwealth and County provided incentives and contributed to public infrastructure improvements to support the project. We are investing hundreds of millions of dollars in the project, which we anticipate will support thousands of construction jobs and dozens of long-term operational jobs in the region.

In cloud lingo, it's all about availability zones. IBM Cloud, for example, continues to build out its 60-location cloud footprint with 18 new availability zones in high-demand centers in Europe (Germany and UK), Asia-Pacific (Tokyo and Sydney), and North America (Washington, DC, and Dallas, Texas). Its definition?

"An availability zone is an isolated instance of cloud inside a data center region, with independent power, cooling and networking to strengthen fault tolerance," Big Blue says. 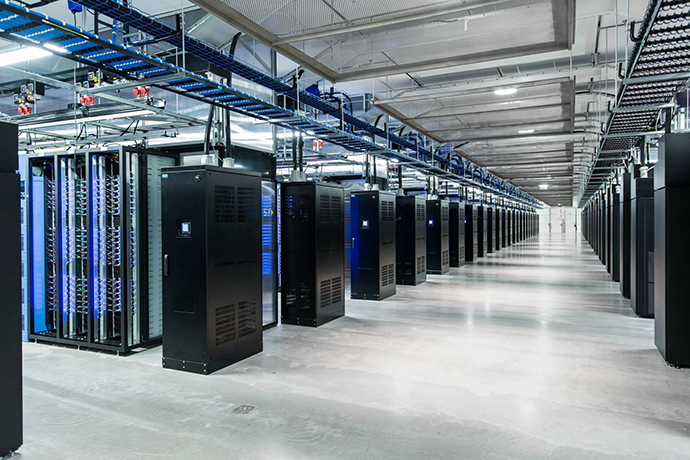 For skiers, the availability zone applies to length of slope and depth of snow. In the Stockholm region, one data center's big dig will help make this coming ski season's downhill runs just a little bit longer. Eskiltuna is one of three Swedish locations receiving major investment from Amazon Web Services (AWS), which announced a new AWS Region in Sweden in April 2017.

"This will be the fifth AWS Region in Europe, joining four other Regions there — Europe (Ireland), Europe (London), Europe (Frankfurt) and an additional Region in France expected to launch in the coming months," blogged Jeff Barr of AWS in April 2017. "Together, these Regions will provide our customers with a total of 13 Availability Zones (AZs) and allow them to architect highly fault tolerant applications while storing their data in the EU."

It just so happens that the nearby Vilsta ski area was approved in spring 2017 to raise its slope, but only if non-polluted material was used for fill. The material AWS was removing for its data center was perfect. Now the slope will be 30 meters longer, and also allow for the building of a slope for giant slalom with five to seven more turns.

"We will save five to six years of work by using the masses from the AWS construction and be able to make the Vilsta slope more attractive to visitors," said Magnus Nilsson, president of Tunafors Ski Club. Moreover, the expansion will allow division of the slope into one run for all levels and another for professional skiers.

"We are delighted that our investment in an AWS Region in Stockholm will help the Eskilstuna municipality's aspirations for a new ski slope become a reality," said Guido Bartels, managing director, AWS Nordics and Baltic region, last year.

"Investments are not just about job creation and economic effects. They can also have a huge positive impact on the local community," said Tomas Sokolnicki, head of Data Centers by Sweden, Business Sweden, before engaging in punsmanship: "Building a higher ski slope is just one way that investments can create a real 'snowball effect.' "

Christina Bergstrand of Business Sweden says 170,000 cubic meters have been removed from the building of the AWS data center, transferred to the ski site in 7,000 loads. "The ski lift is being built and everything is expected to be ready [by the] beginning of next year in January or February," she says, noting that the municipality is nearly doubling its water extraction request to make snow. After all, snowmaking, like data center operations, requires significant water use.

As for the AWS strategy, a company spokesperson says Nordic customers were early adopters of the cloud, and that is one of the reasons AWS has steadily increased its presence in the Nordics over the past 12 years. AWS got its first physical presence in the Nordics in 2011, by opening a Network Edge Location in Stockholm, and in 2014, AWS opened its first Nordic office in the same city. In 2015, AWS expanded the presence in the Nordics, opening an office in Espoo, Finland as well as the first Network Edge Location in Helsinki. Then came the company's first Nordic infrastructure region in Stockholm. The AWS Stockholm Region, which will consist of three Availability Zones from the start, is planned to open this year, as the company also opened the first AWS office in Copenhagen, Denmark, as well as adding three new Network Edge Locations (Stockholm, Oslo, and Copenhagen). AWS is continuing this growth and is far from done expanding in the Nordics, says the spokesperson.

Bergstrand says the AWS projects in the region — where the company touted a vibrant startup culture already — have increased interest from companies, including "more international companies curious about the regions." The heightened level of interest coincides with an influx of new residents and tourists from such varied locations as India, Spain, Canada, the U.S. and Ireland. Meanwhile, AWS launched its Pop-Up Loft — a temporary event and community space — this past summer, and its summit in Stockholm had 4,000 visitors — four times more than in 2017.

Business Sweden's Bergstrand says US$3 billion has been invested in data centers in the Nordics, with Sweden accounting for around a third of that growth and a sunny outlook ahead.

"We cut the tax on electricity in Sweden a year ago, which has increased the international interest for locating data centers in Sweden — in fact without the tax cut we would not have been competitive," she says. "But with that said, it's the Swedish energy grid and the stability and security in our network that make us unique. Companies want to be able to grow without having to use diesel generators." 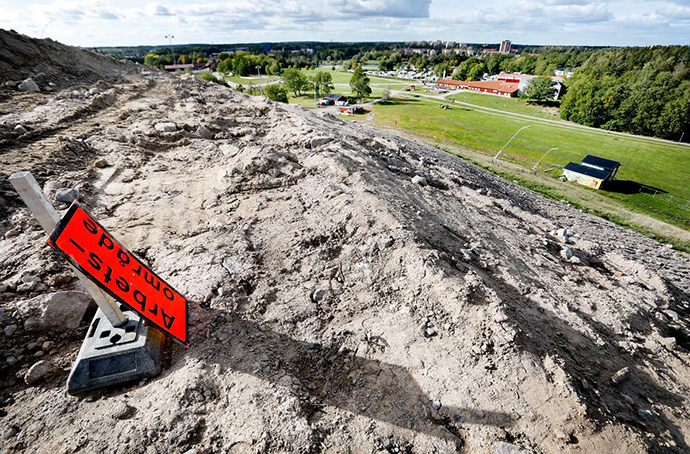 Material removed from a new Amazon Web Services data center in Sweden is helping the nearby Vilsta ski area add enough slope for half a dozen more turns and a giant slalom course.
Photo courtesy of Business Sweden

That explains why that company list keeps growing, with Facebook this past May committing to further investment at its site in Luleå where it first decided to establish a data center in 2011 and has invested $1.2 billion to date. When the new data center goes operational in 2021, the campus will be more than 100,000 sq. m. (1 million sq. ft.), making it one of the largest data centers in the world. Google, meanwhile, is acquiring a 109-hectare property in Horndal in the Avesta municipality for its own data center yet to come.

For all of these huge, socially conscious companies (as well as for colocation providers and now blockchain/cryptocurrency investors), clean sustainable energy is growing in importance as a location factor, says Bergstrand.

"Close to 100 percent of Sweden's power is carbon-neutral thanks to an extensive supply of hydropower and other renewable sources like wind and biofuel," she explains, with heat recovery making the carbon footprint even greener. "Your data center can even become climate positive thanks to heat recovery," she says. "With a data center load of 10 MW, around 20,000 modern residential apartments (55 kWh/sq. m. per year) could be heated. For low carbon and high sustainability, Sweden is tough to beat."

According to Business Sweden, the data center industry in the country is currently growing at an estimated 14 percent per year, and is expected to employ 30,000 people by 2025.