America Cannot Afford to Fall Behind

Why do recent reports and data show a drop in inward U.S. foreign direct investment? 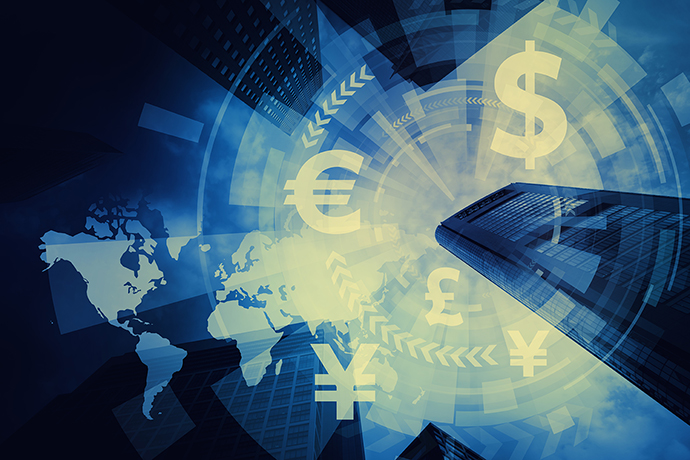 The American economy is widely seen as the global engine of growth. And it should be noted that international companies and investors are a critical component of America's economic foundation, a trend that must continue. America cannot afford to become less economically competitive.

A new report authored by economist Daniel J. Ikenson, "Economic Bedrock," illuminates the critical role that international companies play in strengthening America's economy and local communities. It goes beyond the 7 million U.S. jobs and the 24-percent-higher wages and benefits that those workers earn from international companies operating in the United States. It explores more than a decade's worth of data and uncovers some remarkable facts. For example, international companies have led a resurgence in U.S. manufacturing, creating new opportunities for U.S. workers, providing retirement security and dramatically increasing their contributions to local communities. 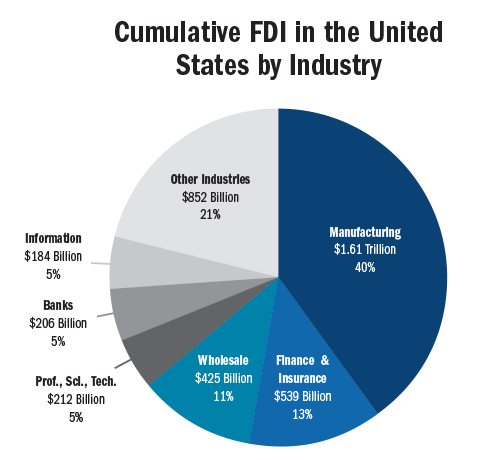 In the study, Mr. Ikenson, director of the non-partisan Cato Institute's Herbert A. Stiefel Center for Trade Policy Studies, examined data from a 15-year period for international companies operating in the United States and compared it to the private-sector U.S. economy as a whole. He noted that "the potential contributions to U.S. economic growth and dynamism stemming from investments in the U.S. by international companies cannot be overstated … international companies provide a stable foundation of excellence that strengthens our economy and supports our workforce."

One of the most significant benefits of foreign direct investment (FDI) in the U.S. economy is job creation. When international companies decide to establish or expand operations in the United States, they create jobs for American workers — typically with wages and benefits that are 24 percent higher than the economy-wide average, and with job training that is highly valuable. Currently, 6.8 million American workers are employed by international companies.

Another additional benefit is that international companies give a boost to domestic supply chains, many of which are small businesses. These international companies also significantly contribute to their local U.S. communities and charities, as well as reinvest profits back into their U.S. operations through research and development, facility and workforce expansions, and employee training. All of this makes the U.S. economy more resilient, which in turn keeps us highly competitive for additional FDI.

Fly In the Ointment

Unfortunately, recent data indicates that international companies are hitting the pause button on their investments. According to preliminary data from the U.S. Bureau of Economic Analysis, Foreign Direct Investment in the United States (FDIUS) dropped dramatically in the second quarter of 2018. Preliminary Q2 2018 FDIUS flows were in negative territory, resulting in a divestment of $8.2 billion. It is worth noting that there have been only six instances of a net divestment in quarterly FDIUS since 1982. This is highly worrisome, given that after record-breaking years in 2015 and 2016, FDIUS in 2017 was down 40 percent from 2016.

The United Nations Conference on Trade Development (UNCTAD) echoed this news, indicating in its Investment Trends Monitor report that global FDI fell by 41 percent in the first half of 2018 compared to the same period in 2017. UNCTAD pointed to a strong decrease in FDI inflows to the United States as one of the causes for the overall drop.

Lower FDI flows are not just numbers in a report. A downturn in FDI could negatively affect American workers and their families across the country, especially in states with a high concentration of FDI jobs. For example, New Jersey and South Carolina are the top two states for FDI — where FDI jobs represent eight percent of total private-sector employment — followed by New Hampshire, Kentucky, Indiana and many others where FDI jobs make up a significant percentage of the private-sector workforce. 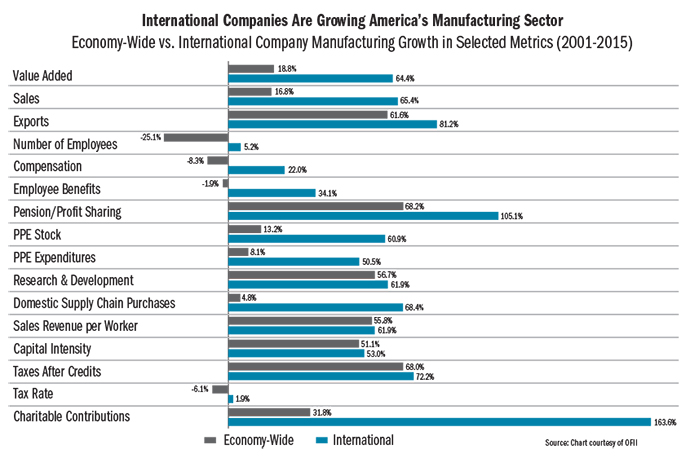 It is important to remember that international companies have many choices about where to invest and expand, and it is critical that the United States positions itself as the most attractive place to do business. To help policymakers focus on steps that will further improve America's competitiveness, my organization has developed a strategic plan.

Where to start? The first step that policymakers can take is to minimize uncertainty for international companies that invest or want to invest in the United States. The Trump Administration has taken a number of trade-related actions that have created uncertainty for foreign investors — for example, the Administration has imposed tariffs on more than $90 billion of imported materials and products, including steel, aluminum, washing machines and a range of goods imported from China. U.S. trading partners, including the European Union, Canada, Mexico and China, have retaliated in a similar fashion, and in many cases, weakened competition has driven domestic prices for materials and products higher.

In addition, the Administration has used the pretext of national security to potentially slap tariffs on U.S. and global automakers. If the Commerce Department succeeds in imposing tariffs on the auto industry in the name of national security, it will have a major chilling effect on FDI. Many international automakers — Honda, Hyundai, Nissan, Kia, Mazda, Toyota, Volvo, Volkswagen, to name a few — have operations across the U.S. and employ thousands of American workers.

We recommend that the White House create a Global Competitiveness Council to generate an FDI policy roadmap that can achieve a national goal of increasing FDI by 20 percent within the next four years, and to provide feedback on the unique impact that regulatory actions could have on international companies operating in the United States.

We also recommend a number of steps to boost America's economic advantage, such as pursuing new free trade agreements; harmonizing U.S. regulations with global standards; reducing tariff and non-tariff barriers; opposing procurement policies that discriminate against U.S. employers with global supply chain requirements; and broadening awareness among policymakers of the link between competitiveness for FDI and federal tax treaties and trade agreements.

Anyone who questions the value of trade should remember that international companies — and the 7 million Americans they employ — have a $4-trillion stake in boosting America's economic success. They demonstrate the importance of cross-border connections. They are foundational to American prosperity.

Nancy McLernon is president and CEO of the Organization for International Investment (@OFII).