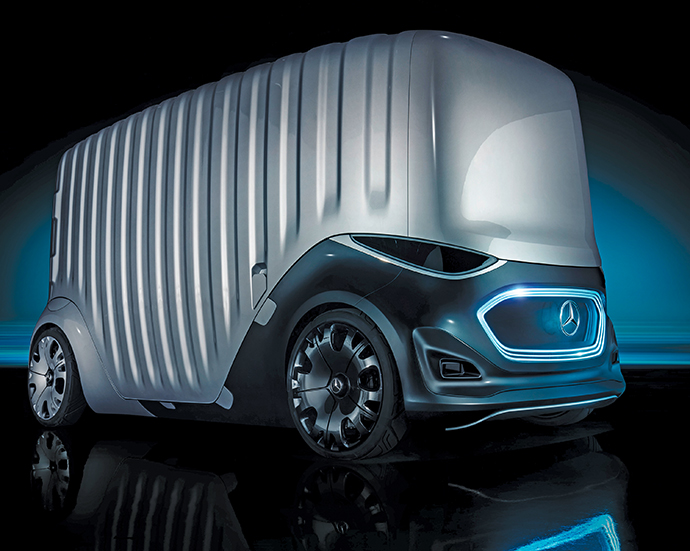 Mercedes-Benz Vans’ URBANETIC concept, based on autonomous vehicles, seeks to remove “the separation between people moving and goods transportation” and improve urban life.
Photo courtesy of Daimler
by ADAM BRUNS

Looking to position yourself near autonomous, smart and electrified vehicle R&D? It seems as if there's an autonomous vehicle (AV) test bed around every corner — including Site Selection's hometown Atlanta suburb of Peachtree Corners.

It's still very early: The Brussels-based European New Car Assessment Program reminded us in October that even though more than 70 percent of car drivers believe that it is already possible to purchase a car that can drive itself, no car on the market today offers full automation or autonomy. But an Intel study released the very next week found that 63 percent of survey respondents expect AVs to be the norm in 50 years. "That future vision fits with an earlier study in which Intel predicted a passenger-centric future worth $7 trillion by 2050," said Intel. When asked what they expect to do in an AV in the next 50 years, people said:

The hot spots are indeed growing: Arizona has its new Institute for Automated Mobility (in partnership with Intel). Michigan has the University of Michigan's Mcity in Ann Arbor. Cities from Boston, Austin and Nashville to Pittsburgh, Reno and Silicon Valley (where Korea's Mando opened an AV R&D center last year) all lay claim to some degree of AV clustering. 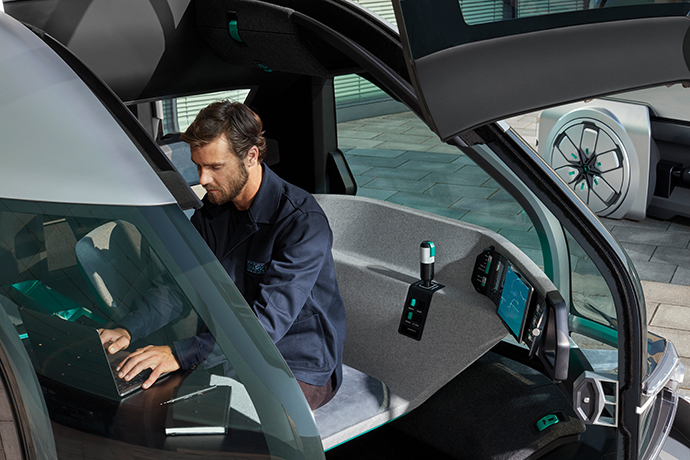 By the second half of the 2020s, MONET plans to roll out Autono-MaaS (autonomous mobility as a service) businesses using e-Palette, Toyota's dedicated battery electric vehicle for mobility services that can be used for various purposes, including logistics and sales. The roll-out will be limited to Japan, but "with an eye to future expansion on the global market."

Toyota President Akio Toyoda said the JV was the two partners' way of addressing how to best use CASE technologies ("connected," "autonomous," "shared," and "electric"). "I think that cars will become part of our social network by connecting us to our communities through data and information, and helping to provide services that support our everyday lives," he said. He sees the two partners collaborating with their respective allies "to realize an unprecedented future mobility society."

Toyota has also invested $500 million in Uber's autonomous driving research. Meanwhile, GM and Ford are among the companies working on the same thing with Uber's chief rival Lyft. Honda, GM and Softbank all are collectively investing billions and collaborating with San Francisco-based Cruise to fund and develop a purpose-built autonomous vehicle that can serve a wide variety of use cases and be manufactured at high volume for global deployment.

"With the backing of General Motors, SoftBank and now Honda, Cruise is deeply resourced to accomplish our mission to safely deploy autonomous technology across the globe," said Cruise CEO Kyle Vogt. Cruise driverless cars are currently testing in California, Arizona and Michigan.

In October 2017, a consortium led by TRL was awarded £13.4 million of the UK government's £100-million Connected and Autonomous Vehicle (CAV) test bed funding to create a real-world test environment for the development of future mobility solutions. The consortium includes DG Cities, Cisco, Costain, Cubic, Loughborough University, Transport for London and the London Legacy Development Corporation. Delivery partners include Millbrook Proving Ground and the University of Surrey's 5G Innovation Centre. A Smart Mobility Living Lab (SMLL) will be located in London, based in the Royal Borough of Greenwich and nearby Queen Elizabeth Olympic Park in Stratford.

Dubai's Roads and Transport Authority in October showcased the first test run of an autonomous taxi at the GITEX 2018 exhibition. This program and other initiatives are part of the Dubai Smart Self-Driving Mobility Strategy that aims to transform 25 percent of Dubai's total journeys into self-driving transit means by 2030. The vehicle was run on dedicated routes at Dubai Silicon Oasis, which designed the vehicle system in collaboration with DG World.

Germany's Bosch in July announced it would invest €101 million to expand its Budapest development center by 90,000 sq. m. (968,785 sq. ft.) as well as add a new test track. "The Bosch facility, which will be based on Hungarian engineering expertise, will be the Group's second largest European development center and create new opportunities for testing electric and self-driven vehicles," said Hungarian Minister of Foreign Affairs and Trade Péter Szijjártó. 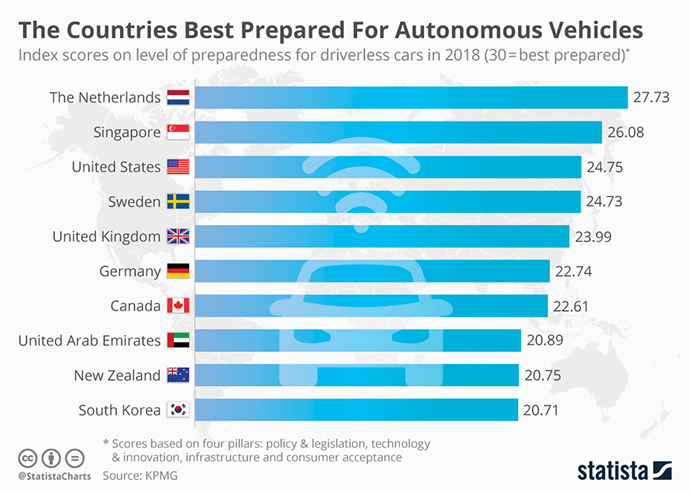 A recent KPMG report gauging countries’ readiness for autonomous vehicles also looked at the number of electric vehicle charging points per 100 kilometers of paved road, with the Netherlands leading in both categories.
Graph courtesy of Statista