Have We Reached Foxconn Level 5? 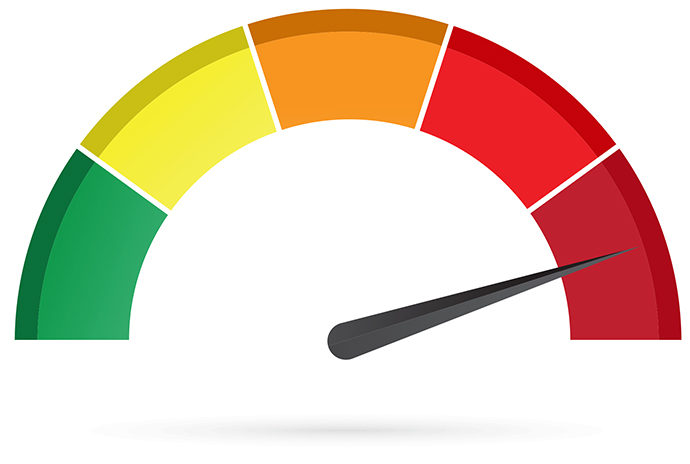 Tim Bartik, Ph.D., is senior economist at the W.E. Upjohn Institute for Employment Research in Kalamazoo, Michigan. His research focuses on how broad-based prosperity can be advanced through better local labor market policies. His 1991 book "Who Benefits from State and Local Economic Development Policies?" is widely cited as an influential review of the evidence on how local policies affect economic development. His more recent work includes developing a database of U.S. economic development incentive programs, studying policies promoting local skills and their effects on prosperity, and examining how early childhood programs could promote local economic development, explored in his 2011 book "Investing in Kids." Bartik has also done extensive research with colleagues on the effects of the Kalamazoo Promise, a pioneering place-based scholarship program intended to improve the local economy.

At Site Selection's invitation, here Bartik presents an adaptation of his recent work developing a simulation model of incentives' benefits and costs.

Based on my 2017 database (Bartik 2017), state and local business incentives tripled from 1990 on. The recent Foxconn incentives deal is 10 times as large per job as the average incentive deal. If Foxconn-level deals are widely imitated, incentive costs might dramatically escalate. Can such incentive trends be sustained? That seems doubtful.

More sustainable incentives can be achieved with reforms that cut costs, while simultaneously making incentives more productive. My suggested reforms:

To analyze different incentive policies, earlier this year I constructed a model of local economies. This model was based on research on how business location decisions respond to incentives, how job growth affects migration and employment rates, and how growth affects state and local government finances.

The baseline incentive package was set equal to the average tax incentives provided by the average state. I assumed that the jobs created by the incentives had a typical "job multiplier" of 2.5 — for each job directly created by incentives, 1.5 additional jobs are created in local suppliers and local retailers. I assume that the incentives' budgetary costs are paid for by some combination of increases in other taxes and reduction in public spending, but without severe consequences for any one budget category. 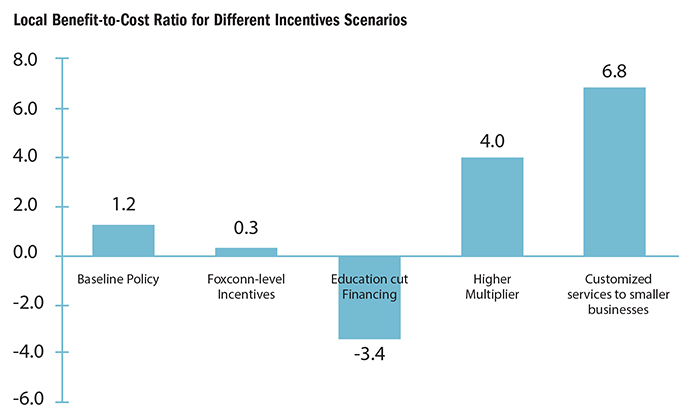 The average incentive package in the U.S. has a benefit cost ratio of 1.2 —benefits are 20 percent greater than incentive costs. Incentives pay off for local residents in higher earnings and some fiscal gains, but only modestly.

But Foxconn-level incentives, of 10 times as great, only have a benefit cost ratio of 0.3—the benefits are 70 percent less than the incentive costs. Incentives have diminishing returns because higher incentives do not proportionately increase the odds of tipping the location decision.

Incentives that are totally financed by cutting spending on K-12 education have a negative benefit-cost ratio. Cuts in K-12 spending lead to cuts in future wages.

If the incented firm has a high local job multiplier of 6 — which is supported for some high-tech firms — then the benefits of incentives are four times their costs. The job growth due to cluster effects can be large.

Such a balanced strategy makes more sense than escalating the incentive wars to Foxconn levels.