Region on the Rise

Birmingham’s city center revs the growth engine of an area leading the UK in startups, FDI and talent. 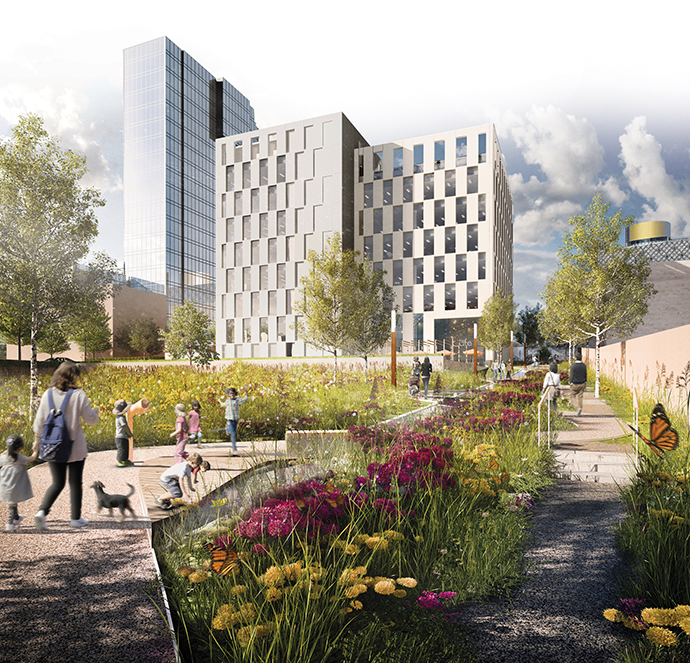 Asked about the Birmingham of a generation ago, Martin Guest, managing director of CBRE's Birmingham office, describes a gray city of drab concrete architecture, surrounded by a ring road that effectively created a barrier around the city center. Huge flocks of starlings filled the sky, and all in all, it wasn't the most inspiring of locations.

Today the ring is mostly demolished, making the city far more open to investments such as the headquarters HSBC UK chose to set up in Birmingham, now welcoming up to 2,500 staff to a new complex in the city center. They're part of a financial and professional services cluster in the region that got started a decade ago when Deutsche Bank moved a handful of people into Brindleyplace, where the German bank now has 1,500 people in the city center.

HSBC cited Birmingham's central location as a driving factor for the location decision, as well as the site's central location just a 10-minute walk from Birmingham New Street Station, where an easy rail journey of under 90 minutes to London will soon be more than halved by the arrival of the UK's High Speed 2 (HS2) rail service.

"Thirty years ago, that station was one of those places you'd arrive at and want to stay on the train," says Guest. About three years ago, a mixed-use refurbishment opened, and now the opposite dynamic is in play: "Now, if they arrive by car, we will absolutely take them to see Grand Central," Guest says. "It's one of the busiest stations outside of central London, and a big connector."

"Birmingham is booming," J. Tate Godfrey, executive director of the Industrial Asset Management Council, wrote me recently as he waited at that very train station for a return trip to London after a meeting. "An incredible number of cranes in sight in the downtown area is a highly visible indicator of Birmingham's recent economic development success."

The city also is on the short list as the new home for UK public broadcasting service Channel 4, and will host the 2022 Commonwealth Games. The connections only figure to multiply as HS2 ramps up toward its 2026 launch. In addition to creating tens of thousands of jobs as a project, HS2's executive HQ is headquartered in Birmingham, driving a further uptick in jobs and in real estate demand in an already surging market.

Figures released in June 2018 by the UK Department for International Trade showed the West Midlands to be the only area in the country seeing growth in both foreign direct investment (FDI) projects and in the jobs those projects create. A total of 171 new FDI projects (a 13-percent increase) were recorded during 2017/18, with the number of associated jobs reaching 9,424 — a 43-percent increase, and the highest number of new jobs created in any area outside London.

"Foreign companies are investing here as they to look to capitalize on the flourishing network of innovation hubs, R&D facilities and enterprise zones that underpin the West Midlands' success," said Neil Rami, chief executive of the West Midlands Growth Company, which operates Business Birmingham. Those areas in turn are underpinned by what he called a "world-class talent pool."

You might say those flocks of starlings have been dispersed by flocks of stars. And whether they're companies or citizens, lower costs allow those stars to shine.

Guest points out that the all-in office occupancy costs come in at around 50 percent of London's. Zoopla online's May 2018 annual survey of hours & earnings found the average house price in Birmingham of just over £200,000 placed it well down the list at 10th most expensive metro market in the UK. Sub-regions like the Jewellery Quarter and Digbeth are proving to be ideal places for young professionals to live. 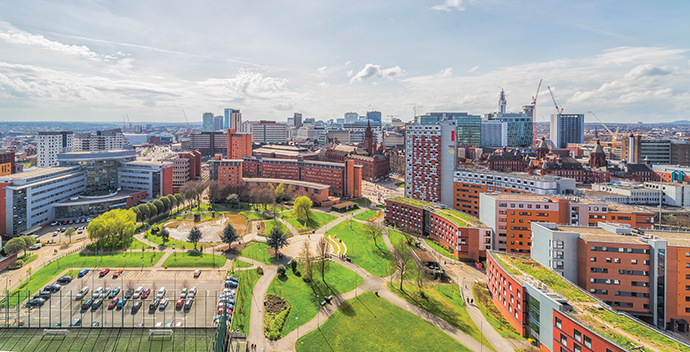 The youngest city in Europe, Birmingham’s population is projected to rise by 171,000 to 1.3 million over the next two decades.

"I'm often asked whether I miss London," says Dave Shaw, an assessment and capability manager at HSBC. "I can honestly say that my answer has never changed — I love it here in Birmingham. It's awesome. It has almost everything that London has but everywhere is within such close walking distance — I walk everywhere, including on my so-called 'commute,' which is now just a stunning 20-minute walk along canals."

"More people are moving here from London and the southeast than any other UK city," says Waheed Nazir, corporate director, economy for the Birmingham City Council, "and significantly, around half of our graduates are choosing to stay on in the city."

Leasing activity surpassed 1 million sq. ft. in 2017. In addition to attracting the most UK internal migrants, the metro area is also leading the way in startups: Between 2015 and 2016, their number ballooned to 17,473 (second only to London among the UK's 16 major metro markets), a growth rate of 23.5 percent (second to none).

"However, what's genuinely exciting," says Nazir, "is that Birmingham is not even at the mid-point of its growth curve."

This Investment Profile was prepared under the auspices of the West Midlands Growth Company, whose mission is to help create new jobs, build and expand businesses, attract regional investment and encourage tourism. For more information, visit wmgrowth.com or call the head office in Birmingham at +44 (0)121 202 5115.