This growth nexus just south of Albuquerque speeds your project to market, so you can deploy multiple transport modes to speed your products to customers. 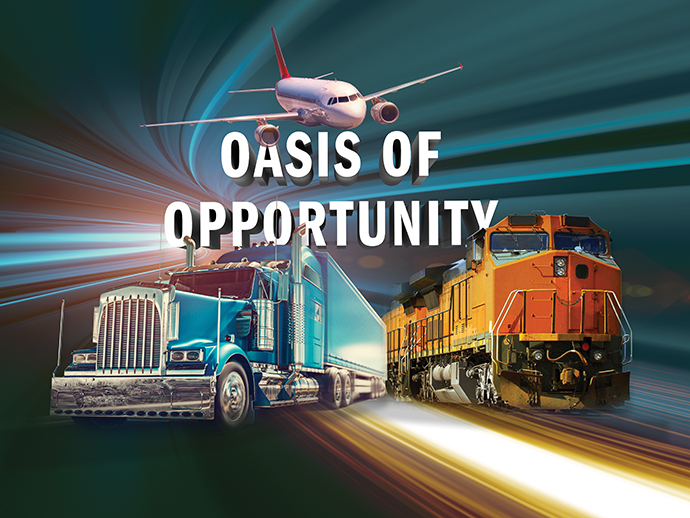 Designed to attract manufacturing, warehousing, fulfillment centers and data centers to the area, the development will be rail-served via a near-dock facility, but also supports trucking and air freight. The park — strategically located near BNSF's Southern Transcontinental mainline that connects Los Angeles and Chicago, and interstates I-25 and I-40 — also has the ability and available land to bring in a unit train operation that can handle both wet and dry commodities.

"Our vision is to develop a world-class industrial development that will transform Central New Mexico into a major transportation hub, and a gateway to the global economy," says Owner/Broker Robin R. Dyche.

The park has been developed and marketed by RIO Real Estate Investment Opportunities, led by Dyche and fellow Owner/Broker Tim Cummins, who together have nearly 90 years' experience. "Working with RIO reduces development time, increases speed to market, and reduces upfront development risks," says Cummins. "Your site can be under construction before most sites have their first public hearing."

Begun as a brokerage operation, RIO entered industrial development 20 years ago. Today, the firm is one of the largest owners of industrially zoned and entitled land in New Mexico. Also among the seasoned veterans on the squad are RIO's Qualifying Broker Tim MacEachen and Bob Gomez, with 44 years at BNSF under his belt. "The reason we got into this development was a lot of manufacturers came to us and said, 'We want to ship by rail,' " he says. 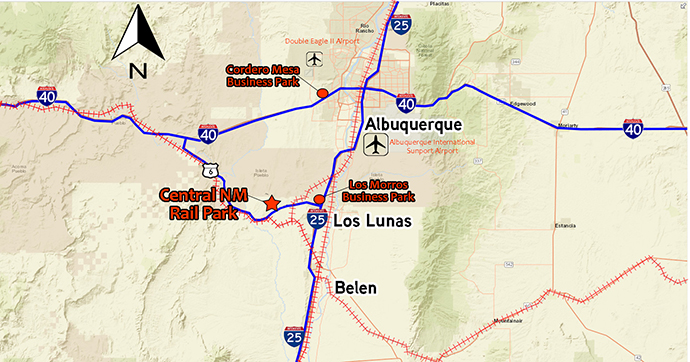 The BNSF certification process and RIO's full-service offer mean it's about much more than trains. At the rail park and at RIO's 500-acre Los Morros Business Park just down the road (where 200 acres are remaining), speed to market is nearly as swift as the trains and trucks zooming through the region.

Colby Tanner, assistant vice president, economic development for BNSF, says the rail park is seeing interest from various industrial and agricultural customers, "particularly manufacturers and distributors who view the region and the park itself as the ideal place to bring in raw materials for industrial production."

What makes this certified site unique?

"The Central New Mexico Rail Park is strategically located on our Southern Transcon route in a target market for a variety of commodity types," Tanner says, "and is being developed in partnership with a seasoned RIO real estate company."

Strong potential from U.S.-Mexico goods movement could figure in the future for the master-planned park.

"We've had a lot of inquiries about how we could coordinate shippers coming to and from Mexico," Gomez says. "We're just a few miles from Belen [BNSF's fueling site] and then south to El Paso, the largest international gateway. We're seeing a lot of intermodal coming out of Mexico, which we didn't see before."

"The park's location on the Southern Transcon, as well as access to southbound I-25, gives tenants a unique opportunity when it comes to cross-border movements," says BNSF's Colby Tanner, as analysis continues to determine which origin/destination pairs will most benefit customers.

“Your site can be under construction before most sites have their first public hearing.”
— Tim Cummins, Central New Mexico Rail Park

"The progressive leadership in Los Lunas promotes an ease of doing business that equates to speed to market for industry looking to locate in Village. "They are absolutely pro-business, and are so good to work with through the entire process," Dyche says.

The park at full buildout could welcome more than 3,000 jobs and serve as a regional economic development center for a multi-county region.

That potential is one reason why the village just received a $1.3-million U.S. Economic Development Administration grant to support water infrastructure improvements at the rail park in the form of a 21,000-ft. water pipeline along State Route 6 and the railway.

U.S. Senator Tom Udall could have been talking about the park as much as the pipeline when he said, "Strengthening New Mexico's freight infrastructure is critical to connecting our local businesses with the world and strengthening our state's economy." 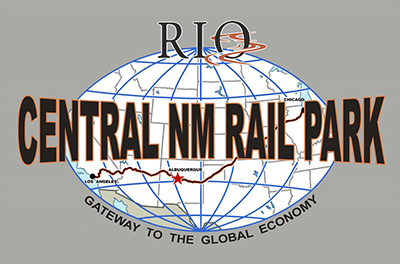 This Investment Profile was prepared under the auspices of RIO Real Estate Investment Opportunities, LLC. For more information, visit www.rio-re.com, or contact Robin Dyche at 505-296-6388 or robin@rio-re.com.